Distinguished Professor H. A. B. Coker bows out of Service

You are here:
Faculty of Pharmacy NewsUnilag General News 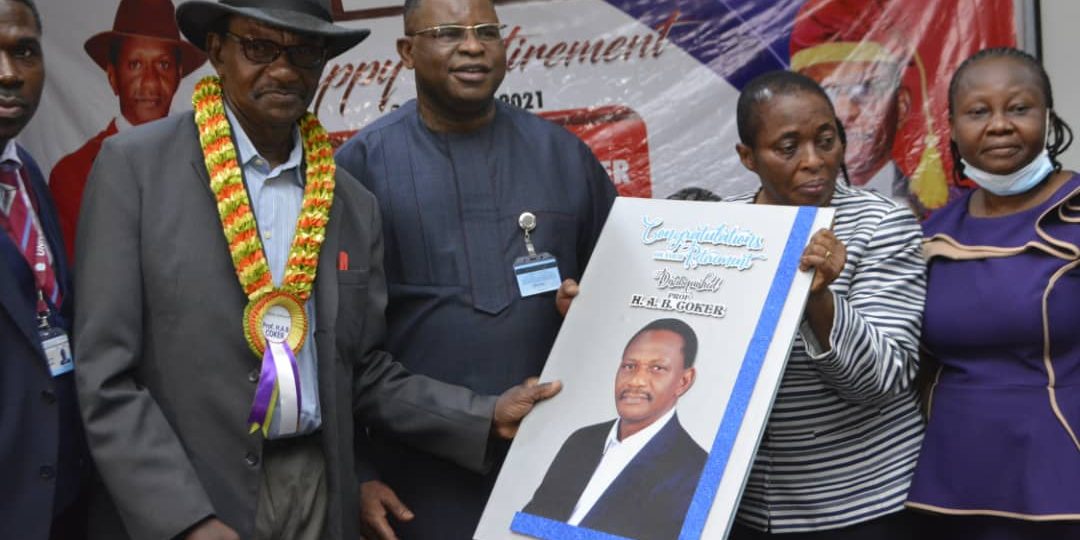 The Old Great Hall of the College of Medicine, University of Lagos, Idi-Araba, was filled with razzmatazz on Tuesday, August 24, 2021 as the Faculty of Pharmacy celebrated one of its own, Distinguished Professor Herbert A. B. Coker as he exited active service having attained the age of 70 years.

In his address, the Vice-Chancellor, University of Lagos, Professor Oluwatoyin T. Ogundipe, who was represented by the Deputy Vice-Chancellor, Management Services, Prof. Lucian Chukwu, eulogised the celebrant, describing him as a mentor to many who are making indelible footprints in the University of Lagos and beyond. He encouraged all present to take cues from Professor Coker by seeing whatever they are as a calling to impact lives hence, they should be mentors and not tormentors.

Prof. Chukwu noted that apart from the retirement training, the University of Lagos is putting together an entrepreneurship programme through the Entrepreneurship and Skills Development Centre, to arm retiring members of staff with requisite skills for use post retirement.

The Chairman of the occasion, and CEO, Business School Netherlands, Prof. Lere Baale, in his speech, showered encomiums on Prof. Coker describing him as a diligent individual and friend who enjoys what he does.

The Guest Speaker, Prof. Haruna Kaita, a former Vice-Chancellor of Federal University, Dutsinma, delivered a speech on “Pharmaceutical Chemistry Fantasies: Celebrating an Academic Icon”. He extolled the virtues of Distinguished Prof. H. A. B. Coker calling him an active researcher and one of the most level-headed men he has come across in Nigeria.

Former students, friends, mentees and colleagues of the Distinguished Professor who converged both physically and virtually also took turns to shower tributes, they adjudged Distinguished Professor Coker a friend, ardent researcher, quintessential mentor, amiable man, an inspiration, accommodating and humble fellow; a man who is leaving behind legacies, having produced many professors. He was also described as intelligent yet humble and approachable.