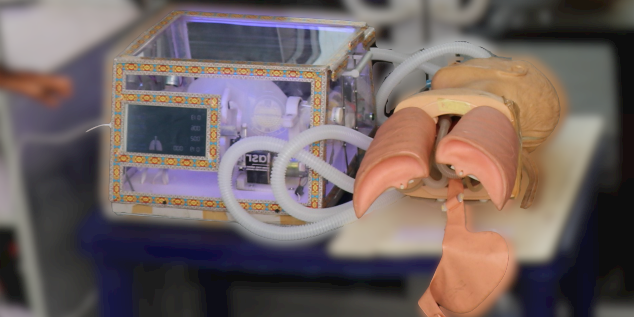 The Ambubag based Medical Ventilator invented by the University of Lagos was among outstanding innovations which won the Lagos State Government the second position at a Science Technology Research and Innovation Expo.

The Expo which held between Monday, March 15 and Friday, March 19, 2021 at the Federal Capital Territory was organized by the Federal Ministry of Science, Technology and Innovation.

According to a letter from the Lagos State Science, Research and Innovation Council (LASRIC), the Ambubag Ventilator which was developed by a team of researchers in the University of Lagos led by Professor Hakeem Amuda in partnership with the Lagos State Science, Research and Innovation Council as part of a national response to the COVID-19 pandemic, was among very few innovations which caught the attention and won the admiration of stakeholders during exhibition at the expo, a feat which also won the Lagos State Government an award.

The ventilator branded the LASRIC/UNILAG Ambuvent (coined from Ambubag and Ventilator) and conceptualized as a Simple, Efficient, Affordable device with substantial Local content (SEAL) was unanimously adjudged a “game-changer” in the management of patients in respiratory distress. This is based on its effectiveness in providing access to affordable ventilator unlike the conventional expensive mechanical ventilator and its hybrid power system using an embedded solar design which permits deployment in communities with inadequate or no electricity supply from the national grid. It also does not require any specialized training to be operated, hence the acronym “SEAL” behind the design of the device.

It would be recalled that the Low-Cost Rapid Deployable Synchronous Two-Motor Ambu-Ventilator for Patients in Respiratory Distress was also exhibited during the 51th Convocation Ceremonies of the University of Lagos which held in July 2021.