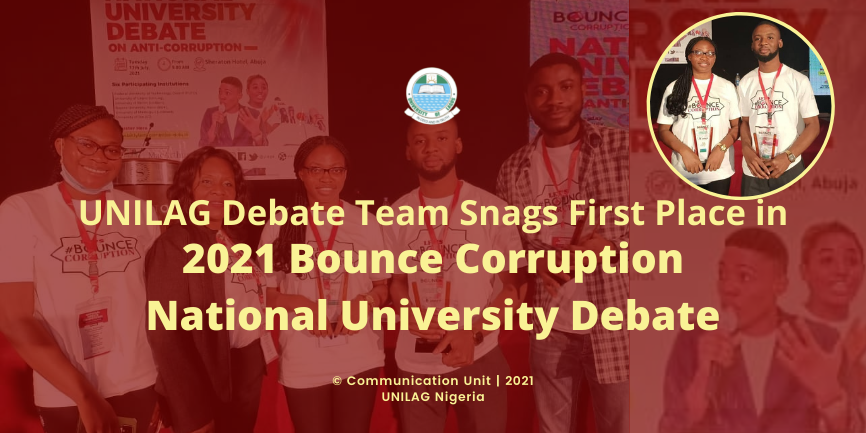 The University of Lagos (UNILAG) Debate Team has once again raised the UNILAG flag high by emerging victorious at the 2021 edition of the Bounce Corruption National University Debate. The National Debate Competition which focused on Anti-Corruption was organised by Yiaga Africa and the MacArthur Foundation and held on Tuesday, July 13, 2021 in Abuja, Nigeria.

For the preliminary round, each team debated on the affirmative and opposing side of three (3) topics below;

At the final stage, Team UNILAG debated in opposition on the motion “This House believes that the current structure of anti-corruption agencies, not the absence of political will impedes the effort to effectively fight corruption”.

This they also won with a unanimous decision by the judges, making them the champions at the 2021 edition of the Bounce Corruption National University Debate.

Members of the University of Lagos Debate Team are: