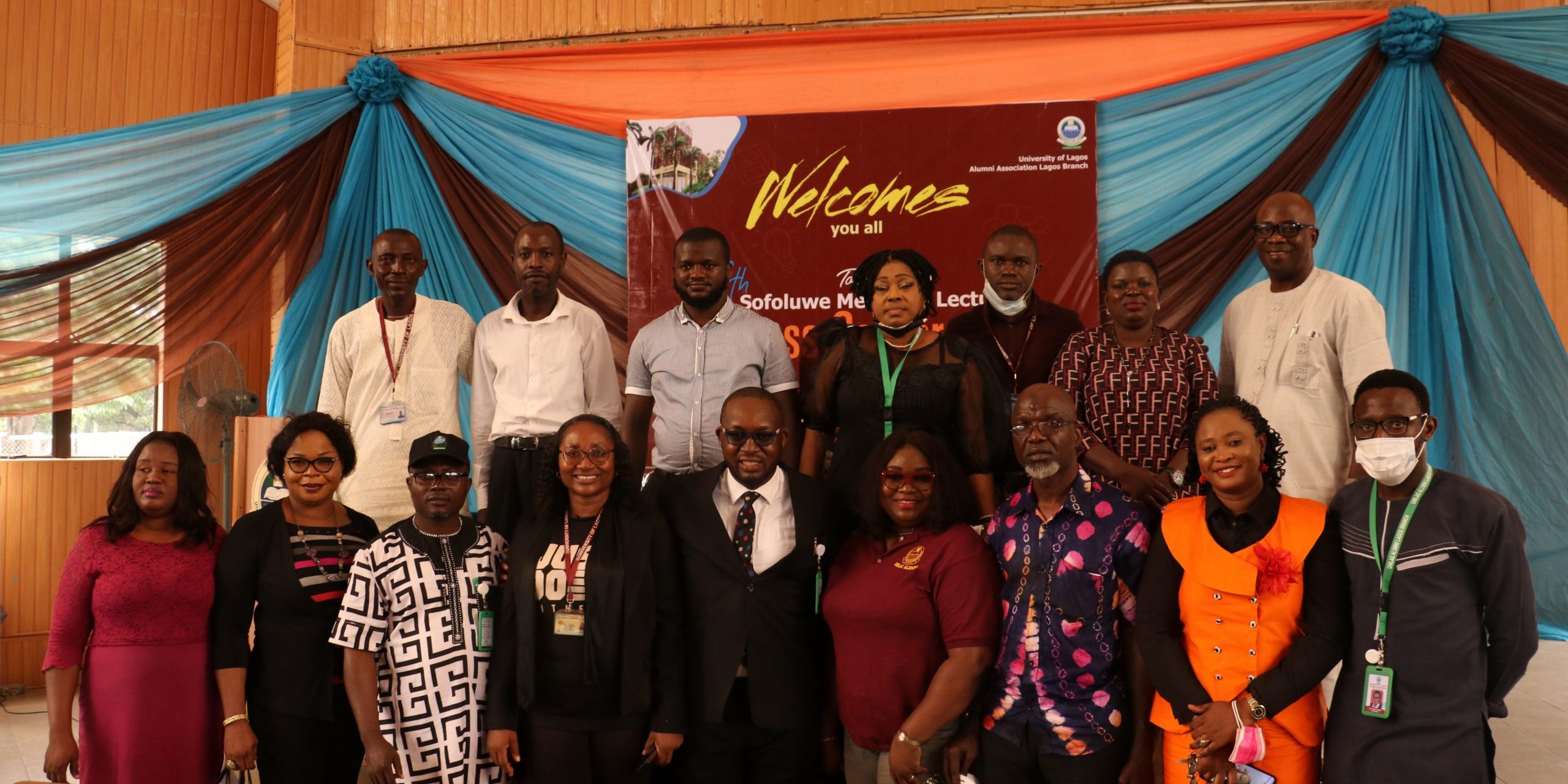 Former Vice-Chancellor, University of Lagos; late Professor Adetokunbo Babatunde Sofoluwe has been described as an enigma whose life and times taught humility, dedication and friendliness.

Speaking on Thursday, July 22, 2021 at a Press Conference which held at the Afe Babalola Hall of the University of Lagos to herald the 9th Annual Memorial Lecture of the late Professor Sofoluwe, the Chairman, University of Lagos Alumni Association, Lagos Branch; Dr. Benjamin Olowojebutu said the annual event is not only to further immortalize the deceased but to again celebrate the productive legacies he left behind.

Reeling out the series of activities lined up for the annual celebration, Chairman, Planning Committee for the 9th Professor Adetokunbo Sofoluwe Memorial Lecture and Acting Head of Department, Cell Biology and Genetics: Dr Khalid Adekoya said come Wednesday, July 28, 2021, no fewer than 200 people will enjoy cervical screening, Dental Check-ups and Eye tests while fewer than 200 eyeglasses will be distributed all at no cost to the beneficiaries.

This, according to Dr. Adekoya, will be followed by a Walk for Life exercise at 8 am on Thursday, July 29, 2021, as a prelude to the 9th Professor Adetokunbo Babatunde Sofoluwe Memorial Lecture which holds at 11 am at the J.F. Ade Ajayi Auditorium.

The lecture titled: Education Administration and the New Normal: A forecast of the Nigeria educational system in a post-pandemic era will be delivered by the Vice-Chancellor, Obafemi Awolowo University, OAU Ile-Ife; Professor Eyitayo Ogunbodede under the chairmanship of late Prof. Sofoluwe’s successor and the immediate past Vice-Chancellor of the University of Lagos: Professor Rahamon Bello.

Speaking to issues about the sustenance of the legacies of the late Vice-Chancellor as raised by journalists at the Press conference, Dr. Benjamin Olowojebutu and Dr. Khalid Adekoya affirmed that the late Professor Adetokunbo Sofoluwe remains a change agent and an enigma whose legacies which included the recruitment of best two graduating students across departments as Graduate Assistants contributed largely to the continued improvement in the ratings of the University of Lagos.

Born on April 15, 1950, the late Professor Adetokunbo Babatunde Sofoluwe completed his first degree in Special Mathematics in 1973 in the University of Lagos, he was a pioneer National Youth Corps Member (1973), earned his Masters’ in 1975 and his Doctorate in 1981 from Edinburgh University, Scotland.

The late Professor Sofoluwe began his teaching career as a Graduate Assistant in 1976, became a Professor of Computer Science in October 1996 and served in several capacities such as Head, Department of Computer Science (1989-1991 and 1994-1996), Dean, Faculty of Science (1998-2002), member, University of Lagos Governing Council and Deputy Vice-Chancellor, Management Services.

Late Professor Adetokunbo Sofoluwe succeeded Professor Tolulope Odugbemi by becoming the 10th Vice-Chancellor of the University of Lagos on January 31, 2010, a post he held till Friday, May 11, 2012, when he succumbed to the cold hands of death at the age of 62.