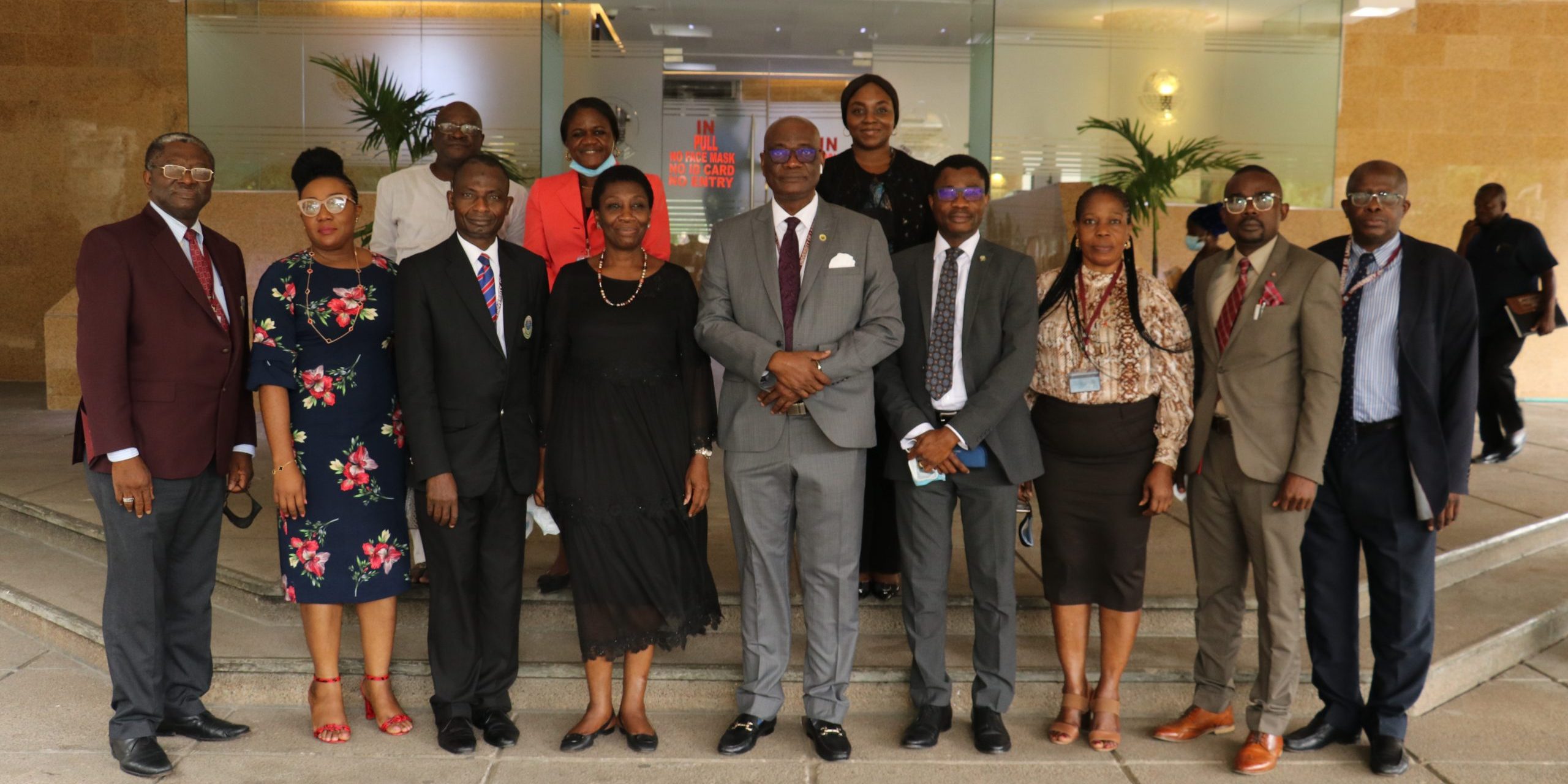 The need to develop and introduce a plethora of development finance programmes for Nigeria’s vibrant youth population was once again on the front burner when the Vice Chancellor, Professor Oluwatoyin T. Ogundipe, FAS received the Head, Development Finance Department of the Central Bank of Nigeria, Dr. Adebowale Olabimtan, on Thursday, 15 July 2021 at the Senate Chambers.

Dr. Olabimtan revealed that their visit to the university was to kick-start the process of harnessing ideas, discuss implementation dynamics and share preliminary considerations of the proposed Central Bank of Nigeria’s initiative tagged: Tertiary Institutions’ Entrepreneurship Scheme (TIES), which is a follow-up to the pronouncement made by the Governor of the CBN, Dr. Gowin I. Emefiele, CON at the just concluded 51st Convocation Ceremonies lecture which was on the realization of the significant role of micro, small and medium enterprises (MSMEs) to economic growth.

He emphasized on the Apex banks’ quest of stimulating affordable and sustainable finance to priority sectors and segments of the Nigerian economy, of which MSMEs segment is important.

Dr. Olabimtan, who disclosed that the CBN Governor whom he represented at the just concluded 35th Conference of Vice-Chancellors of Nigerian Universities which held at the Kano State University of Science and Technology (KUST), unequivocally challenged the University management on the need to re-orientate youths to engage entrepreneurial culture through the introduction of three major intervention programmes which he explained as Grant component, Term loans and Equity component.

The Vice Chancellor in his response, thanked the team for choosing the University of Lagos to start the process of partnership with tertiary institutions. He informed that the University had made far-reaching efforts to open new routes to challenge its students in the area of entrepreneurship and skill acquisition.  He asserted that the entrepreneurial spirit amongst the students have drastically been raised with the establishment of an Entrepreneurial and Skill Development Centre with several programmes as well as support students to set up profitable business ventures along their chosen professions before graduation.

The Deputy Vice Chancellor, Development Services, Professor Ayodele Atsenuwa re-echoed the Vice Chancellor’s position and also informed on several interventions by the University through partnerships, and seminars encouraged students to acquire skills required to develop new ventures and start-ups, such as innovative thinking, business creativity, business planning, proposal writing, risk taking abilities, and business management skills, targeted towards developing the real sector of the Nigeria economy and making our graduates potential employers of labour rather than seekers of employment. She also seized the opportunity to disclose many interventions so far received from private and government establishments to the university specifically the sum of two hundred and fifty million donated by the Bank of Industry (BOI).

After the meeting, the team were led on a tour of the Entrepreneurship and Skill Development Centre (ESDC)and the Bank of Industry (BOI) Incubation Hub, led by DVC, (DS) Professor Atsenuwa who was in company of the Director of the Centre, Dr. Sunday Adebisi.