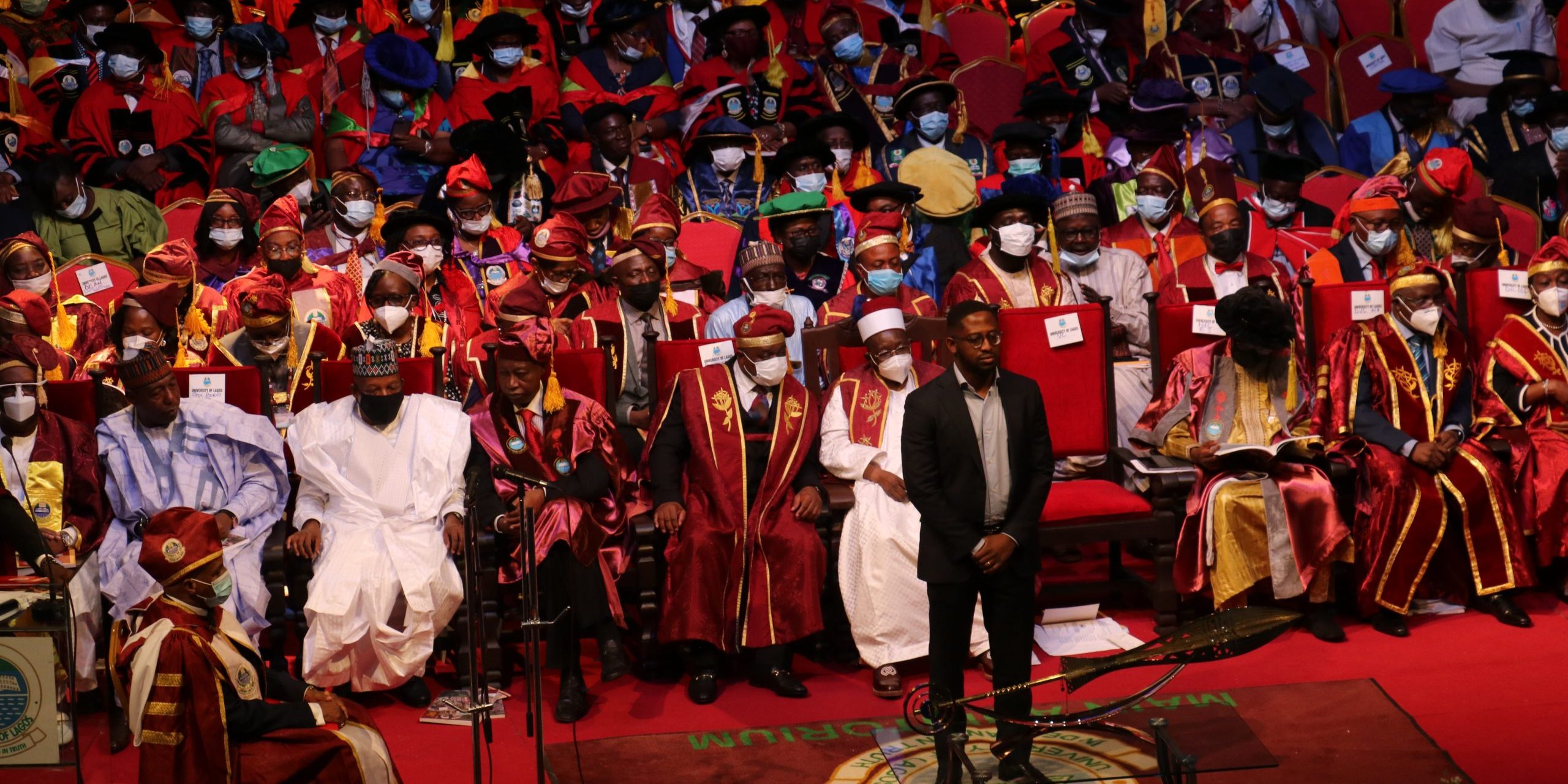 Late Nigerian Physician and a Consultant Endocrinologist, Dr. Stella Kweku-Adadevoh, was among five eminent personalities who were honoured with Honorary Doctorate Degrees (Honoris Causa) of the University of Lagos when the glitterati of this year convocation ceremonies came to a close.

The event which signalled the end of the week-long activities had a former Vice Chancellor of the University (2000-2007), Late Professor Oyewusi Ibidapo-Obe who passed away early this year, bagging a post-humous Emeritus Professorship which was received by his wife, Mrs Sola Ibidapo-Obe.

A total of 148 Ph.D. graduates were also awarded the highest academic honour, the highest in the institution’s history with Dr. Moruf Rasheed Olatunji of the Department of Marine Sciences, Faculty of Science, emerging as the overall Best Thesis awardee.

The Vice Chancellor, Professor Oluwatoyin Ogundipe, FAS while addressing the audience recalled the event of last year and the negative impact the cancellation of the scheduled convocation had on the University. He said it consequently put pain to all the efforts that was put in place to showcase and celebrate the graduating students. He remarked that incident gave birth to the appointment of Distinguished Senator Prince (Dr.) Olanrewaju Tejuoso, whom he described as an accomplished Medical Doctor, seasoned politician and has continued to prove to be the light at the end of the tunnel since his inauguration in April this year.

The Vice Chancellor’s speech transcends Research and Innovation, Entrepreneurship, and the many interventions from the University which became part of its contribution to national development. A key project in this regard was the development of a low-cost ventilator machine which he affirmed can easily be deployed for COVID-19 patients and other patients in need of a ventilator in hospitals.

Prof. Ogundipe noted that through the combined efforts of both academic and non-academic staff members of the University of Lagos, over N14 billion (fourteen billion naira) has been attracted into the University through research grants.

While commending the noble efforts of researchers in the University, and other feat in the past year, he mentioned key areas where support would be needed with a view to further consolidating the P3P Strategy – “Pick a Project, Pick a Programme, Pick a Person” Public-Private Partnership model, a brainchild of his administration that has been able to attract committed funding from friends and alumni of the University for the construction and renovation of facilities on campus, even in the face of the University limited finances.

Professor Ogundipe also used the occasion to seek for more support in a bid to continue to improve critical support for academic, research and infrastructural needs of the University. He spoke of the indigent students whom he says need all the assistance they could get to be at their best in their academic endeavour.

It was at the Vice Chancellor’s request for support that the Founder and Chairman of Zenith Bank Plc, Mr. Jim Ovia, announced the donation of 3,500 tablets to aid over 1,000 indigent students of the University of Lagos (UNILAG) in support of their online learning endeavours.

Similarly, one of the honorary award recipients, Sir (Dr) Kesington Adebukunola Adebutu, announced the donation of N200 million for the provision of effective internet facilities at the university’s College of Medicine, Idi-Araba. A gesture, he revealed was in response to a discussion he had with the Pro-Chancellor and Chairman Governing Council, Senator Lanre Tejuoso, 24 hours before the ceremony.

The Chancellor, His Royal Eminence, Alhaji (Dr) Abubakar Ibn Umar Garbu El-Kanemi, Shehu of Borno congratulated all the graduating students and charged them to prove their worth in their respective areas of discipline, having been properly groomed by some of the best brains in the country.

He lauded the management, faculty, staff and students for sustaining quality learning and peace at the University.

Earlier, the Pro Chancellor and Chairman of Council, Prince (Dr) Olanrewaju Tejuoso, assured that he is on a noble mission of restoring the University of Lagos back to the path of peace and ground-breaking progress.

Security Advisory to the University of Lagos Community
August 9, 2022