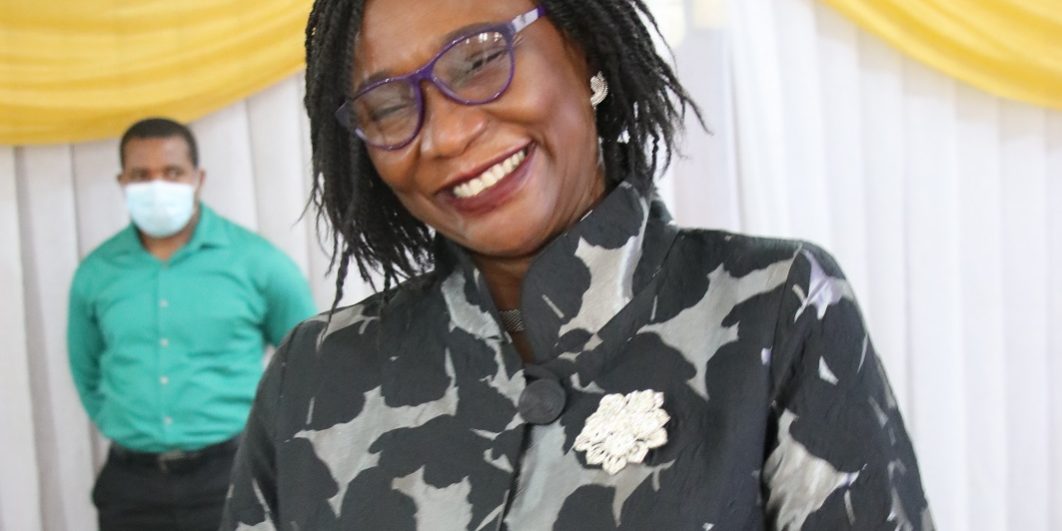 The Vice-Chancellor, while singing praises for “Sister Mi”, as he fondly calls Prof. Ogunsola, stated among other things that she is a woman who fears God, is assertive, frank, committed, one who knows how to play politics and has exceptional loyalty.

The Chief Medical Director, LUTH, Prof. Chris Bode, described Prof. Ogunsola as a woman who stands for justice, a woman of integrity, a beacon of hope and kindness personified.

The Acting Director, Entrepreneurship and Skills Development Centre, Dr. Sunday Adebisi, expressed admiration for the woman whom students of the Centre dubbed “Entrepreneurship Mama”. He thanked God for her life and revealed that she is a brilliant woman who sees opportunity in everything and believes in “Do not wait for everything to be perfect before you start”.

The many qualities of Prof. Ogunsola as revealed by an impressive CV read out by professor of Medicine and Surgery, Prof. Bosede Afolabi portrayed her as philanthropic, well-versed, an excellent researcher who has attracted over 10 million dollars in grants to the University of Lagos, a lover of music and travelling, a wife, mother and grandmother.

Thereafter, a memorabilia was presented to the celebrant by Prof. Abdul-Kareem of the Department of Medical Microbiology and Parasitology, Faculty of Basic Medical Sciences.

It was revealed that the day marked a double celebration for the delectable professor as it was her wedding anniversary. Prof. Ogunsola and her husband, Mr. Segun “Uncle Segee” Ogunsola were thus re-joined in holy matrimony by the MC to the amusement of everyone present.

In response, the obviously overwhelmed erudite professor appreciated everyone present, physically and virtually, as the reception had come as a surprise.

The Head, Department of Medical Microbiology and Parasitology, Dr. Rita Oladele, while giving the vote of thanks, thanked members of the organising team and the guests for making the event a success.

The reception was brought to a close with the taking of group photographs.