Mayor-elect of Entebbe Pays Courtesy Visit to the Vice-Chancellor 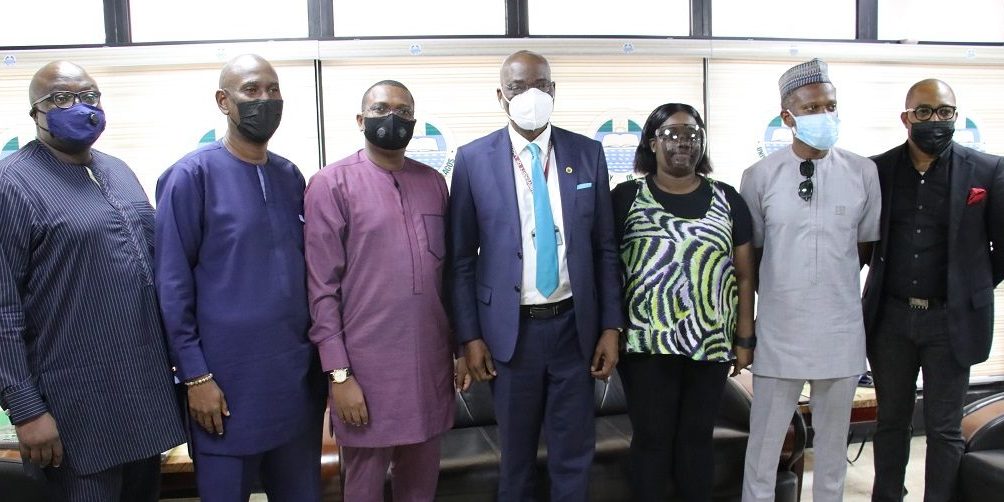 Mr. Fabrice Rulinda, Mayor-elect of Entebbe, Uganda, paid a courtesy visit to the University of Lagos Vice-Chancellor, Prof. Oluwatoyin T. Ogundipe, FAS, on Wednesday, March 17, 2021 at his office on the 11th Floor.

The Mayor-elect, in the company of the Chairman, Platform Capital, Dr. Akintoye Akindele and founder, ADA Labs, John Kamara, were in the University to discuss collaborative opportunities. During their discussion, the Vice-Chancellor revealed that the University of Lagos has in place scholarship opportunities open to four (4) postgraduate students from Uganda. He also expressed a desire to have a satellite campus in Uganda.

Mr. Rulinda was excited to be in the University. He thanked the Vice-Chancellor for the scholarship opportunities available to his countrymen. He mentioned that he is looking forward to seeing what Africans can put out in the world most especially in terms of technology-driven innovation of African origin. As mayor-elect, he intends to turn Entebbe into a high-tech city in Uganda.

Dr. Akindele pledged to sponsor four additional postgraduate students on scholarship. He expressed his desire for the ideas of the University and Africa to be exported to the world because he believes that Africa is the future. He also stated that Platform Capital is looking forward to partnering with University of Lagos on several projects and research works.

Mr. John Kamara stated that he is looking forward to creating the largest AI genius in Africa and in partnership with Platform Capital, he is planning to create as many unicorn companies across the African continent.

The Vice-Chancellor took the guests on a tour of Platform Capital’s donations to the University. They visited the University Library to take a look at one of the CRZR robots donated in 2020. There, the University Librarian, Dr. Yetunde Zaid explained the workings of the robot and how it has helped with activities at the Library. Also, they paid a visit to the Lagoon front which is currently sporting a new look and lastly, the Robotics Lab of the University.