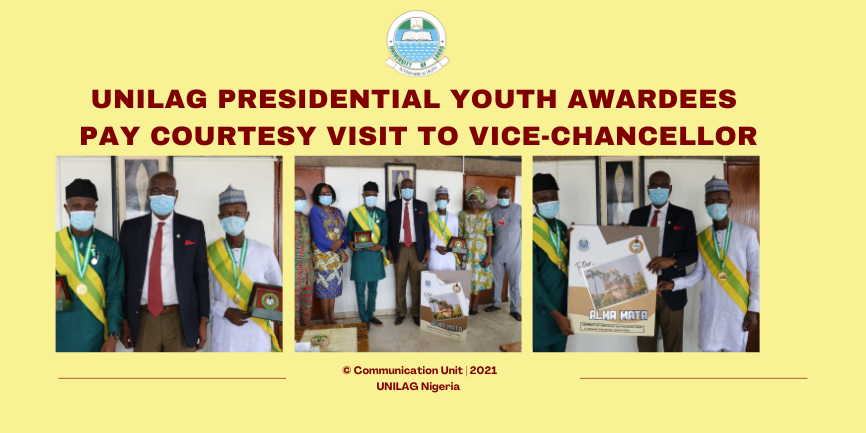 Two out of the three alumni of the University of Lagos who were honoured with the President’s NYSC Honours Award, on Friday, March 5, 2021,  paid a courtesy visit to the Vice-Chancellor, Professor Oluwatoyin Ogundipe, FAS.

Oyenekan Victor Taiwo, Muftau Mogaji and Adenekan Babajide were among the 110 youth corps members who were shortlisted by the National Youth Service Corps (NYSC) for the President’s Honours Award for their Community Development Service (CDS) projects and exemplary performance during the one-year national service.

The two awardees who were present on the day, Oyenekan Victor Taiwo, Muftau Mogaji, expressed their gratitude to the University of Lagos for the sound learning and character they got, to which they attributed most of their success in the course of their service to the nation.

The Vice-Chancellor, in his response, applauded the awardees and congratulated them. He charged them to continue to be good ambassadors of their families, their Alma Mater,  and the nation as a whole.