You are here:
UncategorizedUnilag General News 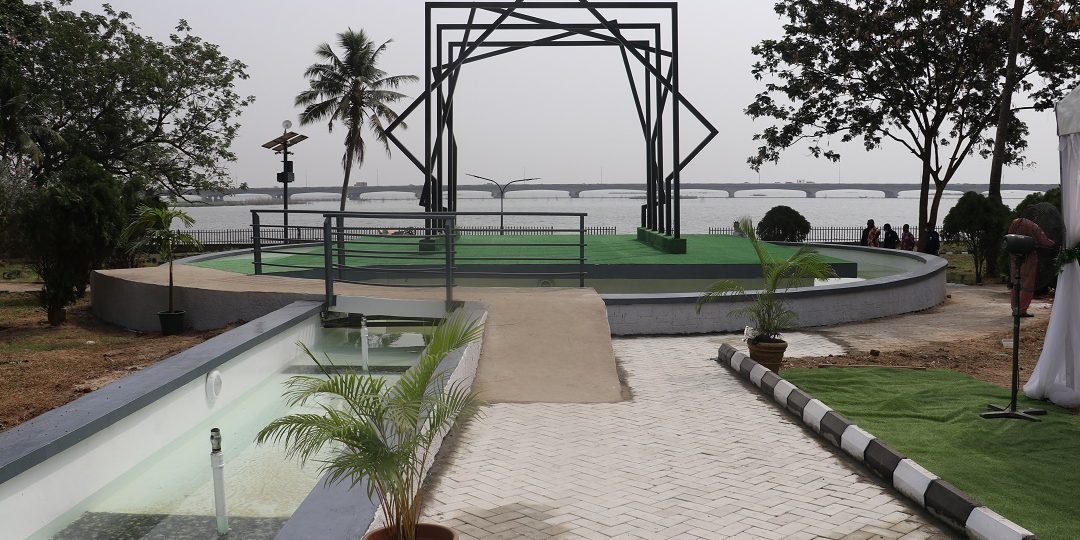 A visibly delighted Chairman and Chief Executive Officer of Platform Capital, Dr. Akintoye Akindele, earlier today was surprised by his friends as the newly renovated University of Lagos Lagoon front was unveiled. The event had in attendance family and community members of the University.

At the event, the Vice Chancellor, Professor Oluwatoyin T. Ogundipe, FAS, expressed satisfaction with the level of work carried out. He said the project is in sync with the prototype the University envisioned back in 2012 during the Institution’s 50th Anniversary when the facility had its most recent facelift. He however, assured that by 2022 – a year the Diamond jubilee of the University will be held, the site would have become a major recreation center with the provision of a state-of-the-art facility and a comprehensive recreation program for students, faculty, staff, alumni, and spouses.

Mr. Tosin Odusanya, on behalf of the friends of Dr. Akindele said the idea to embark on such a project was to create an eco-system that fosters social interaction and integration which can help acclimate new students to campus life and build a sense of campus community. He, however, extolled the virtues of the departed Alh. Akindele, whom he described as a cheerful giver and on whose legacy the project was berth.

In his remark, the Chairman & CEO Platform Capital, Dr. Akintoye Akindele, who was visibly surprised by the gesture thanked the Management of the University for the opportunity to continuing to impact the university in its quest to attain enviable status amongst top rank institutions across the globe.

He emphasized how amazed he was upon sighting the project embarked upon by his friends and that he is indebted to them especially when considering the bureaucracy of getting such approval within a University setting. He informed the gathering that what has been done by them is to further aid education and development of the whole person and create opportunities for interaction, collaboration, and unification which are essential if campuses are to develop a sense of community.

He said the space will provide a unique site for programs and activities aimed at meeting the needs, interests, and expectations of a diverse community. He also used the opportunity to inform of some projects he is to embark on. Most notably, the provision of a state-of-the-art Natural Museum that will improve the learning environment and culture, as well as institute a scholarship program for 1000 undergraduate students.

In addition, he corroborated the assertion of the Vice Chancellor that the complete facelift of the Lagoon front will be done in no time.

Platform Capital, a growth market focused, sector agnostic, principal investment and advisory firm has been a major supporter of the P3P strategy of the Vice Chancellor’s administration and it’s fully aligned to that when it donated three ultra-modern meeting rooms as part of efforts to improve the state of infrastructure of the University Business school and the donation of some scholars Robot to the University library.

In attendance at the unveiling ceremony on February 26th were some members of management.