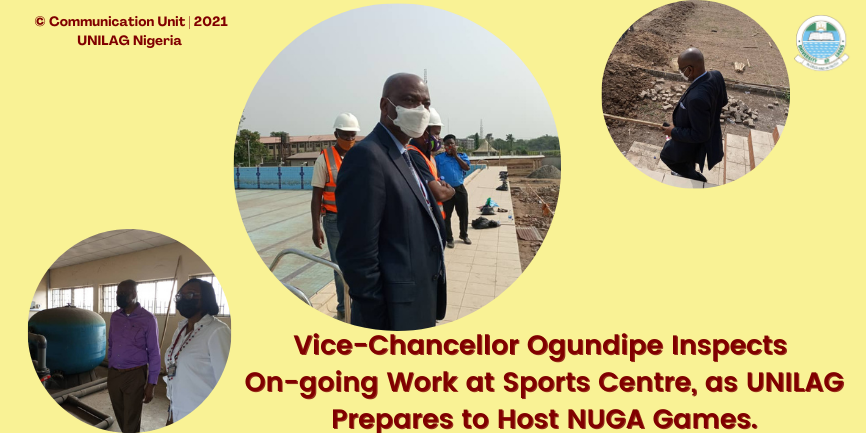 One of the locations is Sports Centre, where facilities are being renovated and reconstructed in preparation for a memorable hosting of the 26th Edition of the Nigerian Universities Games, slated for later in the year.

A 130-seater swimming pool pavilion is one of the ongoing projects and it is expected to be completed in time for the games.

UNILAG beat University of Jos to the hosting right and the sporting event is expected to feature athletes from 103 universities.

Also inspected on the same day were the Bank of Industry ( BOI) building, donated to the Entrepreneurship and Skill Development Centre (ESDC) by the bank in appreciation of the Centre’s excellent work; and the Art and Craft Building , donated to the University by the Tertiary Education Trust Fund (TETFund).

The Vice-Chancellor showed satisfaction at the speed of construction on all the sites and expressed his appreciation to all present.