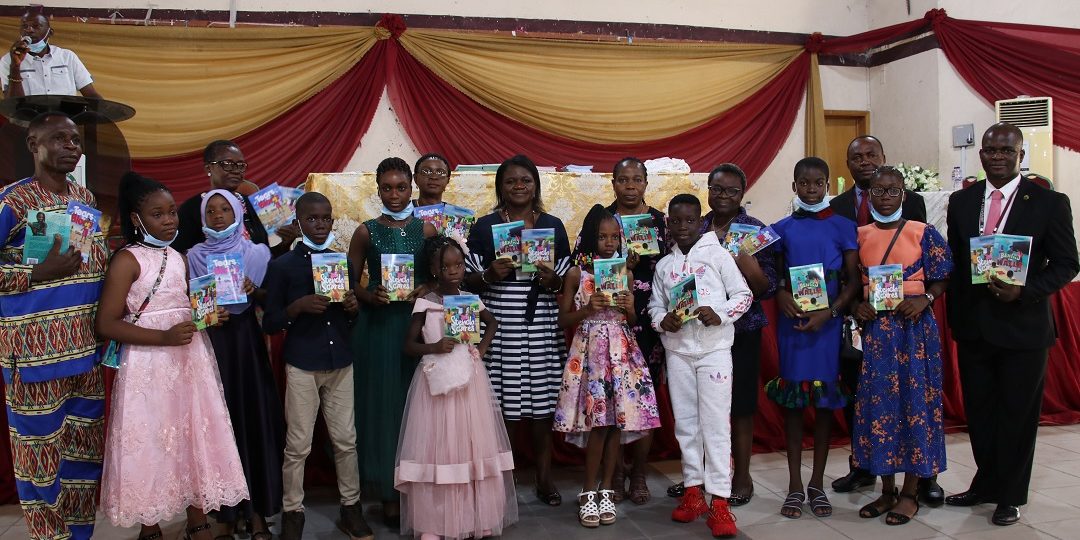 “After nourishment, shelter and companionship, stories are the thing we need most in the world.”

The authors, dressed in beautiful attires, were a beauty to behold.

The books and their respective authors are:

The Headmistress, Dr. (Mrs.) Ajayi welcomed the audience to the event. She stated that the histpry of wrting story books in the school started in 2003 and since about 42 storybooks including those launched at the event, with some still in the writing phase.  She encouraged/pleaded with parents to allow their children become a bit matured before enrolling them in primary school. Children should not be rushed so they can live up to their parents’ expectations. They have different potentials and levels of learning. She appreciated the University Management for its continuous support. She also encouraged pupils of the school to seize the opportunity to unleash their creative potential. To Mr. Ifedayo Ambali, she gave a lot of accolades for training the children, most especially during the lockdown period.

The Vice-Chancellor, in his address, celebrated the young authors and their parents. He thanked the parents for encouraging and nurturing the gift of writing in the young children. He charged parents to continue to encourage their children and not to give up on them as writing as a skill is gradually diminishing in schools. He appreciated Mr. Ambali and other teachers and encouraged them to keep nurturing the pupils of the school as well. He enjoined them to collaborate with the academics in English Department and Faculty of Education to maximise the God-given talent in the children.

The story books were reviewed by various people and launched successfully with huge amounts.