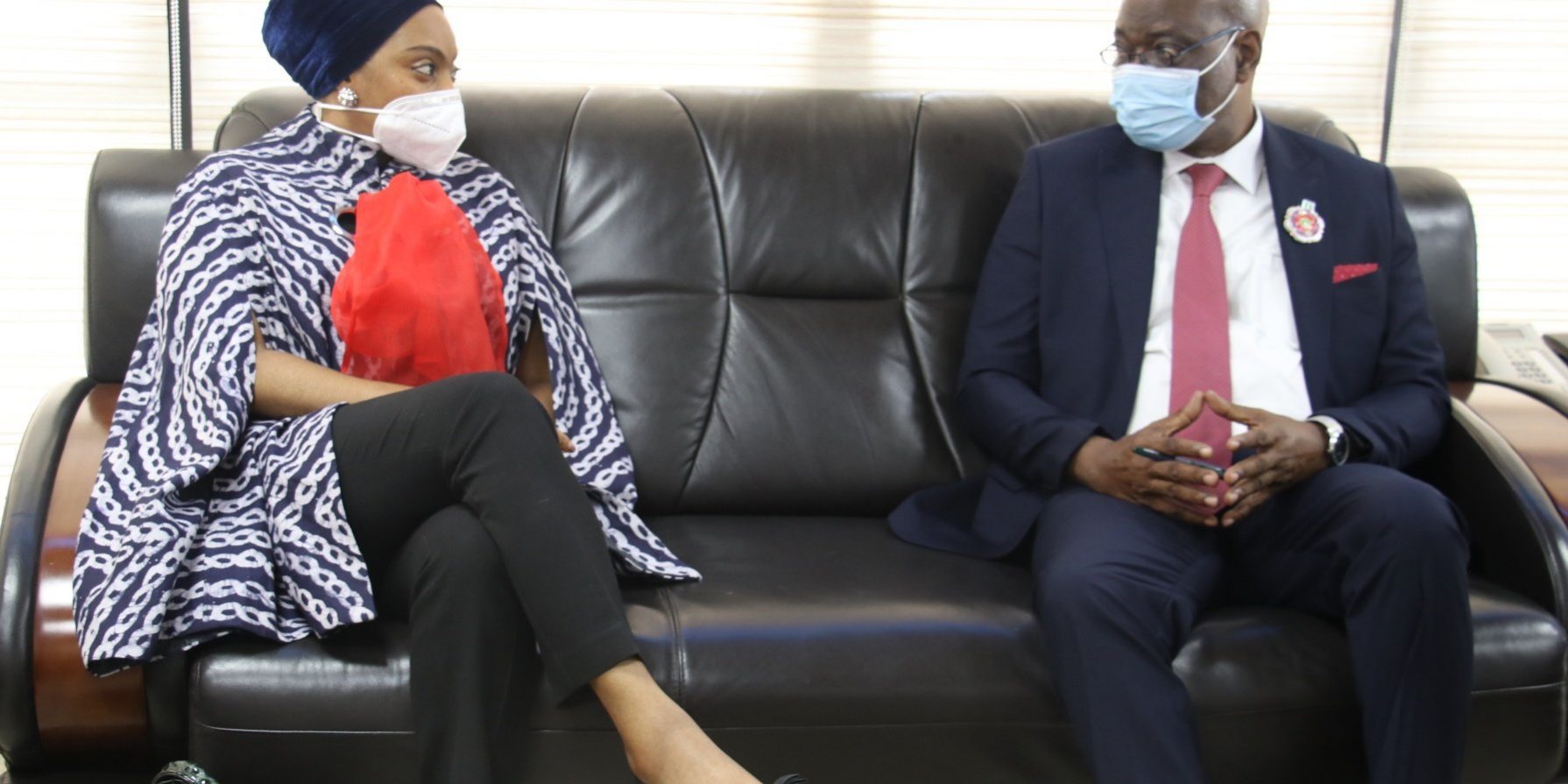 On Wednesday 2nd December 2020, the Vice-Chancellor, University of Lagos, Prof. Oluwatoyin T. Ogundipe, FAS, received the Special Adviser to the President of the Federal Republic of Nigeria on Ease of Doing Business, Dr. Jumoke Oduwole, a distinguished and exemplary alumna of the University of Lagos, visited ahead of delivering a Keynote Speech at the maiden edition of the African Research Universities Alliance (ARUA) Centre of Excellence for Unemployment and Skills Development Blended International Conference.

At the event, the Vice-Chancellor remarked that the youth unemployment remains a crucial challenge dominating political discourse and even on global development agendas. He informed that youth unemployment rate in Nigeria is about 15% which is twice more than that of adults according to statistics and the University of Lagos being a first class institution has continued to maintain value added services through the promotion of top-notch quality research which invariably is impacting the society.

He said the conscious awareness of youth unemployment in Nigeria has ultimately led the institution to set up an Entrepreneurship Centre to engender sporadic innovation and entrepreneurship development for poverty eradication and economic self-sufficiency for African youth.

Prof. Aryeteey, the Executive Secretary of ARUA who spoke to participants through a virtual platform remarked that his organization’s intends to develop local research excellence through collaboration to find solutions to the development problems of Africa in which unemployment is a part. He informed that there are 13 priority areas and University of Lagos is the CoE for (Unemployment and Skill Development).  He said part of its mandate is to engender strong collaboration among researchers and experts in Africa while focusing on entrepreneurship and skills development as intervention tools to the challenges of unemployment in Africa.

The Guest Speaker at the Conference, the Special Adviser to the President on the “Ease of Doing Business” Dr. Jumoke Oduwole, spoke on the many challenges the government of Nigeria is faced with and the efforts being put in place to have them tackled.

She mentioned that the government is poised to making African youths gainfully engaged and productive not by working for anyone or queuing for the unavailable jobs, but by creating many business start-ups for them to thrive. Illustrative of this is the recent pronouncement by government to register over 250,000 businesses for Small and Medium Enterprise to drive self dependence. She added that private sectors have also drawn op meaningful blue-prints to support the realization of this dream.

She concluded that government interventions in addition to the civil society commitment, the private sector consciousness to promoting better working conditions for providing sustainable solutions is the only way for the potentials of our youth to be maximised.