ARTHUR MBANEFO BEQUEATHS RESEARCH CENTRE TO THE UNIVERSITY OF LAGOS 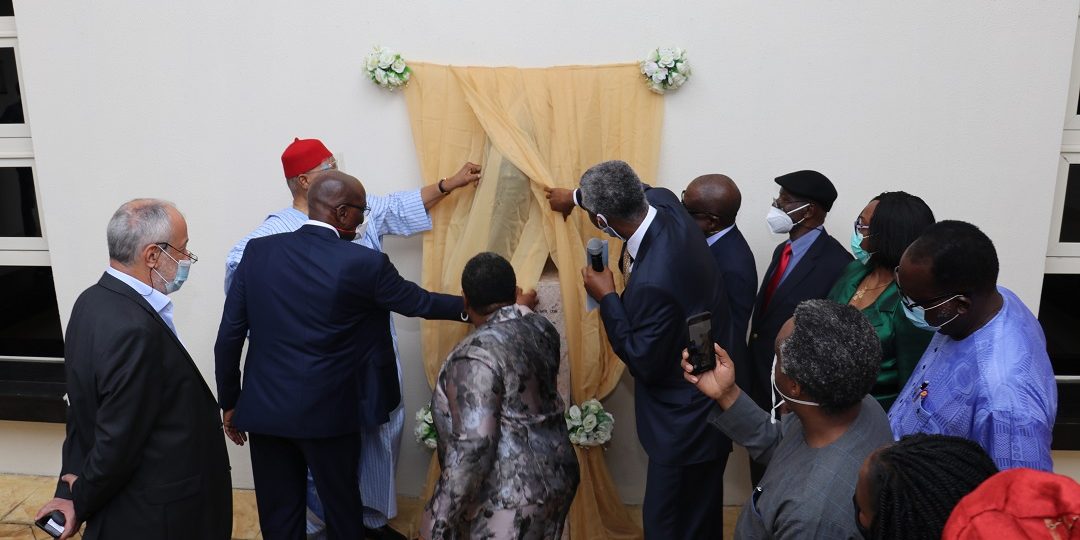 The facility which was donated by Elder Statesman, a former Diplomat and Philantrophist, Chief Arthur Christopher Izuegbunam Mbanefo, MFR, CON will further help to train and impart knowledge to young Nigerians seeking self-improvement..

According to the Donor, whose 90th birthday is today expressed satisfaction that he is most graceful to God Almighty for granting him the capacity to impart into the lives of people. He reflected on his life journey as a young Chartered Accountant who just arrived Nigeria from England to work with Akintola Williams and Co but wasn’t satisfied with the firm having no provisions for trainings and development.

He said he started the process of changing the narrative by using his Saturdays to train the staff at the firm. A training department was eventually created in the firm with a partner in charge. The Businessman remarked that the drive he had to help change the narrative is what has brought about the establishment of the Centre.

Furthermore, he said he won’t have been able to achieve the project but for the support he has enjoyed from Late Prof. Adetokunbo Sofoluwe on whose demand the University Council gave approval to commence. As such, the e-Library within the Centre was named after the former Vice Chancellor.

In his response, the Vice Chancellor, Prof. Oluwatoyin Ogundipe, FAS, said the gesture is a testament to the many contributions the Businessman has made with regards the development of Nigeria and the Nigerian youths in various capacities.   He thanked the former Plenipotentiary for his philanthropy while assuring him that the University will make good use of the facility. Thereafter, the formal unveiling of the Centre was done as well as presentation of gifts to the celebrant.