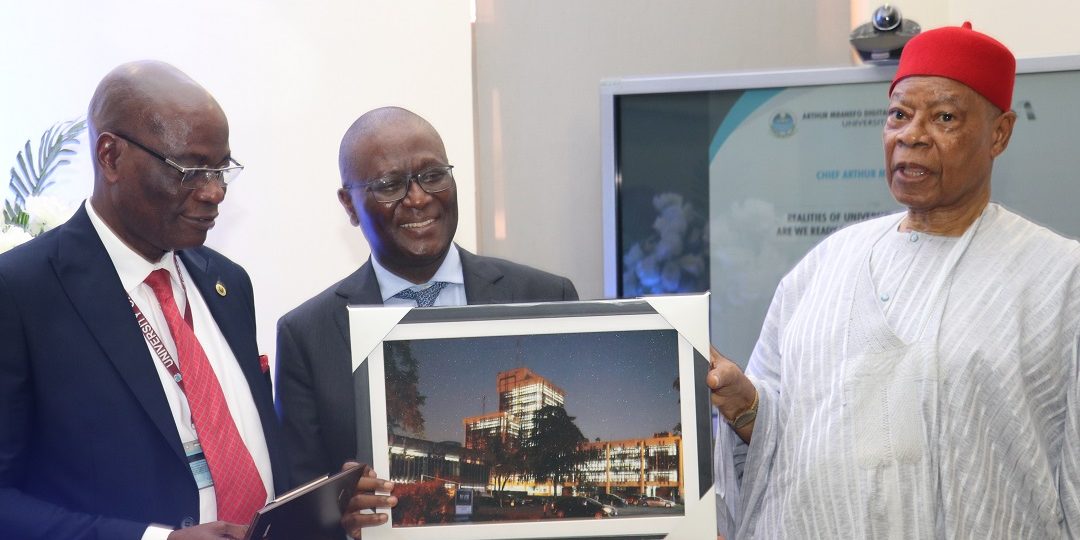 The lecture titled “Realities of University Education in Nigeria: Are we Ready for the 4th Industrial Revolution” was delivered by Mr. Bode Agusto, a Chartered Accountant, Researcher and an alumnus of the University.

According to the lecturer, the population age bracket of undergraduate students in Nigeria presently is becoming alarming. As such, the government may not be able to fund education alone as it has successfully done in the past.

He mentioned that those who want government to provide high quality free university education are not being realistic with the realities of today’s population growth which he described as extremely high against the revenue generation which is abysmally low. He, however, opined that to reign competitiveness, faculties need to update their skills by learning from academics in the more advance world even if it is via a Technical Service Agreement with these institution. He mentioned other areas of concerns to be infrastructure, technology, research which will help the growth of education.

Earlier the vice chancellor, Professor Oluwatoyin Ogundipe spoke on the need for education to be taken seriously by everybody as the scope of doing things to improve ratings does not rest on the government alone but other stakeholders that include individuals, alumni and corporate organizations. He remarked that in preparing for the era of the 4th Industrial Revolution, higher education needs to deepen its technology system reforms breaking down all barriers to innovation.

The former Federal Minister of Justice and Attorney General of the federation who also was the Chairman of the occasion, Chief Bayo Ojo disclosed that challenges are quite enormous but active participation of stakeholders across several higher institutions could well prepare them for the task that lies ahead for them

In his remark, the donor and elder statesman disclosed that the reason for establishing the centre was to promote learning, knowledge and research using digital facilities and internet technology which must support academic efforts.