You are here:
Faculty of Engineering NewsPublic lecturesUnilag General News 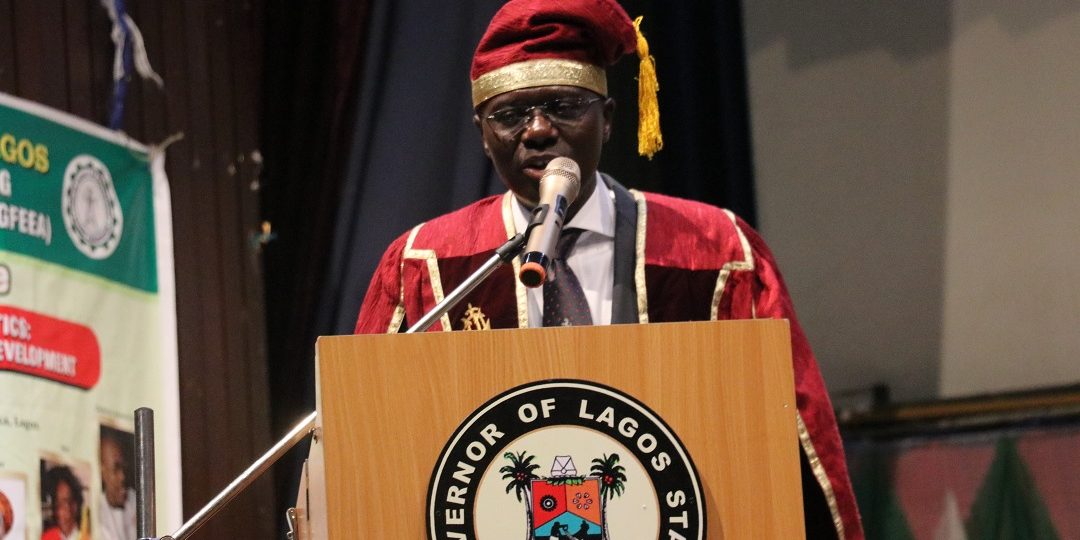 “The best politicians will bring to their work a combination of hard technocratic and soft political skills.”

The Lecture titled, “Professionals in Politics: Panacea for Sustainable National Development” was delivered by the Governor of Lagos State, Mr. Babajide Sanwo-Olu. In his lecture, he shared his thoughts and reflections on the theme. He mentioned that politics is an umbrella term that captures multiple shades of meanings and interpretations. He pointed out that politics does not exist only in the grandest of things but also in the mundane, as it is played at different levels, everywhere from the home to the workplace. He also pointed out that it is not out of place to say that to be human is to be political, and to be political is to be human.

In the Lecture, Mr. Sanwo-Olu used his personal story to illustrate his views and thoughts on the topic. He told of how he bagged a Bachelor’s degree in Surveying and Geoinformatics from the University in 1988, dabbled into entrepreneurship which did not turn out well, worked in the banking industry for about a decade before being appointed as Special Adviser on Corporate Matter first to the Deputy Governor and then Later the Governor. He mentioned getting some other appointments before he left public service in 2011. He went back to the private sector before going back to the public sector in 2016.

He stated that up until this time, he did not consider himself a politician until when the opportunity to contest for the post of Governorship presented itself. He did all that was necessary to contest and won the election.

He thus used this to further establish that politics is all around us, even in the private sector. He disclosed that he refers to the period before his being elected Governor as the “professional-in-politics” stage of his life. He stressed that there are quite a lot of people who are in this stage of life.

He then went ahead to outline what he has learned from that stage of his life. He stated that people should not shy away from embracing political values. The word “politics” needs to be reclaimed form negativity. We as a people need to acknowledge the power politics has to shape our lives and society either for good or evil. We need to educate ourselves on how it is played in our society.

He mentioned again that politics in Nigeria needs more professionals and “outsiders” as it thrives best in the face of diversity. The development of Nigeria will not happen outside of politics and political activity.

Furthermore, Mr. Sanwo-Olu shared some skills aside professional skills needed as well as tips which can help on thrive in politics as follows:

Lastly, he delved into development. He, among other things, stated that we, as a country, must deliberate and methodological about development as it cannot be left it chance.it is necessary to combine political skills with professional skills in order to ad value to governance. He ended the Lecture by saying “The best politicians will bring to their work a combination of hard technocratic and soft political skills.”

The Governor of Oyo State, Mr. Seyi Makinde was ably represented his Special Adviser on Strategy and Political Matters, Honourable Babatunde Oduyoye; Deputy Governor of Ogun State, Engr. Mrs. Noimot Salako-Oyedele, Chairman of the Association, Engr. Titi Omo-Ettu; Chairman of the Occasion, Prof. Oye Ibidapo-Obe, the President of the Nigerian Academy of Engineering, Prof. Fola Lasisi ably represented by Engr. Rear Admiral (rtd) E. Ijioma, great alumni of the Association, students and staff of the Faculty were all in attendance.

Two Professorial chairs were endowed by the Lagos State and Oyo State Governments – one in Surveying and Geoinformatics and another in Electrical and Electronics Engineering.

The event was brought to a close with the presentation of plaques and taking of group photographs. 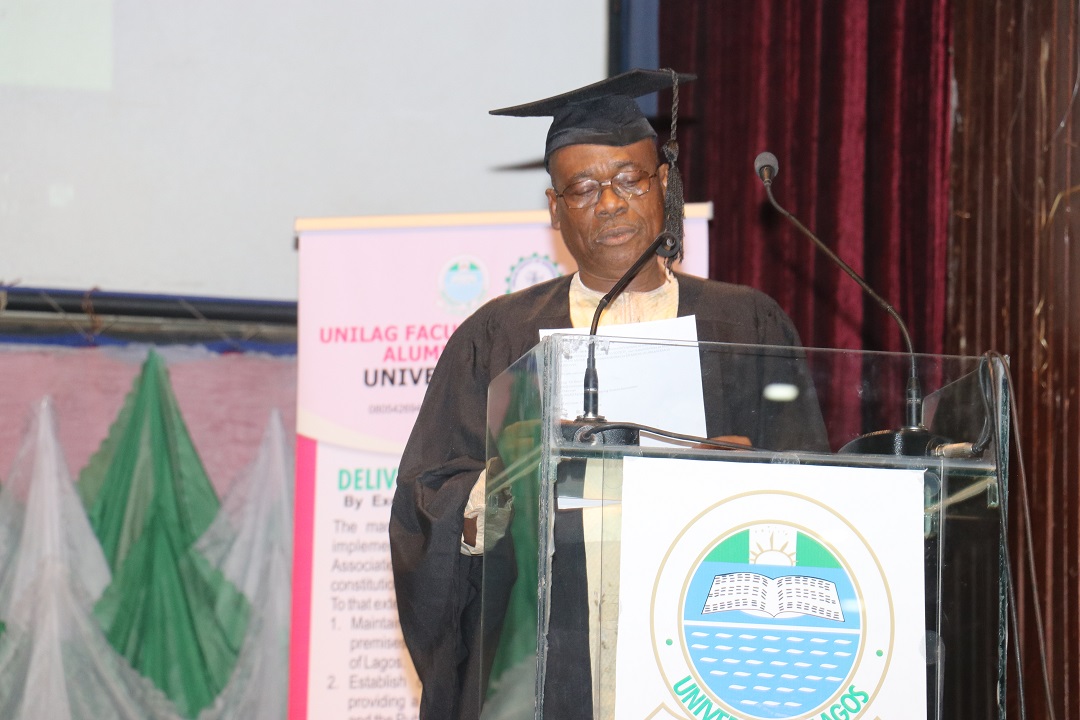 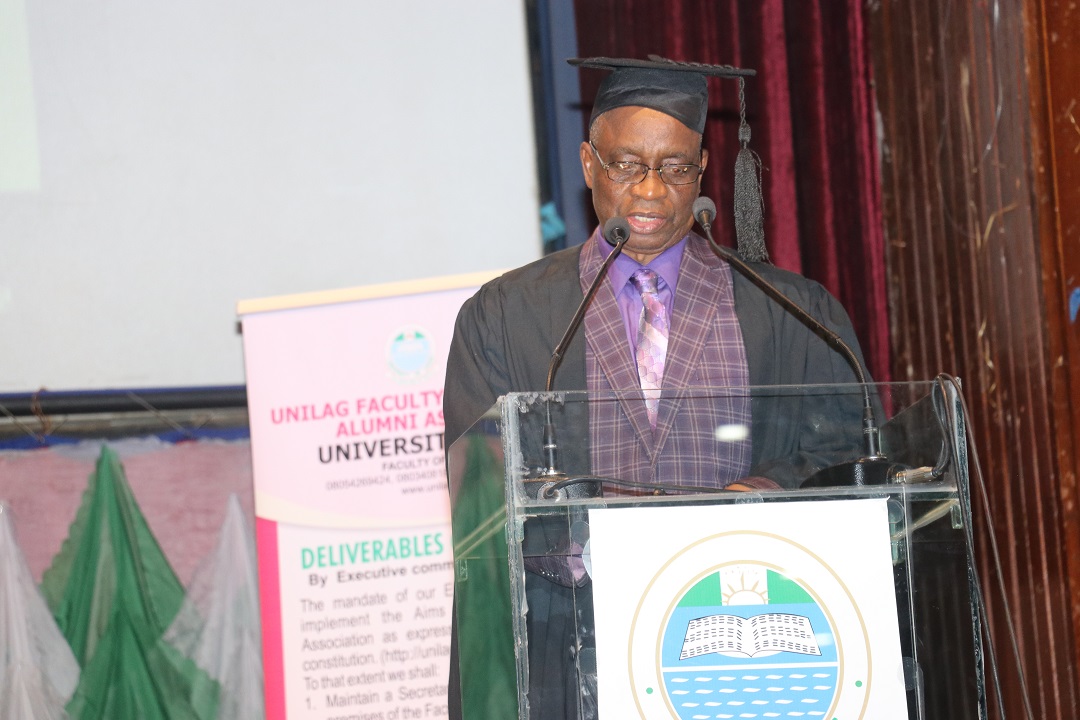 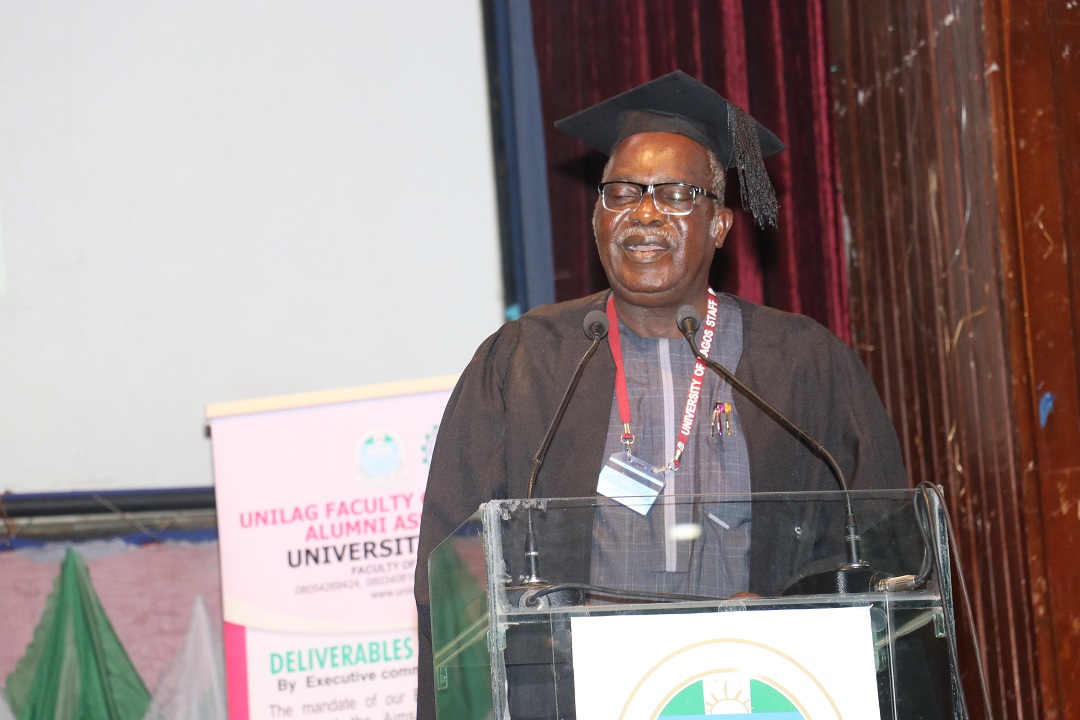 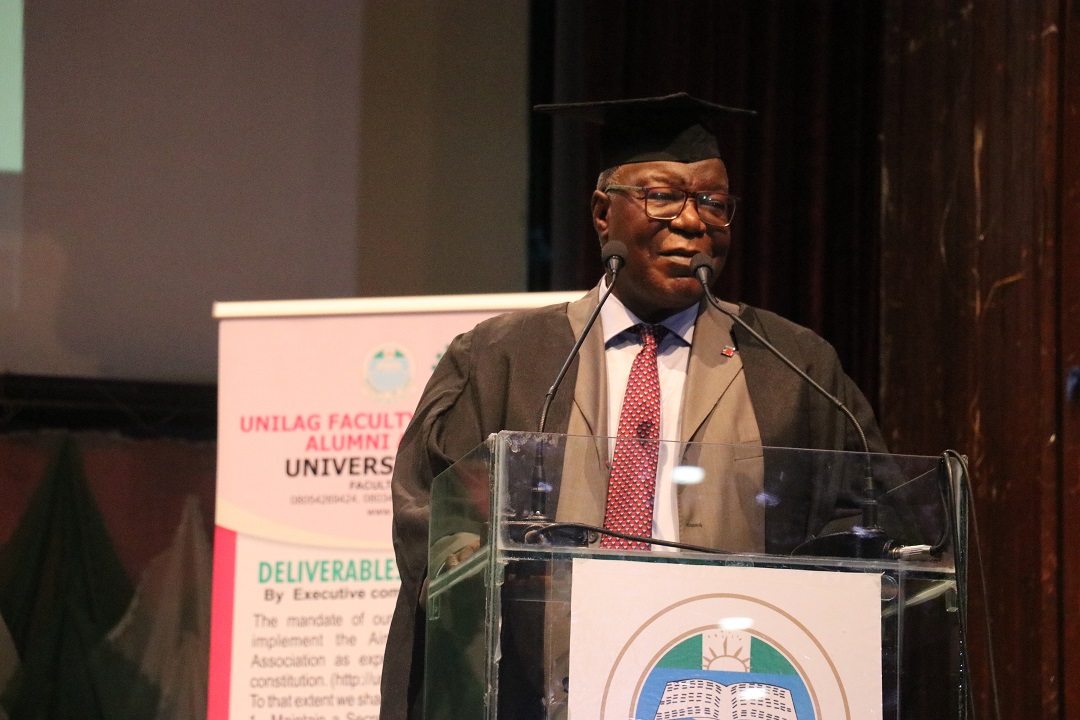 Chairman of the occasion, Prof. Oye Ibidapo-Obe delivering his address 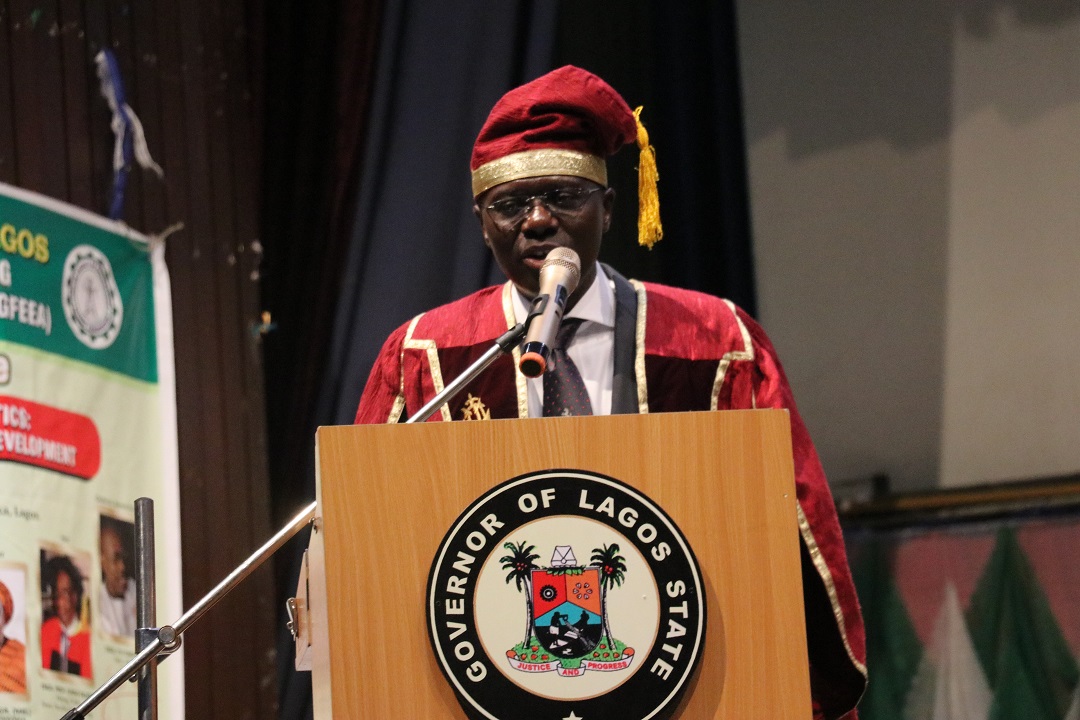 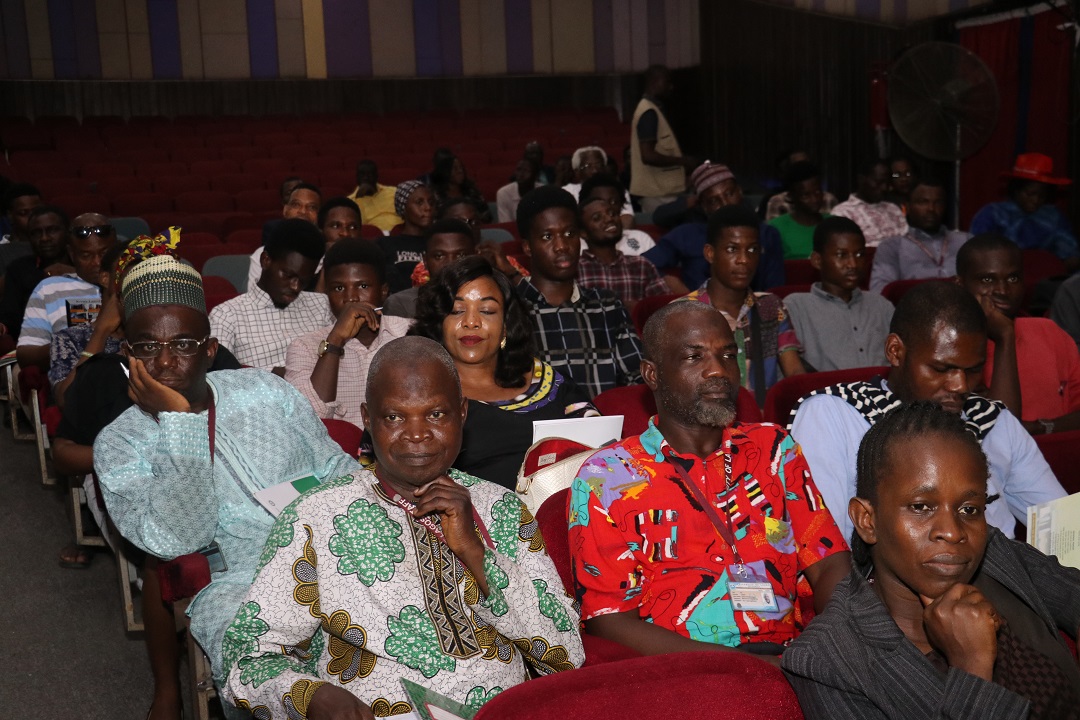 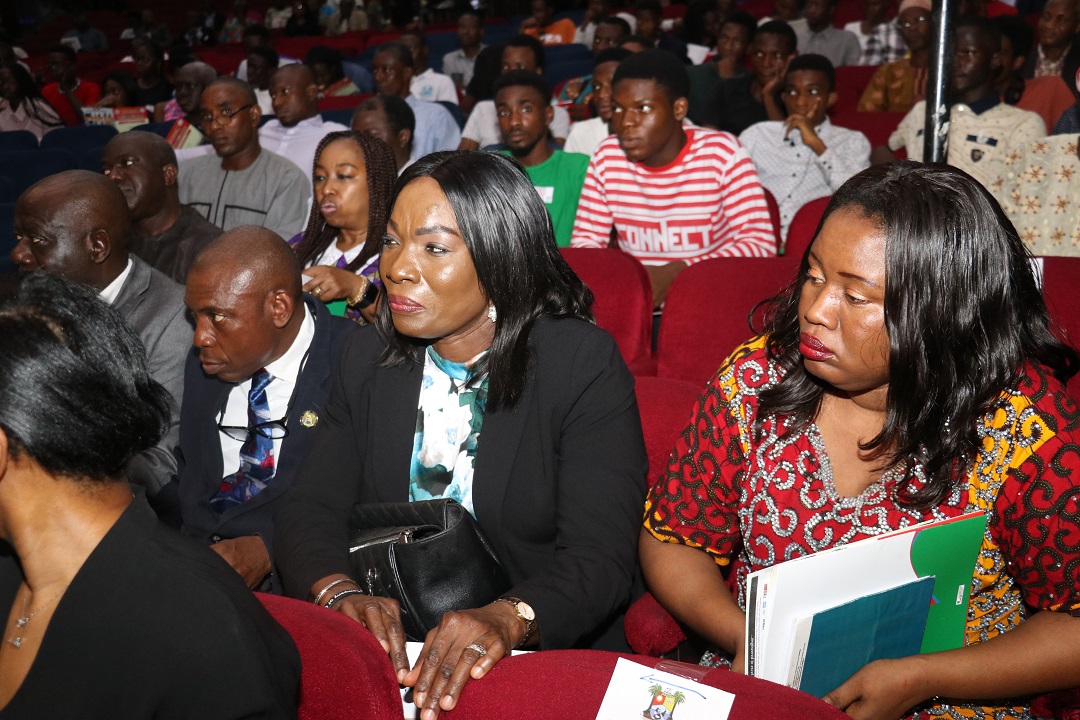 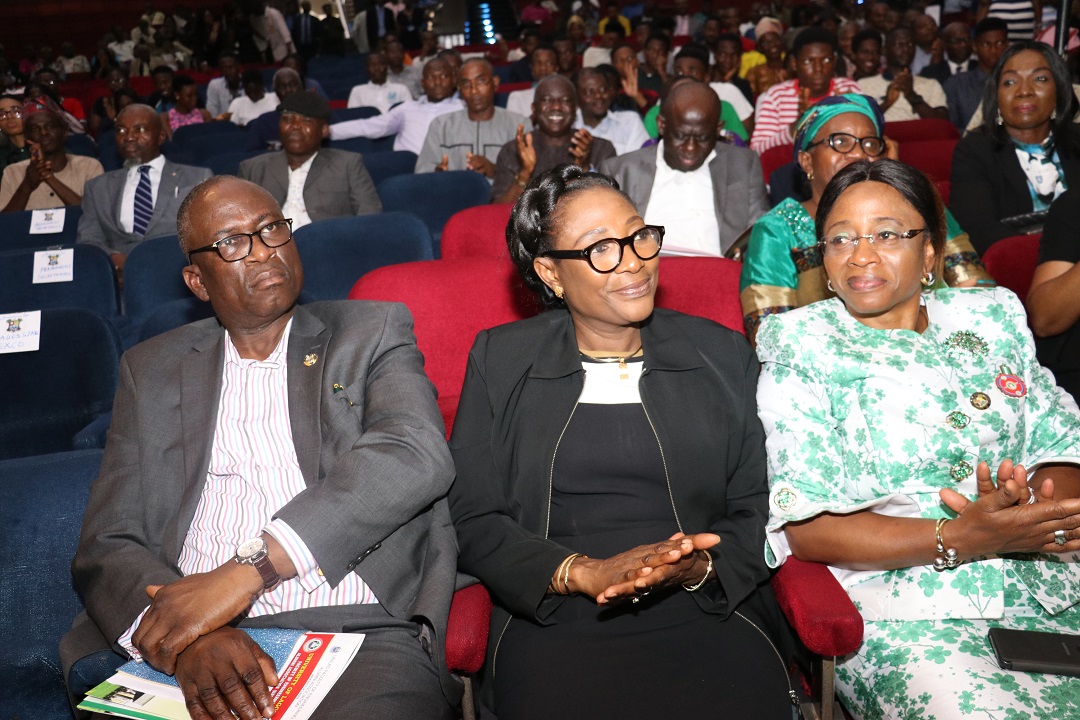 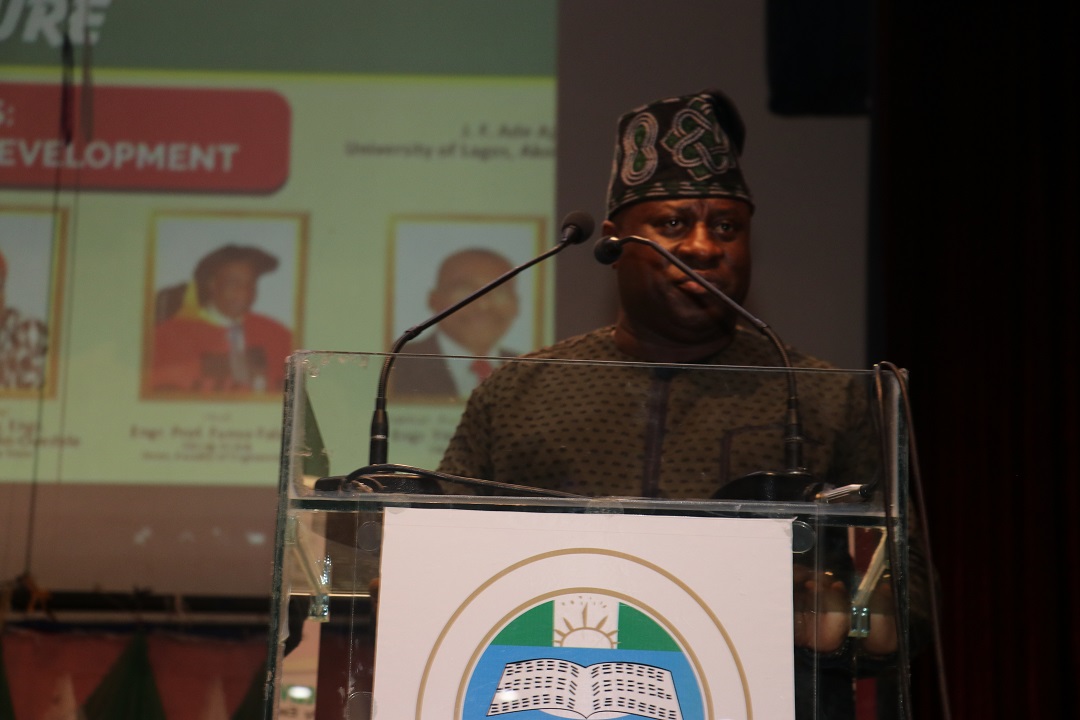 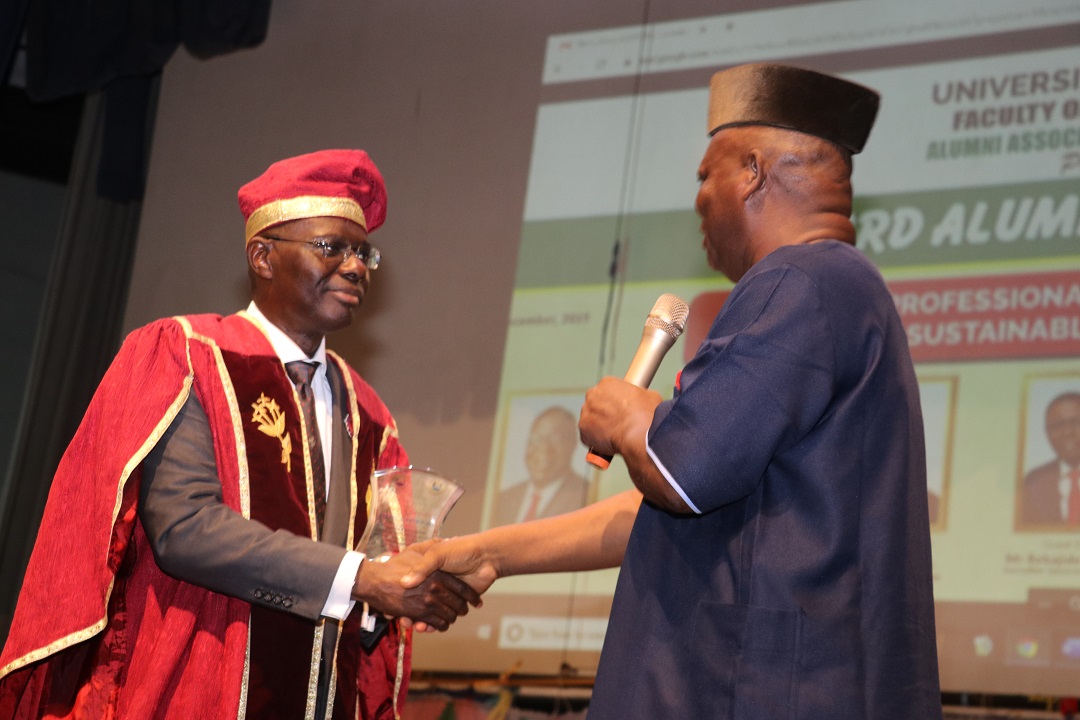 Presentation of plaques to the Governor 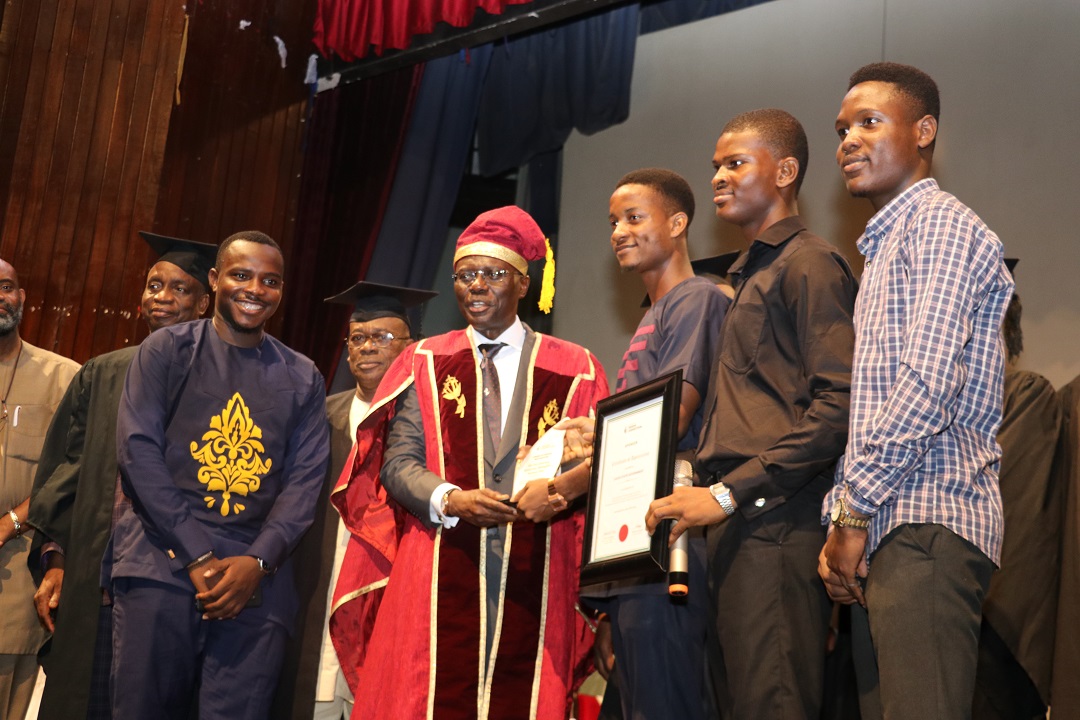 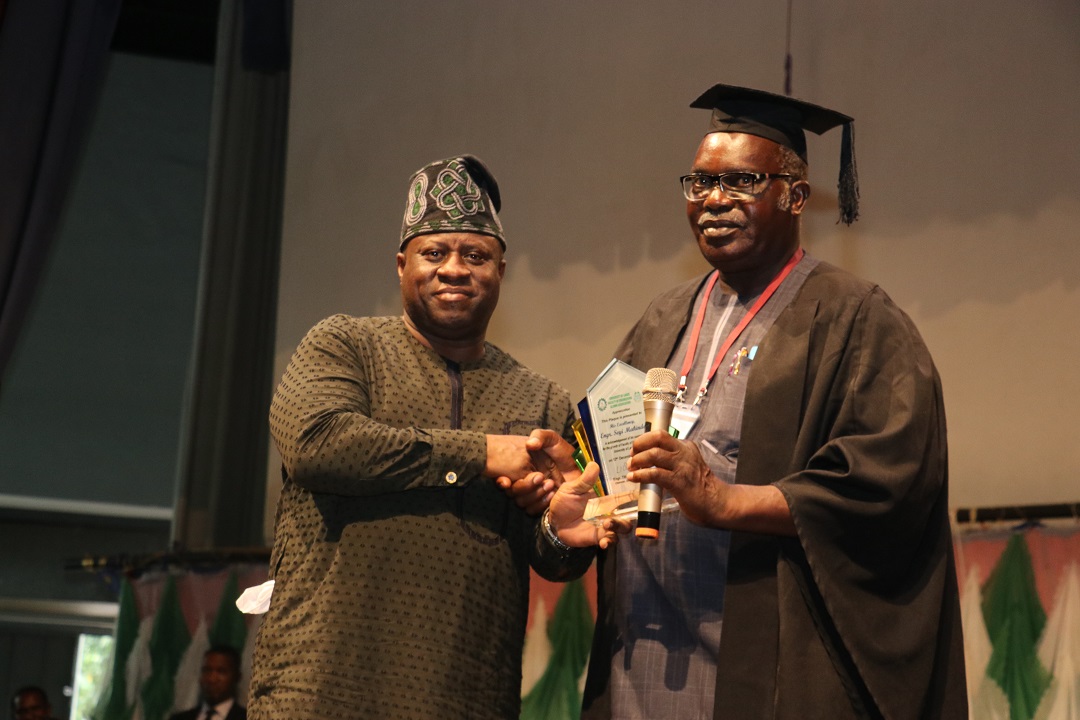 Presentation of a plaque to Honourable Oduyoye 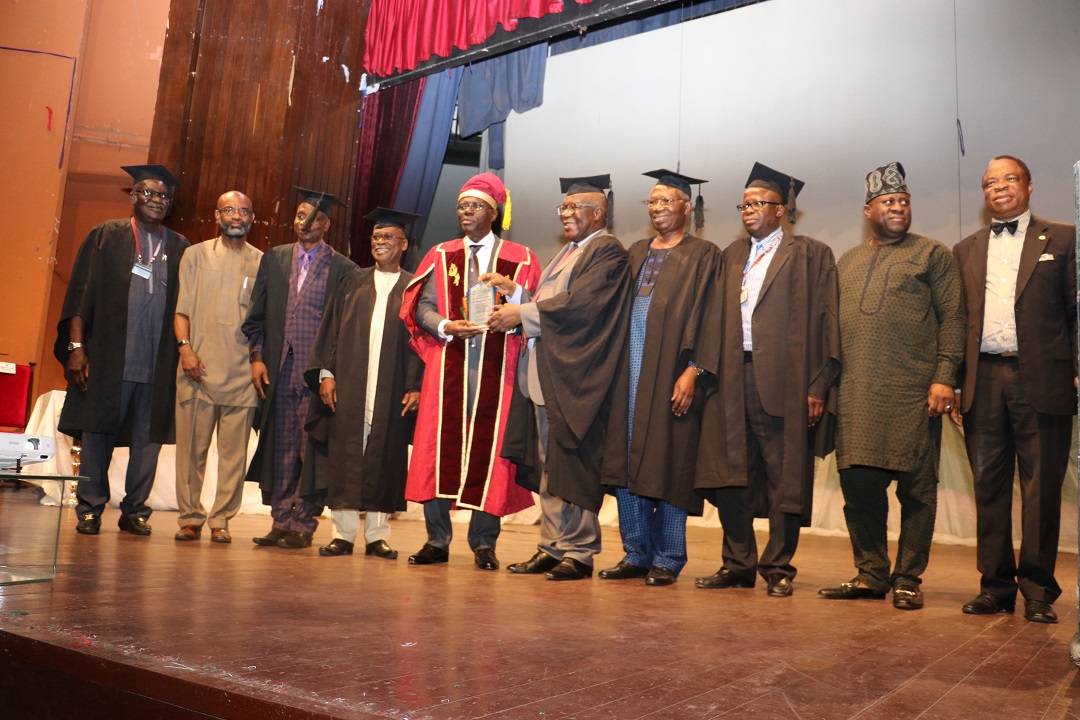 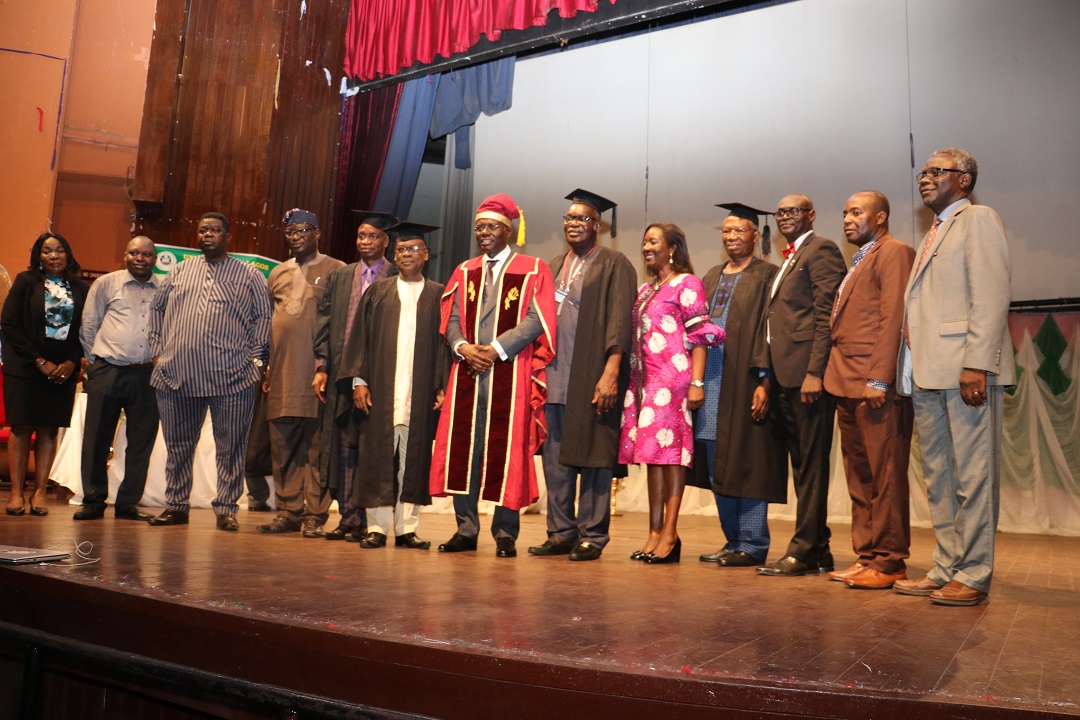 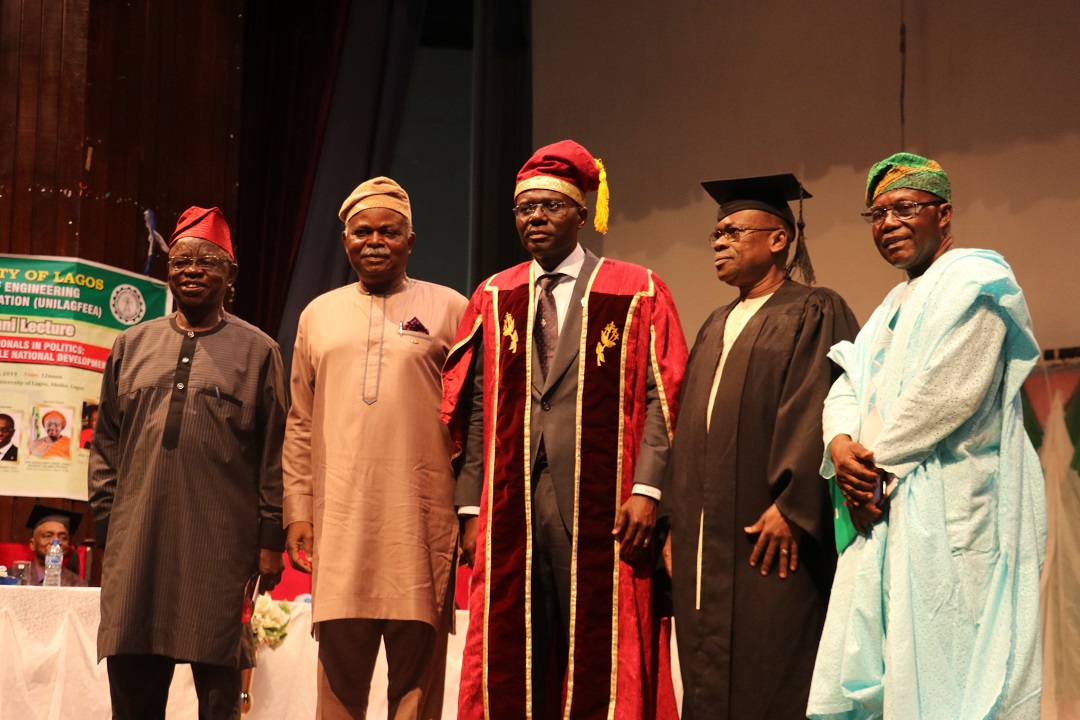