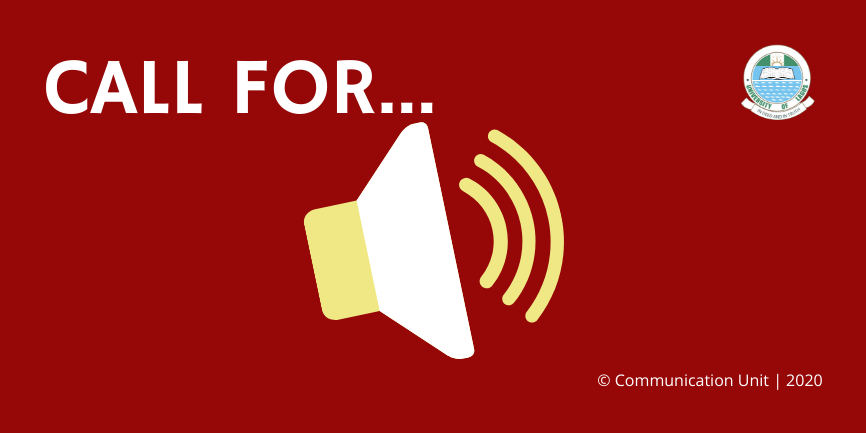 The University of Lagos Honours Committee is calling for nominations for:

The procedure for nomination has been distributed to all Faculties, Departments and Units, hence, all nominations are to be kindly supported with the appropriate documentation. Nominations without documentation WILL BE DISQUALIFED.

Both hard and soft copies of the nominations (including attachments) in PDF format are to be forwarded to the Director, Academic Affairs on or before Monday, January 13, 2020. In addition, electronic copies of nominations and documentations should be forwarded to honourscommittee@unilag.edu.ng on or before Monday, January 13, 2020.

For further enquiries, kindly visit the Senate and Ceremonies Unit or send an email to honourscommittee@unilag.edu.ng

Late submission of nominations SHALL NOT be entertained.