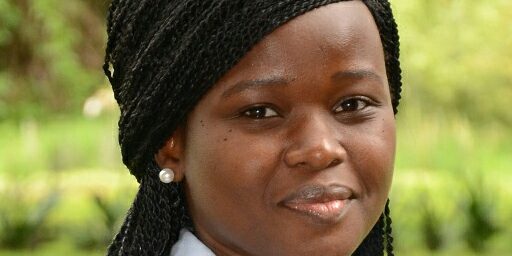 It was with pride and joy that the University of Lagos received news of its alumna, Oluwatoyosi Ogunseye, being elected Vice President of the World Editors Forum (WEF) on Saturday, June 1, 2019.

WEF is the leading network for print and digital editors of newspapers and news organisations around the world. It was at the annual meeting of the Forum held in Scotland last Saturday, that the forum picked Ogunseye to deputise Warren Fernandez, editor of the Straits Times and editor-in-chief of Singapore Press Holdings’ English, Malay and Tamil Media Group.

This is the first time, in over two decades of the establishment of WEF, that its leadership would be from Asia and Africa.

Toyosi, who graduated from the Department of Biochemistry, Faculty of Science, University of Lagos in 2006 has worked and rose through the ranks meritoriously. In her, students and even alumni of the University can observe the merits of lifelong learning. This is so, as Toyosi has successfully merited her position in the media sphere today due to hard work, creativity, persistence and continuously improving her knowledge of her chosen field.

It is worthy to note that she is currently the Head of West Africa at the British Broadcasting Corporation, BBC. She manages the operations and the five language services of the BBC in Francophone Africa and Anglophone West Africa. She was the first female editor in the 41-year history of Punch Newspaper, Nigeria’s most widely read newspaper.

Toyosi has won several awards, one of which is the Presidential Precinct Inaugural Young Leader Award in the United States which she received alongside Secretary Madeline Albright. In 2014, she won journalism’s premier prize: The Knight International Journalism Award, making her the first Nigerian journalist to win the global award.

After 41 Years of Meritorious Service, Professor Agomo Bows Out in Style with Exaugural Lecture
February 28, 2021