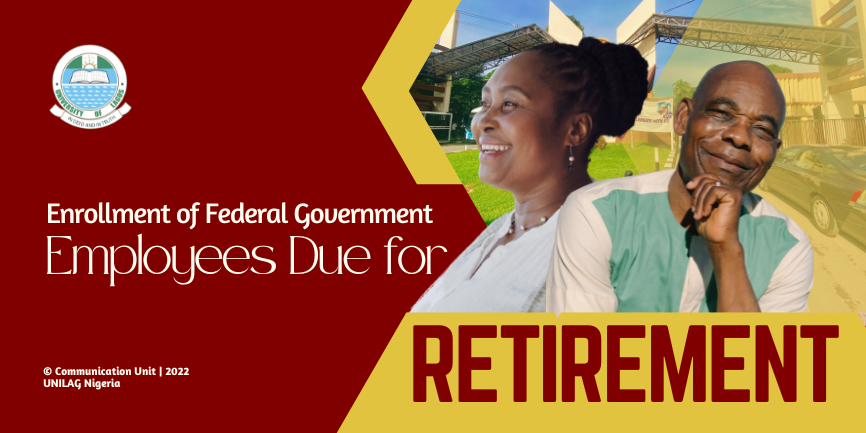 The National Pension Commission (PenCom) has commenced the 2023 Online Verification and Enrolment for all members of staff due for retirement in 2023.

1.  Staff of the University who are due to retire between January and December 2023 by virtue of attaining the age of:

(a) Seventy (70) years for the Professorial Cadre, or

2.  Former members of staff of the University who are yet to be enrolled with PenCom but had retired: Statutorily; Voluntarily; or Mandatorily.

All retirees/prospective retirees are requested to visit their Pension Fund Administrators (PFAs) to undergo Data Re-capture exercise before the enrolment exercise. The required documents for verification are as follows:

Similarly, members of staff in this category who have not been added to the WhatsApp platform created for retirees and intending retirees are to visit the Pension and Retirement Unit for their numbers to be added to the platform. For further information and enquiries, please contact: Pension and Retirement Unit, Human Resource Management Directorate, Room 265, 2nd Floor, Senate House, UNILAG, Akoka.