Stakeholders discuss State of the Nation at History Conference

You are here:
Faculty of Arts NewsUnilag General News 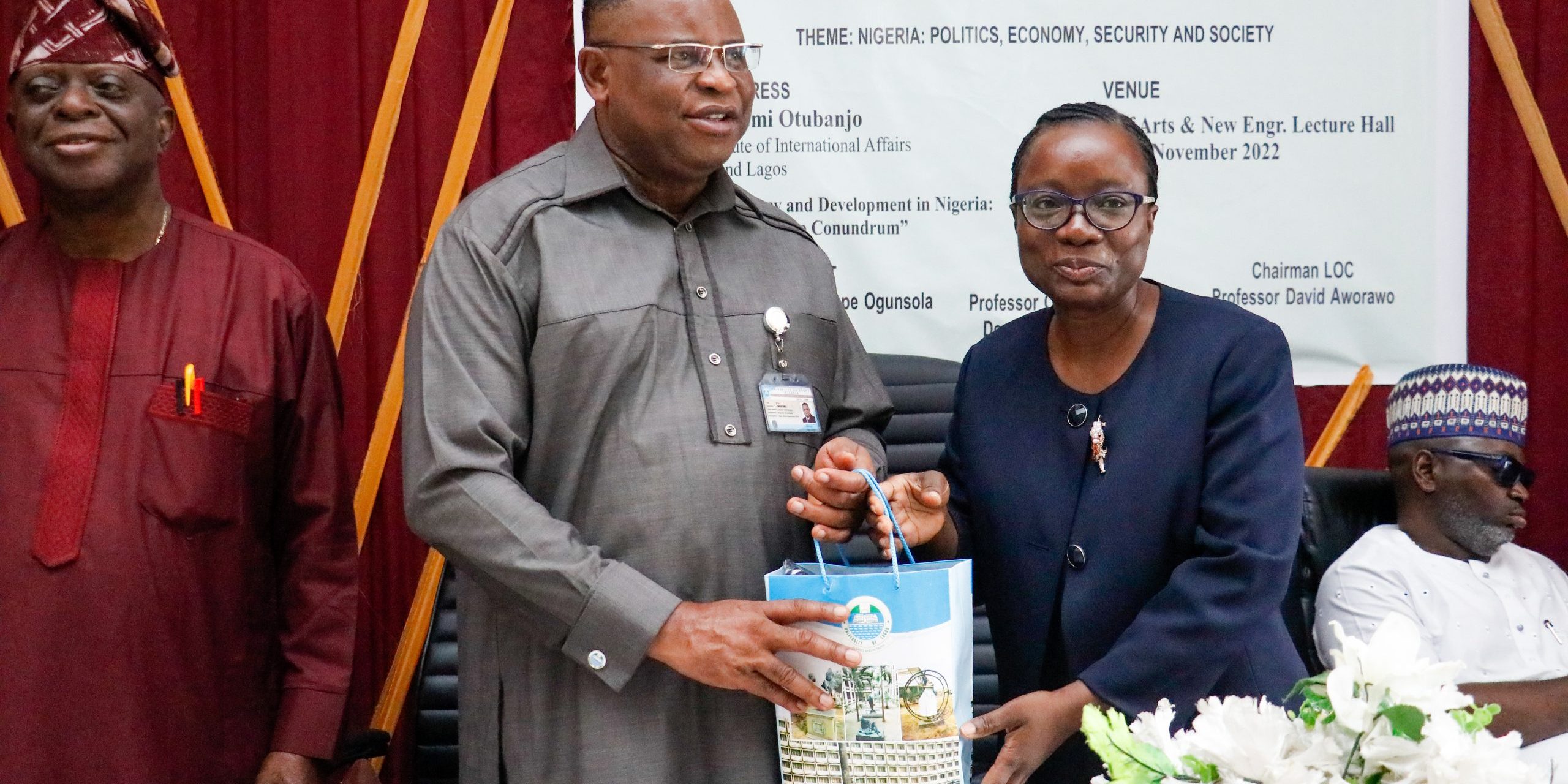 Stakeholders from the academia, political space, people of different backgrounds, and students gathered on Tuesday, November 22, 2022 to take part in this year’s 2022 Conference on Contemporary Nigeria.

The event which was organized by the Department of History and Strategic Studies, with the title, Nigeria:  Politics, Economy Security and Society is aimed at exploring developments in Nigeria since the late 20th century.

In his welcome remarks, the Head of Department, Professor David Àwóràwò, said the forum offers an opportunity for participants to assess the state of Nigeria’s contemporary historiography in order to improve on what is being done.

The Deputy Vice-Chancellor, Management Services, Professor Lucian O. Chukwu who represented the Vice-Chancellor, Professor Folasade T. Ogunsola FAS,  highlighted the importance of the conference. He said it will interrogate several concerns and the state of the nation.

He remarked that the convergence of erudite scholars, notable professionals would help ensure that Nigeria’s problems which span politics, and other forms of security can be x-rayed, analysed and solutions provided.

He opined that Nigeria’s pluralistic society has witnessed some various forms of insecurity and at the same time brought unwanted words in our lexicon such as Boko-haram, ISWAP, bandits, Gunmen and so on..

While commending the organizers of the conference, he appreciated the students for turning out en-masse to be a part of the event because it will afford everyone to make informed choices ahead of next year’s election.

The Keynote Speaker at the event, Prof. Femi Otubanjo and a former Dean at the University of Ibadan spoke on the title, Democracy and Development in Nigeria: The Leadership Conundrum.

He stated that the country has no longer been able to consistently and legitimately enforce its laws or provide its citizens with basic goods and services.

The Public Affairs analyst said that the factors that contributes to the failure of a state includes insurgency, high crimes, ineffective and impenetrable bureaucracy, non-funding of education, corruption. judicial incompetence among others.

According to him, he pointed out that one big problem that has become an endemic social ill today in Nigeria is insurgency. He asserted that it has spared no one,  the poor and the rich; the young and the old; as well as citizens and non-citizens. He spoke unequivocally that the phenomenon has had a knock-on effect on the society creating a funnel of criminalities.

Evident in the acts, he established the notion that the destruction of cultural heritage, human trafficking, illegal arms dealing and killing for ransom, displacement of persons etc are major reasons of a deteriorating economy like Nigeria.

Several other factors were raised. He stressed on complementary attitudinal change, where he averred that for Nigeria to get out of the quandary, be it leadership or followership class must reposition their minds and change their behaviors and attitudes.

Also at the event were the Dean of the Faculty of Arts, Prof Olufunke Asake Adeboye; former Dean. Prof. Abayomi Akinyeye; English Professor and a senior Faculty member Prof Adeyemi Daramola, who recently delivered a valedictory lecture and several other notable guests.

The 2022 conference on Contemporary Nigeria is expected to run from the 22nd – 24th of November, 2022 at the Faculty of Arts and New Faculty of Engineering Lecture Theatre of the University.