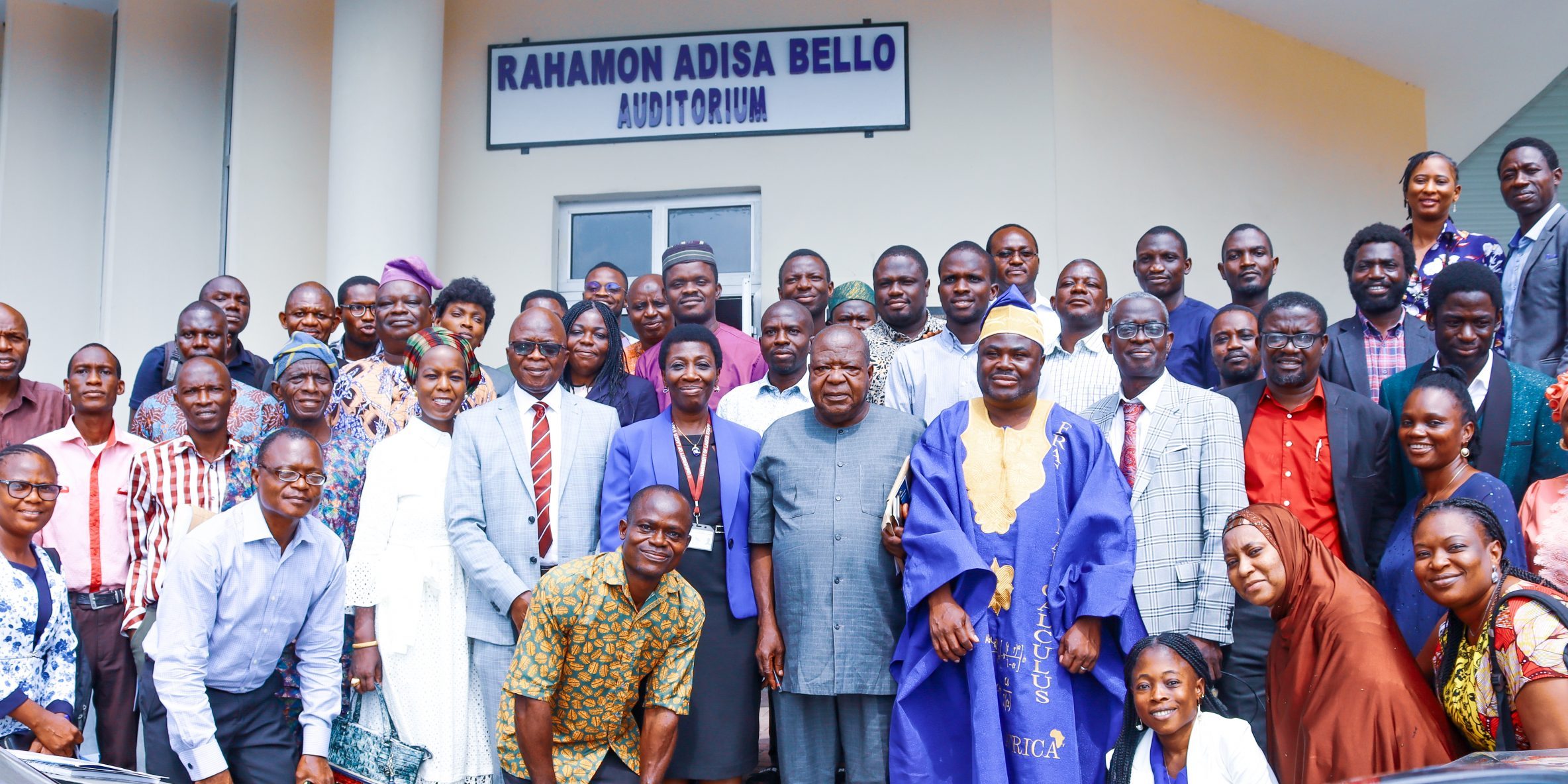 The International Conference on Fractional Calculus and its Applications has begun at the University of Lagos. The week-long conference, hosted by the Department of Mathematics, commenced with an Opening Ceremony on Monday, November 21, 2022.

The immediate past Vice-Chancellor of the university, Professor Oluwatoyin Ogundipe, FAS, was the chairman of the occasion. He was represented by Professor Johnson Omolehin of the Federal University, Lokoja. He commended the Department of Mathematics for hosting the conference, which offers the platform to scholars of Mathematics to share their findings with the world.

“I wonder what the world would look like without Mathematics. It deals with precision. As a researcher, at the beginning and at the end of your findings, you will always find Mathematics. You cannot excuse Mathematics”, he said.

“The University of Lagos is proud to be associated with this event. Mathematics is indeed the Queen of the Sciences. There is no light without Mathematics. Driving a car is a function of Mathematics. In fact, as a woman, you need Mathematics in the kitchen. Mathematics must be for all”.

Professor Atsenuwa thanked the two notable professional associations of Mathematics for their collaboration with Mathematics Department for the organisation of the event. She charged them to embark on a mission to demystify Mathematics, and to popularise it as a tool for changing societal narratives.

The Commissioner of Education, Ogun State, Professor Abayomi Arigbabu, was the Guest of Honour.  An alumnus of the Department of Mathematics, he expressed his gratitude to the University of Lagos for the sound training he received as a young Mathematician.

“As a student of UNILAG, my thirst for knowledge was strong. I borrowed courses beyond the limit of 36 units up to 52, because I wanted to know as much as I want in the fields of Mathematics and Computer Science. My advice to you as students of Mathematics is that you should not specialise too early. The exposure I gained by spreading my tentacles wide prepared me for my role today as Commissioner of Education, Innovation, and Science in Ogun State”.

The conference was held in collaboration with the Association of Mathematical Sciences and Optimisation (AMSO) and Mathematical Analysis and Applications Research Group (MAARG).