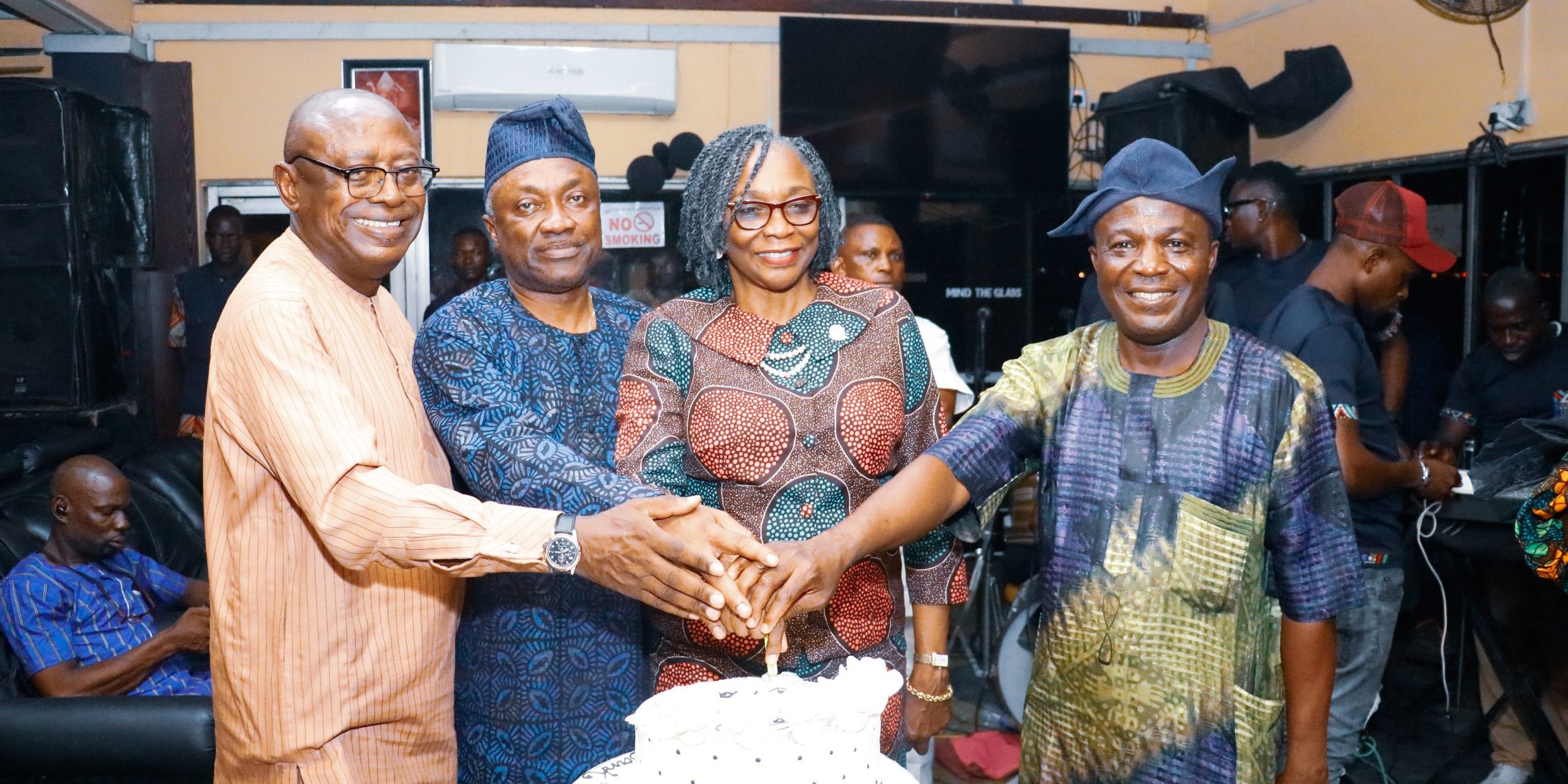 Distinguished Members of the University of Lagos (UNILAG) Senior Staff Club converged at the prestigious club on Friday, November 19, 2022 to rejoice and celebrate the newly appointed Vice Chancellor, Professor Folasade Ogunsola, FAS as she begins her tenure in office.

The reception created an opportunity for the Club Executives, Senior Staff members and management to relax, unwind and celebrate Prof. Ogunsola whom was aptly described as enthusiastic and uninhibited.

While speaking on behalf of the club, the President of the Senior Staff Club, Dr. Amidu Ayeni noted that the first female Vice-Chancellor will enjoy the club’s support. He equally noted that club hierarchy believes in her administrative prowess as one who will ensure the continued progress of the institution than the way she has met it.

In her remarks, Professor Ogunsola thanked the Senior Staff Club members for the honour and assured them of her support. In Her words “… there are days when we need a hand and there are other days when we’re called on to lend one. That is how we must be with one another. And, if we are this way, our institution will be stronger, more prosperous, more ready for the future”.

The highlight of the colourful ceremony which was graced by the husband of the Vice-Chancellor, Mr. Segun Ogunsola, FCA, and other principal officers of the University was the formal induction of Prof. Ogunsola as a member of the club.