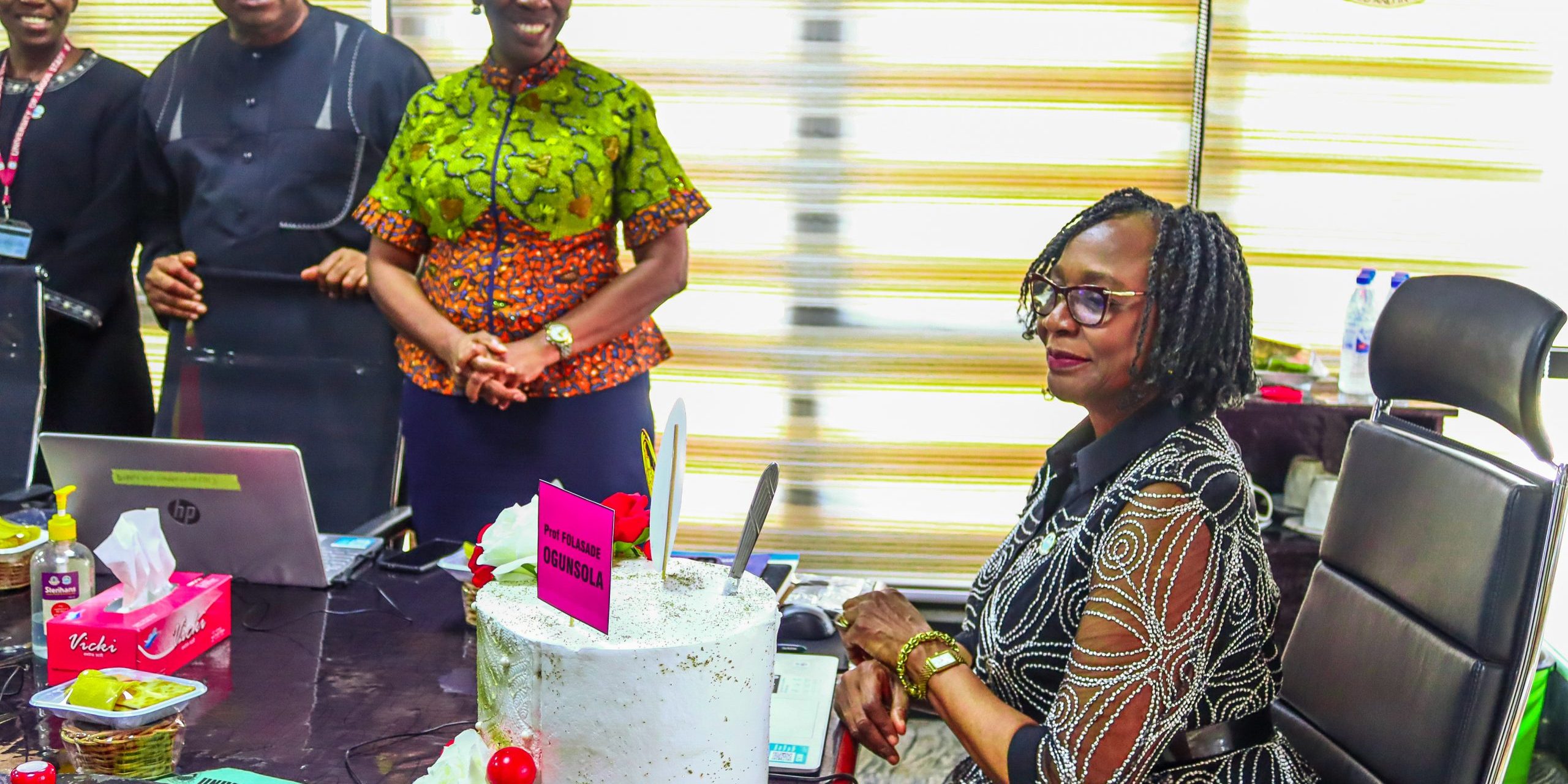 Monday, November 14, 2022, would go down in history as the first day in a work-week for the 13th Vice-Chancellor of the University of Lagos, Professor Folasade Ogunsola, FAS. Incidentally, the day is also the birthday of the new university helmswoman.

Members of the University community came out in their numbers to felicitate with her, in what she described as a special moment in her life.

She had earlier on Saturday, November 12, 2022; kick-started her tenure with a meeting with Directors, Deans, and Heads of Department and Unit, where she revealed her plans for the University.  Thereafter, the very first Professor Ogunsola-led Management Meeting was held on the 10th Floor of the Senate House.

Professor Ogunsola, a Medical Microbiologist had previously served as Deputy Vice-Chancellor, Development Services under both Professor Rahman Bello, FAEng (11th Vice-Chancellor), and immediate past Vice Chancellor, Professor Oluwatoyin Ogundipe, FAS. She was also the Acting Vice-Chancellor of the University from August to November 2020.

She is the first female to be appointed as Vice-Chancellor of the 60-year-old institution.