UNILAG became notable for Entrepreneurship, Innovation, others under my watch – Prof Ogundipe 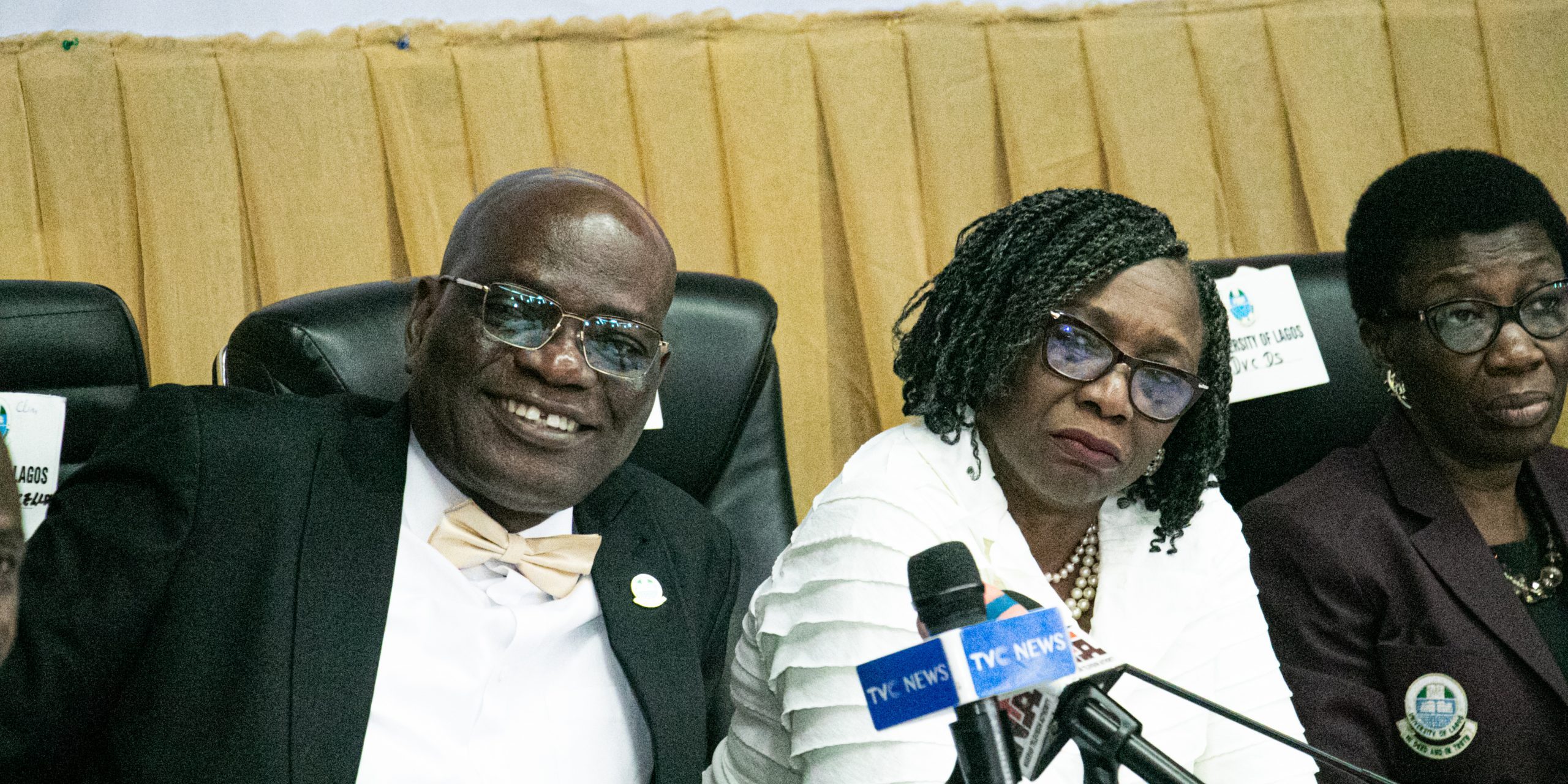 Outgoing Vice-Chancellor, University of Lagos, Professor Oluwatoyin Ogundipe, FAS, says, under his watch, UNILAG has transited from being a citadel of knowledge and academic excellence into an enviable brand with notable feats in innovation, entrepreneurship and scholarship.

Speaking at a Valedictory Press Conference which held on Friday, November 11, 2022 being his last day in office as the 12th Vice-Chancellor of UNILAG, Professor Ogundipe says he wants to be remembered most importantly, for emptying himself to move UNILAG forward.

The event was another avenue for Prof Ogundipe to acknowledge and appreciate all stakeholders especially the teaching and non-teaching staff across the four University Staff Unions namely; Academic Staff Union of Universities (ASUU), Non-Academic Staff Union (NASU), the Senior Staff Union of Nigerian Universities (SSANU) and the National Association of Academic Technicians (NAAT), the entire student population as well as the Alumni body for the cooperation and support they all accorded him in the last 5 years, one he said, aided the monumental growth and development in the university.

While appreciating members of the fourth estate of the realm across all platforms for their cooperation over the last 5 years, the outgoing Vice-Chancellor also took time to also eulogize the University Governing Council led by Distinguished Senator Dr. Lanre Tejuoso, the University Senate and every member of management who served with him, he described their inputs as enabling factors which led to the many milestone achievements.

Prof Ogundipe who was flanked by his successor, Professor Folasade Ogunsola alongside other management staff of the university recalled the UNILAG agenda he unveiled in 2017, describing it as one which cleared the path for the giant strides which UNILAG is now reputed for.

While presenting his scorecard through the UNILAG agenda, the Professor of Botany noted that under his watch, Researchers attracted a sum of not less than N19 billion into the university, a feat that is unprecedented.

He identified the university’s latest ranking as the first in Nigeria and between 401–500 range by the Times Higher Education World Universities Ranking as a major testimony of a shared vision by management alongside other stakeholders.

While passing a vote of confidence in his successor’s ability to continue with the good works, Prof. Ogundipe said his position as the 12th Vice-Chancellor of UNILAG marks the completion of a cycle while Prof Folasade Ogunsola’s emergence as the 13th Vice-Chancellor signifies the beginning of a new era of consolidation.

He solicited cooperation, prayers and support for Professor Ogunsola who assumes office on Saturday, November 12, 2022, vouched for her abilities and assured of her pedigree, scholarship as well as administrative prowess based on her track record as the Provost, College of Medicine and as the first Deputy Vice-Chancellor, Development Services.

Posers raised by journalists at the Press conference revolved around Prof. Ogundipe’s legacies, possible regrets and other critical areas of university administration, Prof. Ogundipe, in his response noted that he has done his best and is handing over as a fulfilled man.

The Education Writers’ Association of Nigeria (EWAN) led by Mojeed Alabi made a presentation to Professor Oluwatoyin Ogundipe in acknowledgment of his success stories while in office.

Click here for access to the Speech delivered by Professor Oluwatoyin Ogundipe, 12th Vice-Chancellor, University of Lagos at his Valedictory Press Conference.