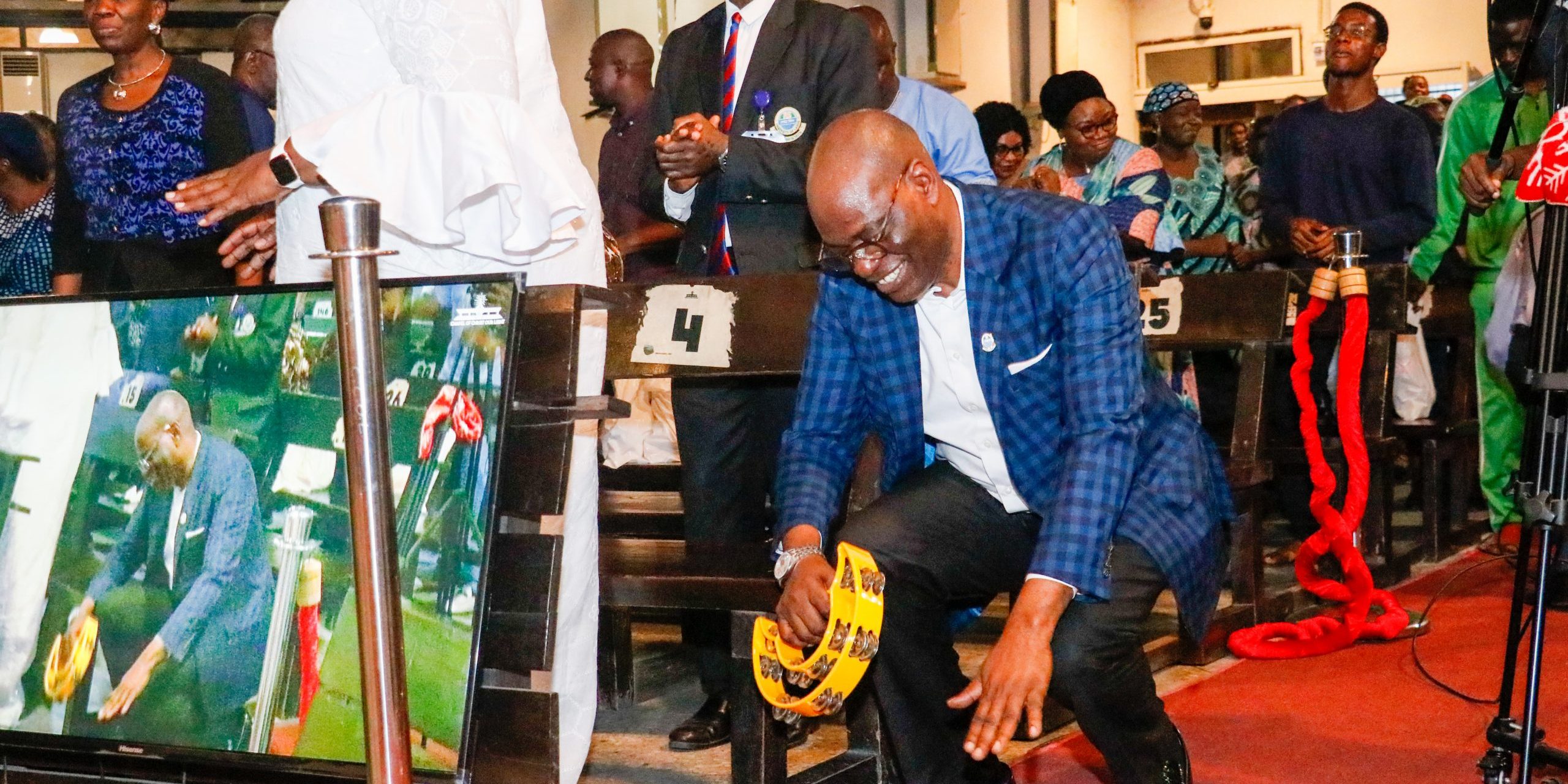 The event happened on Tuesday, November 8, 2022 and had members of Management and dignitaries from all walks of life in attendance.

Moderator of the event, Prof. Mopelola Olushakin, declared that, “Today is a special day that the Lord has chosen for celebration and the glorification of His holy name”.

The immediate past Registrar of the University of Lagos, Dr. Taiwo Folasade Ipaye, testified to the great professional and personality that Professor Oluwatoyin Ogundipe is. He commended him as the one who prevented her forceful eviction from the University of Lagos Quarters without prior notification. She described him as a man of honour and dignity.

A former President of the Senior Staff Association of Nigeria (SSANU), UNILAG Chapter, Prince Adefolalu Oriwaye, in his testimony, said the Vice-Chancellor is a wonderful man. He said some cabals had wanted him to commit suicide because of the extent they went to defame his personality; but God made the entire affair end in praise for the Vice-Chancellor.

Mr. Adebinyo Moyo, one of the mentees of the Professor Ogundipe, gave an emotional tribute. He described him as the father that God gave him since he lost his parents. He affirmed that since he came across him as a student leader, his life has been positively impacted in many ways.

The Vice Chancellor, Prof. Oluwatoyin Ogundipe FAS, in his remarks said, he returned all the glory and adoration to the Almighty God for the songs of victory he has put in his mouth. He recalled that many are the wilderness experiences that he has had, but God has granted him a victorious ending in all. He thanked the Governor of Lagos State, Mr. Babajide Sanwo Olu, for his constant support. He also singled out all the members of Management for praise.

Professor Oluwatoyin Ogundipe, FAS, specially thanked the Senate of the University of Lagos for standing by the truth and defending the integrity of the institution.

He thanked his children for believing in him, and also expressed his gratitude to the President of the Federal Republic of Nigeria for defending the ideals of university system in Nigeria.

He described the incoming Vice-Chancellor, Professor Folasade Ogunsola, FAS, as a loyalist and a defender of equity, justice and fair play. He declared that she will be a great blessing to the institutional brand of the University of Lagos.

Pastor Dr, Azuka Ogbolumani, who was the Officiating Minister, enjoined all present that praise should be the language with which they communicate with God all the days of their lives. He thereafter prayed for the Vice-Chancellor and wished him greater breakthroughs in future.