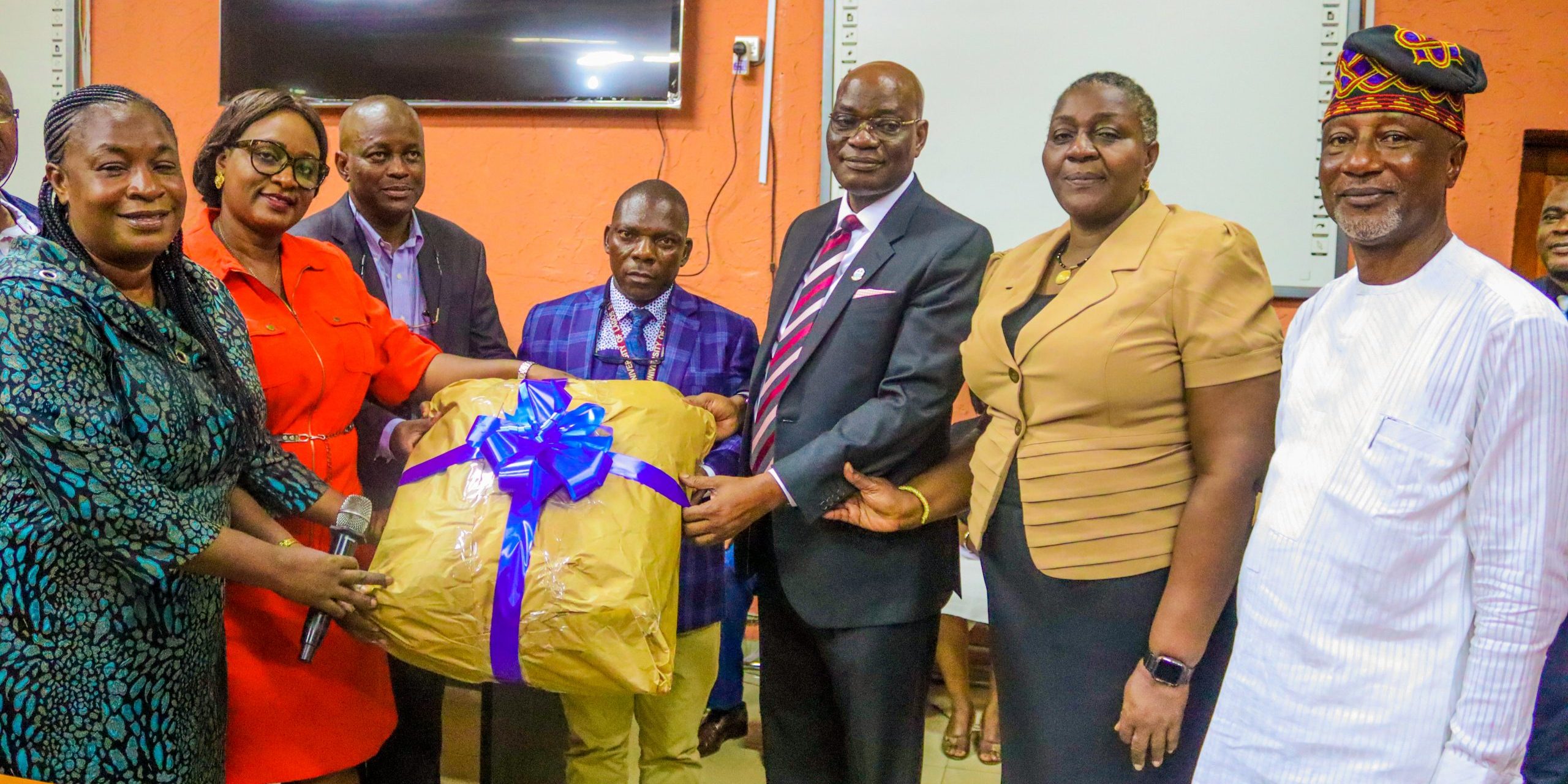 The National Association of Academic Technologists (NAAT), University of Lagos Branch organized a send-forth event for the outgoing Vice-Chancellor, Professor Oluwatoyin Ogundipe, FAS, on Monday, October 31, 2022, at the Faculty of Science Board Room, UNILAG, Akoka.

The Vice-Chancellor, who was accompanied by members of the management team was also flanked by the incoming Vice Chancellor, Professor Folasade Ogunsola, FAS.

Chairman of NAAT, UNILAG Branch, Peter Ojobor, in his address, affirmed that members of the Union enjoyed a lot of benefits, welfare, and supportive gestures from Professor Oluwatoyin Ogundipe. He extolled the administrative prowess of Professor Ogundipe and the indelible marks he made as the 12th Vice-Chancellor.

Ojobor further expressed his appreciation to God, that Professor Ogundipe got a good successor that will consolidate and add glamour to his achievements for the advancement of the University.

The immediate past Chairman of the Union, Engr. Sulaimon Lawal, in his comments, described Prof. Ogundipe as the best thing that happened to University of Lagos. He referred to him as a father-figure, who is very attentive and motivating. Engr. Lawal commended the Vice-Chancellor for facilitating several grants in support for members of the Union to study, both at home and overseas.

In response, the Vice-Chancellor acknowledged the encomium showered on him but stated that all honours and adoration belonged to God. He expressed his satisfaction with the leadership of NAAT and the maturity with which their agitations are made. He thanked the Association for the cordial relationship with his administration and enjoined them to extend the same goodwill to his successor.

The incoming Vice Chancellor, Professor Folasade Ogunshola, FAS,  commended the Union members for their support and good conduct, saying the relationship between the Union and her administration will be like that of a mother with her children. She assured them that her administration would be attentive and considerate.

She thanked Professor Oluwatoyin Ogundipe for laying a good foundation, and promised to consolidate on it.

At the end of the event, members of NAAT led by their Chairman presented a gift to the outgoing Vice-Chancellor.