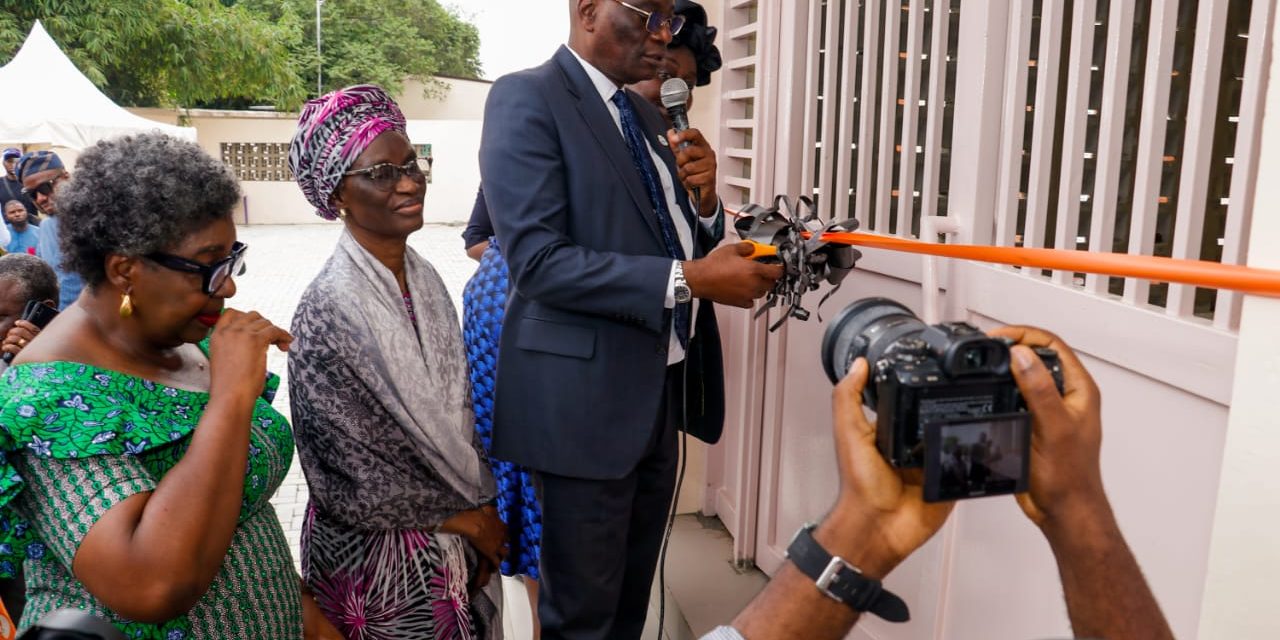 Education in the University of Lagos witnessed another remarkable moment of infrastructure expansion, with the official commissioning of the newly built block ‘A’ hostel of bed spaces by the Vice-Chancellor, Professor Oluwatoyin T. Ogundipe, FAS on Friday, October 28, 2022.

The commissioned project described as a ‘Haven of Rest’ by the President of the University of Lagos Women Society (ULWS) and wife of the Vice-Chancellor, Mrs. Oluwaseun Ogundipe is a place where students will come back to after their respective long day of engagements. While thanking God Almighty for making a reality the successful completion of the project, she revealed that God, indeed, has given her rest after the burden of seeking a loan facility to complete and equip the already built ‘B’ and ‘C’ blocks of occupancy.

According to her, the project is part of a promise she made to continue to improve the standard of education and quality of student’s life to make the University of Lagos a positive reference point.

Similarly, Chairman of the project, Professor Immaculata Ifunnaya C. Nwokoro highlighted the details of the projects since 2016. She stated it was conceived as part of efforts to ease the accommodation problem within the premises of the university under the leadership of the immediate past ULWS President, Mrs. Memudat Bello.

She revealed that although the foundations of the hostel project were put in place, construction of block ‘C’ which was the least financially tasking started first; followed by block ‘B’, before the financial intervention of a loan facility made possible by the United Bank of Africa (UBA) which culminated in the commissioning of blocks ‘B’ and ‘C’ on the 31st of October in 2017. “With barely few days to make it (5) five years the commissioning held, the school has delivered today the final stage of the project with the completion of block ‘A’ today” she added.

For the Vice-Chancellor, Prof. Ogundipe, the ceremony was an opportunity to show appreciation to all and sundry for being players to getting the University to a new height, especially with its most recent ranking as one of the best 500 university in the world by Times Higher Education (THE). He expressed satisfaction on the level of development the institution has enjoyed and sought a continuum of same from everyone as the resumption of the incoming Vice-Chancellor, Professor Folasade Ogunsola draws near.

The multi-level ultra-modern block ‘A’ hostel building is part of the infrastructure projects completed by the University of Lagos Women Society, (ULWS) under the Ogundipe-led administration.