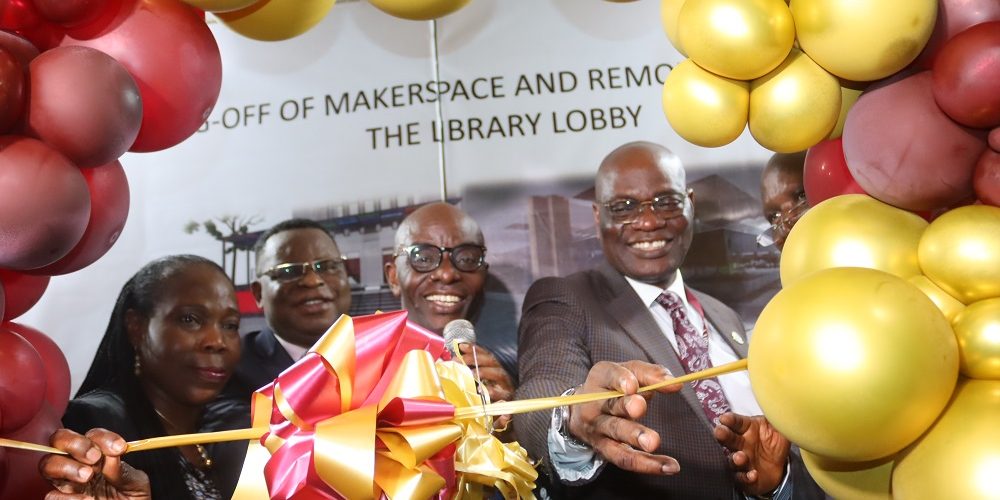 In what could be adjudged a nexus between the P3P policy of the Professor Oluwatoyin T. Ogundipe, FAS, led management of the University of Lagos (UNILAG) and the three core values of Alpha Morgan Capital, the newly remodelled Professor Adetokunbo Babatunde Sofoluwe Park was unveiled amidst pump and ceremony.

The UNILAG P3P policy stands for; Pick a Project, Pick a Programme and Pick a Person, while the three core values of Alpha Morgan Capital revolves around People, Planet and Profit.

Speaking shortly before the formal commissioning of the project on Thursday, October 20, 2022, the Group Managing Director, Alpha Morgan Capital, Mr. Ade Buraimo described the remodelling and landscaping of the Sofoluwe park as a token of the company’s commitment to both nature and the future generation being groomed in the University of Lagos.

While appreciating UNILAG management for the privilege and high-quality engagement during planning and negotiations for the project, Mr. Buraimo reaffirmed the commitment of Alpha Morgan Capital to projects, ideas and initiatives which would continually impact the younger generation whom he identified as bearers of the future.

The Alpha Morgan Capital boss assured that everything is in place to ensure that the newly remodelled Sofoluwe Park is maintained for the next 5-years at no cost to the university.

In his remarks, the Vice-Chancellor, Professor Oluwatoyin Ogundipe, FAS, appreciated the management of Alpha Morgan Capital for delivering on the project.

The newly remodelled Sofoluwe Park, according to Prof. Ogundipe marks another dividend of partnerships between UNILAG and the corporate world, a gesture which he described as an added value to the university’s aesthetics.

While paying tributes to Professor Adetokunbo Babatunde Sofoluwe whom the park is named after, the Vice-Chancellor reiterated the commitment of management to leverage on partnerships as a way of meeting developmental needs of the university.

The event also marked the flag-off of the proposed Makerspace and remodelling of the University Library lobby by the Alpha Morgan Capital.

Speaking at the Main Library, the University Librarian, Professor Yetunde Zaid was full of gratitude to the Alpha Morgan Capital for the commitment to the project.

Prof. Zaid noted that the motive of the Makerspace and remodelling project is to convert the UNILAG library into a more lively, innovative, creative, intellectually stimulating and engaging space for users.

She also applauded the Prof. Oluwatoyin Ogundipe, FAS, led management for keeping the library on an upward trend especially with the deployment of Artificial Intelligence and Robots.

In their remarks, the Vice-Chancellor, Prof. Oluwatoyin Ogundipe FAS and the Group Managing Director, Alpha Morgan Capital, Mr. Ade Buraimo unanimously hinged the library project on the need to make it more contemporaneous especially as the university is committed to raising graduates who are globally compliant.

Highpoint of the event was the ceremonial cutting of the tape and unveiling of the plaque at the Professor Adetokunbo Babatunde Sofoluwe Park by the Group Managing Director, Alpha Morgan Capital, Mr. Ade Buraimo.

The Sofoluwe Park situated adjacent the UNILAG Senate House was built to immortalize the 10th Vice-Chancellor, Professor Adetokunbo Sofoluwe, FAS, who was in office between January 31, 2010 and Friday, May 11, 2012, when he succumbed to the cold hands of death at the age of 62.

The project was originally commissioned on May 11, 2014, by the 11th Vice-Chancellor, Professor Rahamon Bello.