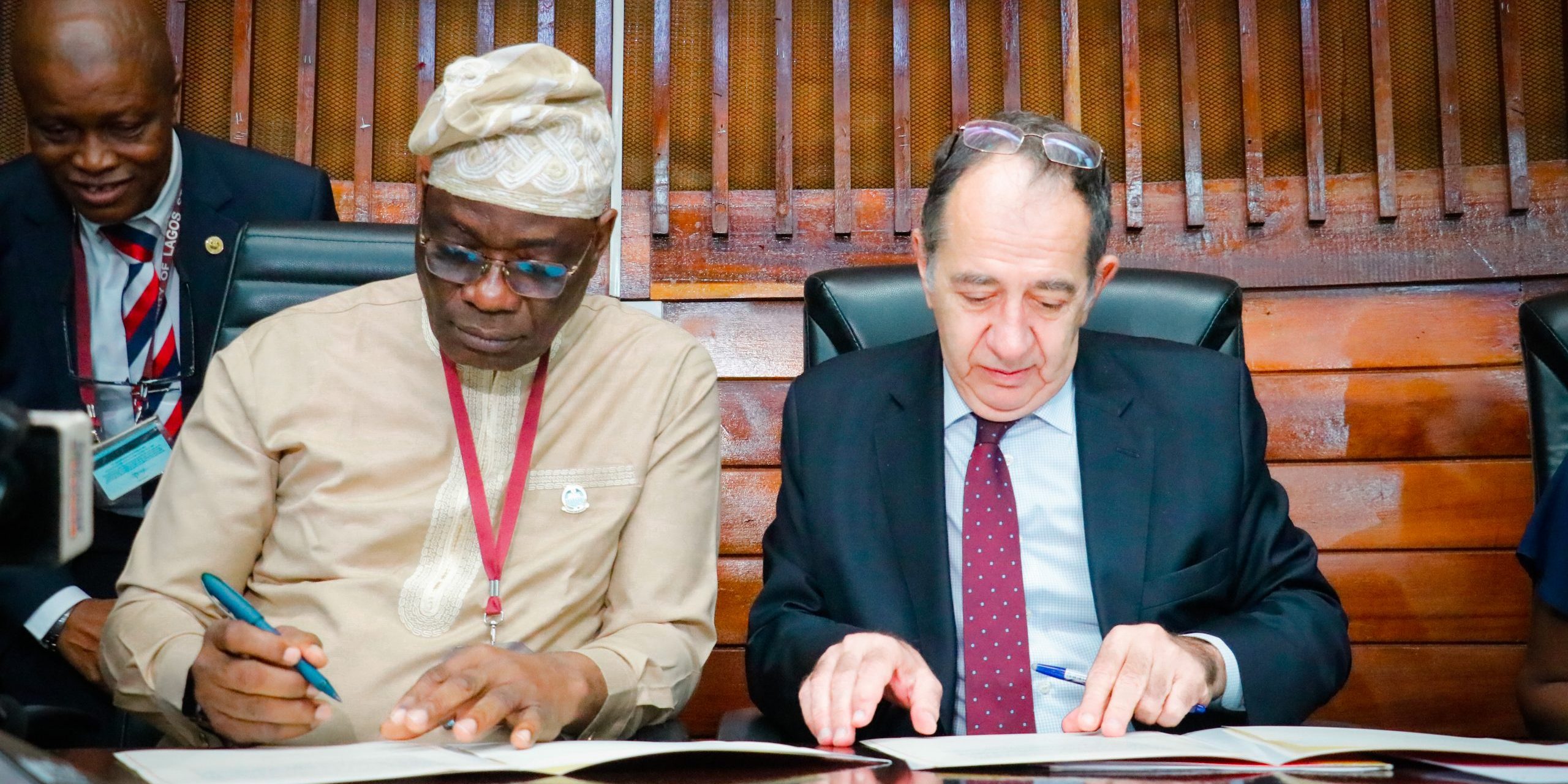 Management of the University of Lagos led by the Vice-Chancellor, Professor Oluwatoyin T. Ogundipe, FAS, on Friday, October 14, 2022, received the Ambassador of Spain, H. E. Mr. Juan Ignacio Sell; Ambassador of México, H. E. Mr. Juan Alfredo Miranda; Consul General of Spain in Lagos, Mr. Daniel Losada and Consul General of Equatorial Guinea, Mr. Joaquín O. Esono for the signing of a Memorandum of Understanding (MoU) to establish a Spanish Lectureship programme at the Department of European and Integration Studies, Faculty of Arts, University of Lagos.

The Deputy Vice-Chancellor (Academics & Research), Professor Bolanle Oboh intimated the guests with the cultural exchange programmes and research activities of the University of Lagos, while highlighting possible areas for further collaboration opportunities. She assured them that there is adequate provision for guest lecturers on the University campus.

The Vice-Chancellor, Professor Oluwatoyin Ogundipe appreciated the Ambassadors and Consul Generals for their interest in UNILAG. He informed them of the different foreign languages offered by the University such as German, Russian, Chinese and French languages. He acknowledged that the University’s location in a cosmopolitan city makes it a viable option for the establishment of such a programme. The Vice-Chancellor invited the guests to join the University in thinking along the lines of establishing a split degree programme scheme where UNILAG students could run part of their studies in Spanish speaking countries and be awarded certificates of both the University of Lagos and the collaborating universities in Spanish speaking countries.

The Ambassador of Spain, H. E. Mr. Juan Sell, said the MoU being signed could be likened to sowing a seed, and expressed his optimism of the seed germinating and blossoming into outstanding successes. The Ambassador disclosed that from the warm reception he and his colleagues had received, and what they had learnt thus far, they are of the firm belief that they made the right choice by entering into partnership with the University of Lagos. He noted that Spanish speaking countries are like a family united by one tongue and would love to share their language with the world. The Spanish diplomat expressed his hope to foster a longstanding relationship with the University of Lagos through the MoU and by extension bring Nigeria and Spanish speaking countries closer.

Subsequently, the MoU was signed and photographs were taken.