ULWS President Calls for Selfless Acts of Service and Unity 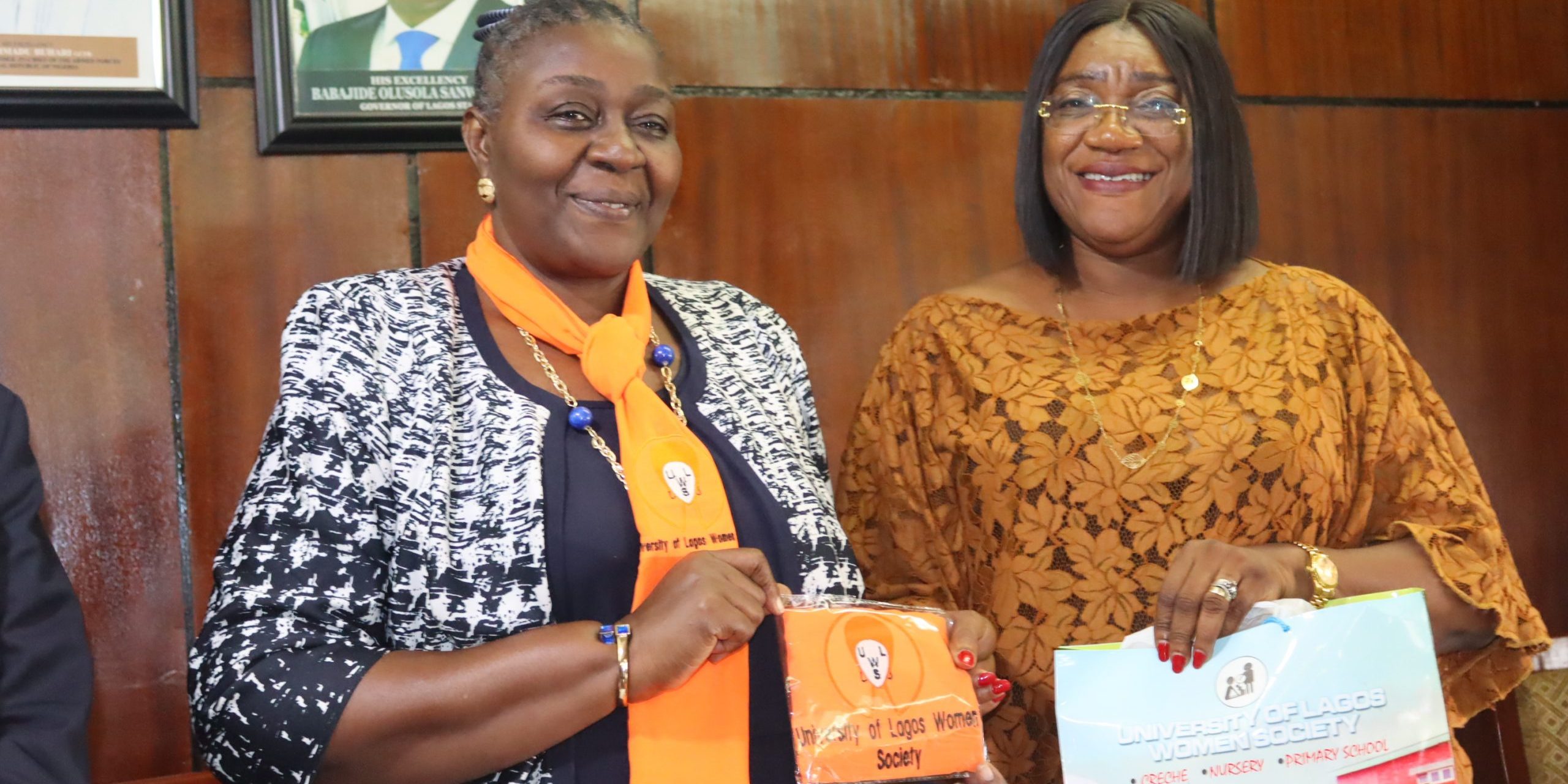 Mrs. Ogundipe, who was accompanied by the board and executive members of ULWS, spoke passionately of her dream to see ULWS members become formidable forces in the University that will influence and shape both the present and future. She posited that this could be achieved through active participation and dedication to the core values of motherhood which entails being a teacher, nurturer, protector, and mentor to the younger ones.

The President indicated that the UNILAG Women Society (ULWS) had been able to sponsor the education of three (3) indigent students in the past years through the funds derived from fee-paying members of the Society. She expressed the belief that the Society could do more for the University community. While debunking the assumptions by many that the Society was open to only those whose children are enrolled in the ULWS Nursery and Primary School, Mrs. Ogundipe explained that every senior female member of staff and wives of senior male members of staff of the University are eligible to join the Society. She especially encouraged eligible members in CMUL to be more active and form a vibrant force in their immediate community and the University at large.

Mrs. Ogundipe further expressed joy at seeing women excel and thanked God for the foundation that is being laid with the first female Vice-Chancellor of the University of Lagos after 60 years of existence. She appreciated the 2nd Vice-President of ULWS, Mrs. Ebi Obigha who invited her to visit CMUL and everyone who honoured her visit by showing up, one of whom is her childhood friend, Dr. Aiyesha Akinkugbe.

The Provost, College of Medicine, University of Lagos (CMUL), Professor David A. Oke, who had earlier welcomed Mrs. Ogundipe to the Idi-Araba Campus, was elated to learn about the tremendous work the Society had undertaken in the past few years and pledged support of the College in the coming years. His wife, Mrs. Oluwakemi Oke averred that female members of staff of CMUL and wives of male staff will rise to the challenge and become more involved in the activities of ULWS.

The meeting came to a close with photographs and exchange of goodwill items such as ULWS branded scarfs.

Thereafter, the group moved to the University of Lagos Staff School, CMUL Annex, Idi-Araba, where they were treated to a warm welcome of cultural dance performances by pupils of the School. Gladdened by the excitement and warmth displayed by the pupils, Mrs. Ogundipe joined in some of the dance routines and was presented with Irùkèrè, Sèkèrè and a bottle of wine by the pupils and members of staff of the School.