UNILAG to Adopt 2 Schools as Part of Community Project 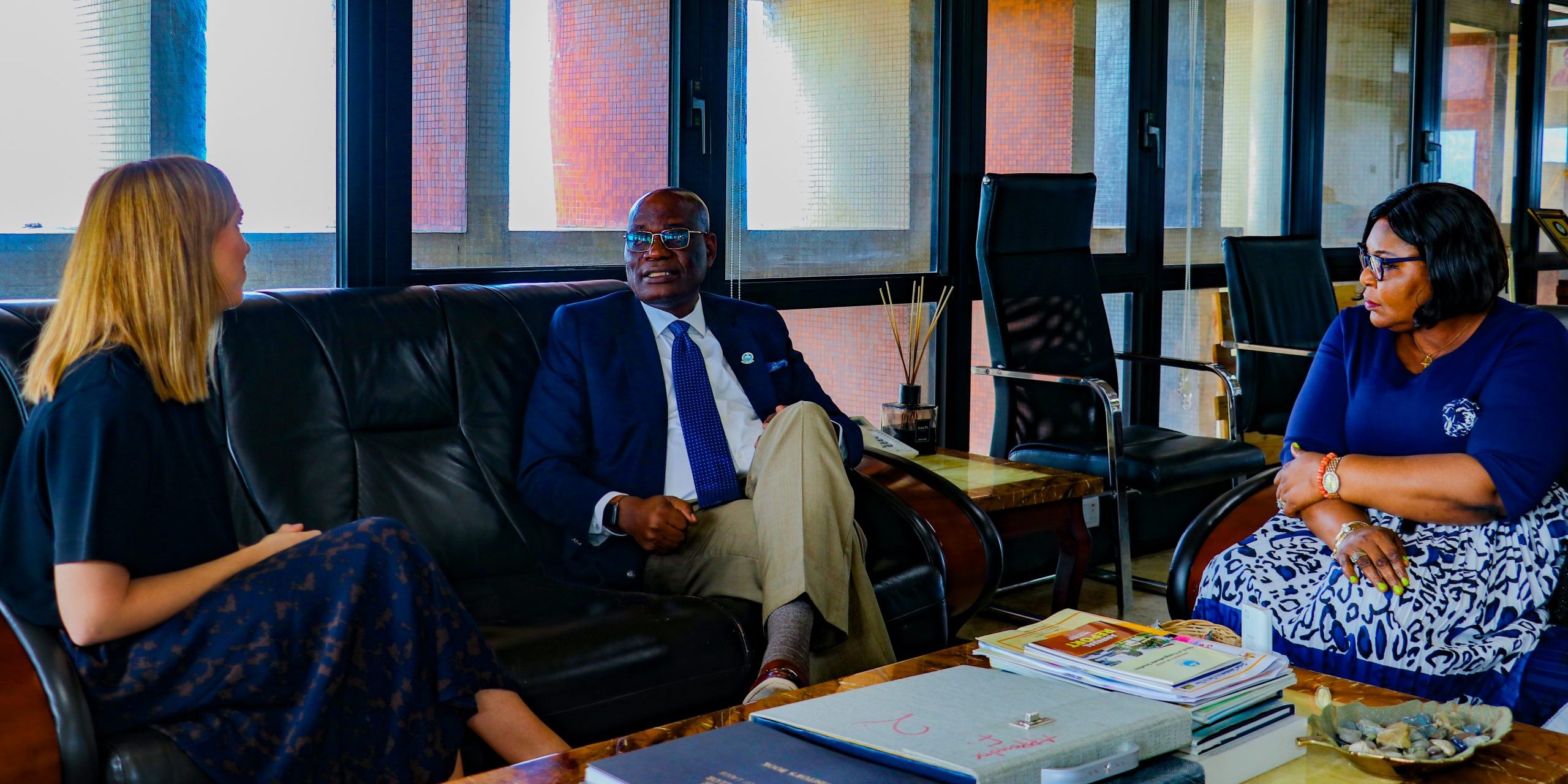 The Vice-Chancellor, University of Lagos, Professor Oluwatoyin Ogundipe, FAS, has announced the readiness of the University to adopt two Secondary Schools within its host communities.

The adoption, according to the Vice-Chancellor, is part of the university’s core mandate especially as it relates to community impact.

Speaking in his office on Tuesday, October 4, 2022 while formally welcoming Dr Stacey Vanderhurst from the University of Kansas, United States of America on board for her fullbright Scholarship programme, Prof. Ogundipe placed on record that UNILAG has not been found wanting in its duties and obligations to its host communities.

He emphasized that the community project which will soon start, is intended to serve as a special intervention for the secondary school students in core areas such as Mathematics, English Language, Civic Education and other subjects. He explained that these subjects will be taught by first class students of the University.

While recalling his sojourn at the Central Michigan University where he served as an Adjunct Professor in 2001, Prof. Ogundipe pointed out that UNILAG under his headship, has leveraged on relationships with reputable ivory towers globally to create opportunities for many teaching staff and give UNILAG more visibility among the comity of Ivory towers globally.

While presenting the Fullbright Scholar to the Vice-Chancellor, the acting head, Department of Sociology, Faculty of Social Sciences, University of Lagos, Dr Franca Attoh assured of the commitment of the department to make her stay worthwhile.

In her remarks, Dr Stacey Vanderhurst appreciated the acceptance, warm relationship and conducive ambience which she has enjoyed from UNILAG over the years.

The Social Anthropologist who lauded the efforts and sterling feats of the university in its 3 core mandate areas: Teaching, Research and Community impact; expressed her readiness to support in every possible area.

Dr Stacey Vanderhurst will be domiciled at the Department of Sociology, University of Lagos for her Fullbright Fellowship Programme which runs between September 13, 2022 and October 13, 2023.

Aside plans to further explore the Lagos terrain for social and academic purposes, the visiting lecturer also announced research interests in sexual harassment.