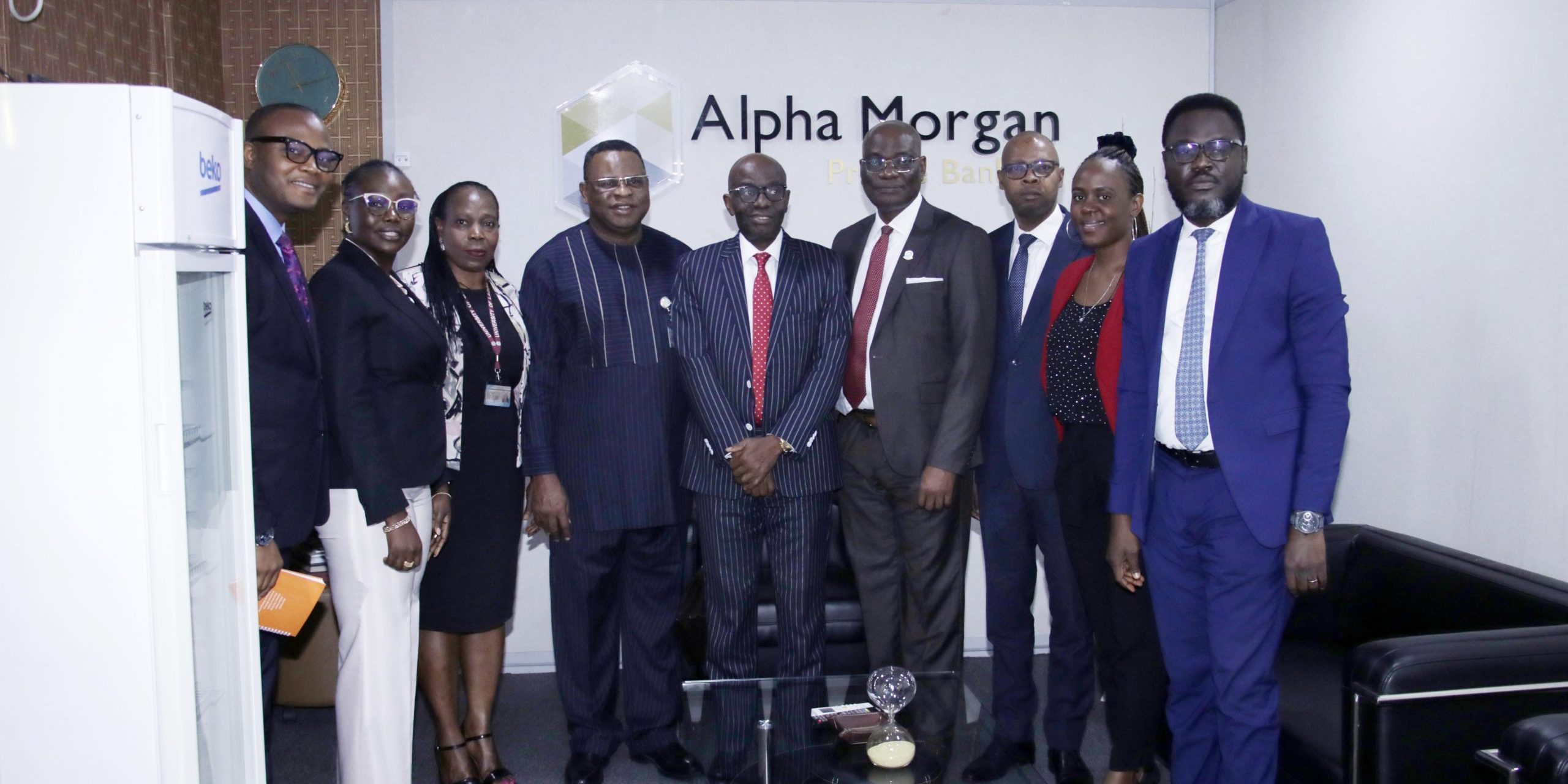 The University of Lagos Management has expressed profound gratitude to Alpha Morgan Capital for delivering on its commitment to landscape the Sofoluwe Park of the University.

During a thank you visit to the organization’s office at Victoria Island, Lagos on Tuesday, September 27, 2022, Alpha Morgan Capital also made a fresh commitment to remodeling a section of the University of Lagos Main Library.

Addressing the Group Managing Director of the Alpha Morgan Capital, Mr. Ade Buraimoh and his team of officials, the Vice-Chancellor, University of Lagos, Professor Oluwatoyin Ogundipe, FAS, identified purpose-driven partnerships and collaborations with corporate/private entities as one critical strategy which could help tertiary institutions to meet its developmental needs especially at this crucial time of dwindling public resources.

He identified the landscaping of the Solofuwe Park by Alpha Morgan Capital as one of the many fruits of partnerships between UNILAG and the corporate world, a gesture which he said adds value to the university’s aesthetics.

Prof. Ogundipe solicited the commitment of the management of Alpha Morgan Capital towards upgrading a section of the first floor of the UNILAG Library into a students’ engagement space to align with management’s vision of transforming the Library into a smart space as obtainable at libraries of Ivy league universities around the world.

In his response, the Group Managing Director of Alpha Morgan Capital, Mr. Ade Buraimoh identified the landscaping of the Sofoluwe Park as part of the company’s keen interest in climate, people and profit.

While appreciating the UNILAG management led by the Vice-Chancellor, Professor Oluwatoyin Ogundipe, FAS, for its commitment to all-round development, Mr. Buraimoh noted that the landscaping of the Sofoluwe Park has given Alpha Morgan Capital more visibility thereby adding to its stake as the second largest shareholder at the Nigerian Stock Exchange.

He reiterated the organization’s commitment towards maintaining the Sofoluwe Park just as he pledged the company’s readiness to take up the proposed remodeling at the UNILAG library.

There were remarks by the Deputy Vice-Chancellor, Management Services, Professor Lucian Obinna Chukwu alongside the Librarian, Professor Yetunde Zaid.

The duo appreciated the cooperation and sense of diligence from the Alpha Morgan Capital team during negotiations for the Sofoluwe landscaping project.

Prof. Zaid pointed out that the remodeling of the UNILAG library becomes more imperative in view of the need to change the experience of the about 4,000 students who visit the library everyday by changing the space into a smart centre where users are inspired and creativity is ignited.

The UNILAG Management team was also accorded the courtesy of touring facilities within the Alpha Morgan Capital offices by the Group Managing Director, Mr. Ade Buraimoh.

The Sofoluwe Park situated adjacent the UNILAG Senate House is named after the 10th Vice-Chancellor, Professor Adetokunbo Sofoluwe, FAS who was in office between January 31, 2010 and Friday, May 11, 2012, when he succumbed to the cold hands of death at the age of 62.