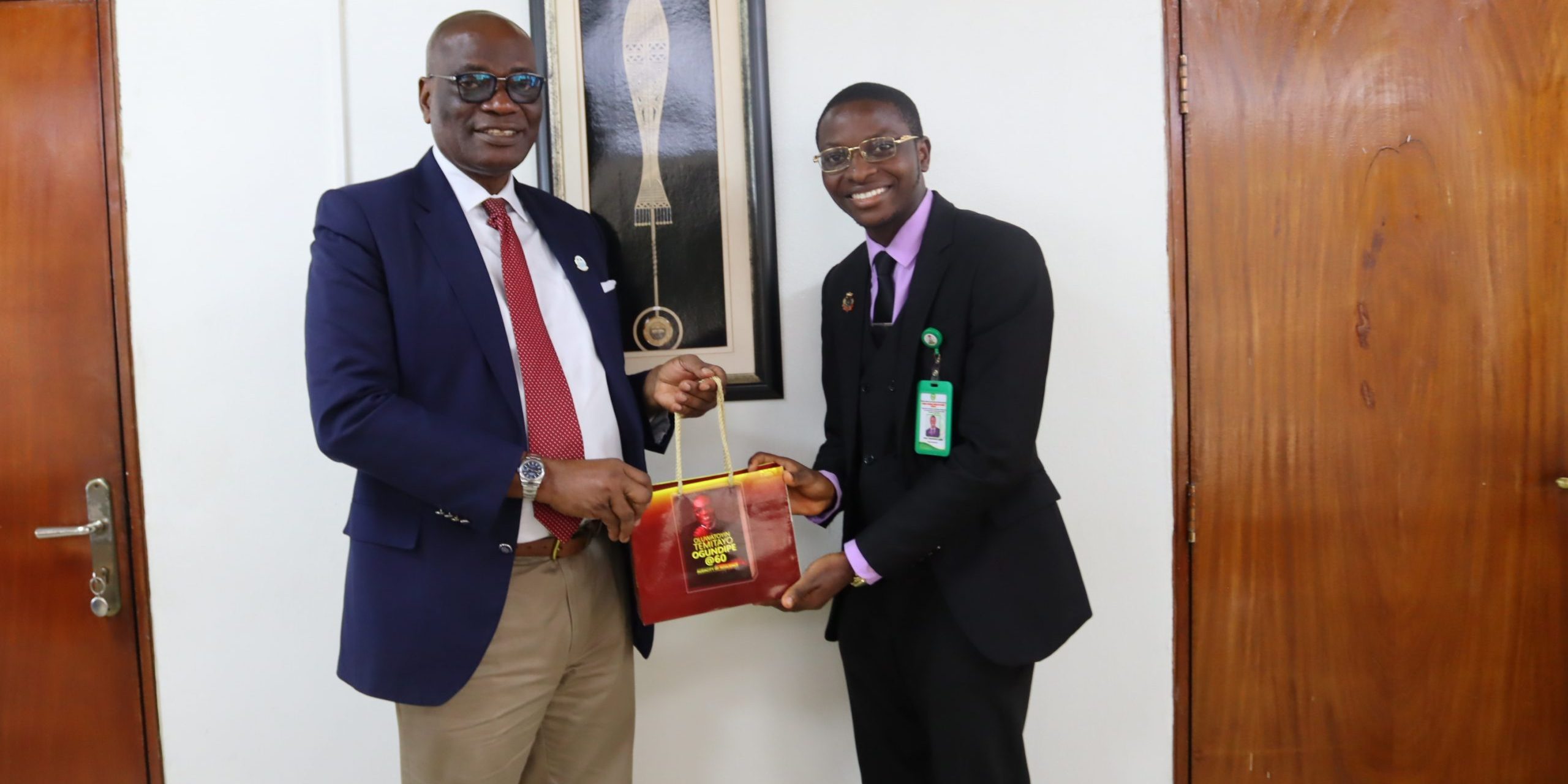 The Vice-Chancellor, University of Lagos, Professor Oluwatoyin T. Ogundipe, FAS on Thursday, 15th September 2022, played host to the Youth Ambassador of the Economic Community of West African State (ECOWAS), Emmanuel Agida, and his entourage in his office.

Mr. Agida, premised his visit to UNILAG on the need to seek the Vice Chancellor’s support as part of his mandate to deliver on the integration of youths and students’ movements for the overall socio-economic development of the continent and to encourage students to get engaged in leadership roles.

It was also an opportunity for Nigeria’s youngest political appointee, and recipient of the Nelson Mandela Leadership Award of Excellence and Integrity to speak on the many issues affecting the teeming youths, as well as build hope and inspire confidence among the upcoming generation.

The ECOWAS ambassador revealed that he was a long-time admirer of the Vice Chancellor’s work ethics from a distance especially as it relates to positioning UNILAG as a flagship among institutions of higher learning, nationally and internationally.

While expressing disappointment over the hostile and unfavorable socio-economic atmosphere in the country, Mr. Agidagave thumps up to the Vice Chancellor for being an active promoter of entrepreneurship, skill acquisition, and youth empowerment through numerous industry partnership initiatives.

According to him, the institution took a major step towards sustaining its university-industry collaboration for the benefit of the country with the signing of a Memorandum of Understanding with Nord Motors, to set up an automobile manufacturing hub.

The leader of the regional youth organization used the occasion to inform the Vice Chancellor of the ECOWAS Council’s forthcoming event which seeks to address many issues related to the youths ranging from academic freedom, freedom of research, and autonomy of higher institutions of learning amongst many others.

In response, the Vice Chancellor, Professor Oluwatoyin Ogundipe thanked the team and expressed satisfaction with the achievements of the ECOWAS Council.

Prof. Ogundipe recalled the support which the university has enjoyed from alumni, donors, friends, and other stakeholders in the University in promoting higher standards of teaching, learning, research, and community service, thus leaving a lasting legacy for future generations; and encouraged the foundation to tap into it.

After the meeting, the ECOWAS Youth Ambassador presented an Award of recognition to the Vice Chancellor for his numerous achievements.