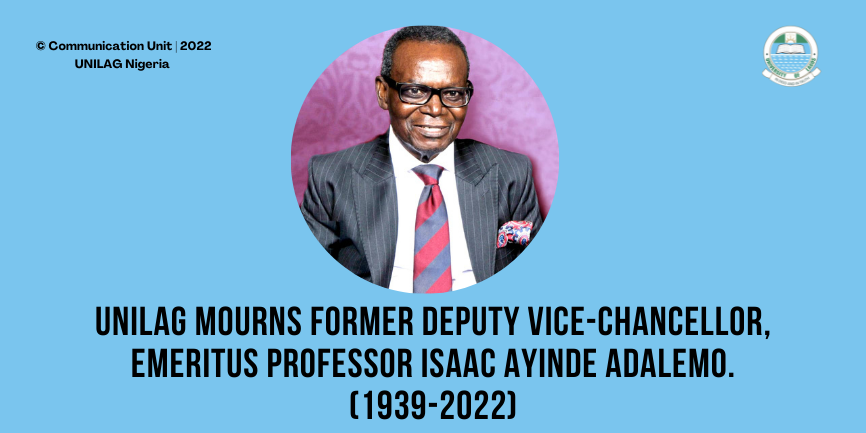 The University of Lagos announces the passage of our former Deputy Vice-Chancellor and Emeritus Professor of Geography, Isaac Ayinde Adalemo.

Emeritus Professor Issac Ayinde Adalemo served as the pioneer Dean of the School of Postgraduate Studies (1981-84) and, thereafter, as Deputy Vice-Chancellor (1985-89). Prior to those appointments, he had been Head of the Department of Geography (1975-1978) and President of the University Senior Staff Club (1978 -1979).

The accomplished intellectual whose brilliant contributions transcends the academia is survived by his Wife, Mrs. Patience Olubusola Adalemo, and their three children: Oluremi, Olufemi, and Adebayo.

On behalf of the entire University of Lagos community, the Vice-Chancellor, Professor Oluwatoyin Ogundipe, FAS, commiserates with the Adalemo family and prays for the repose of the soul of Emeritus Professor Isaac Adalemo.