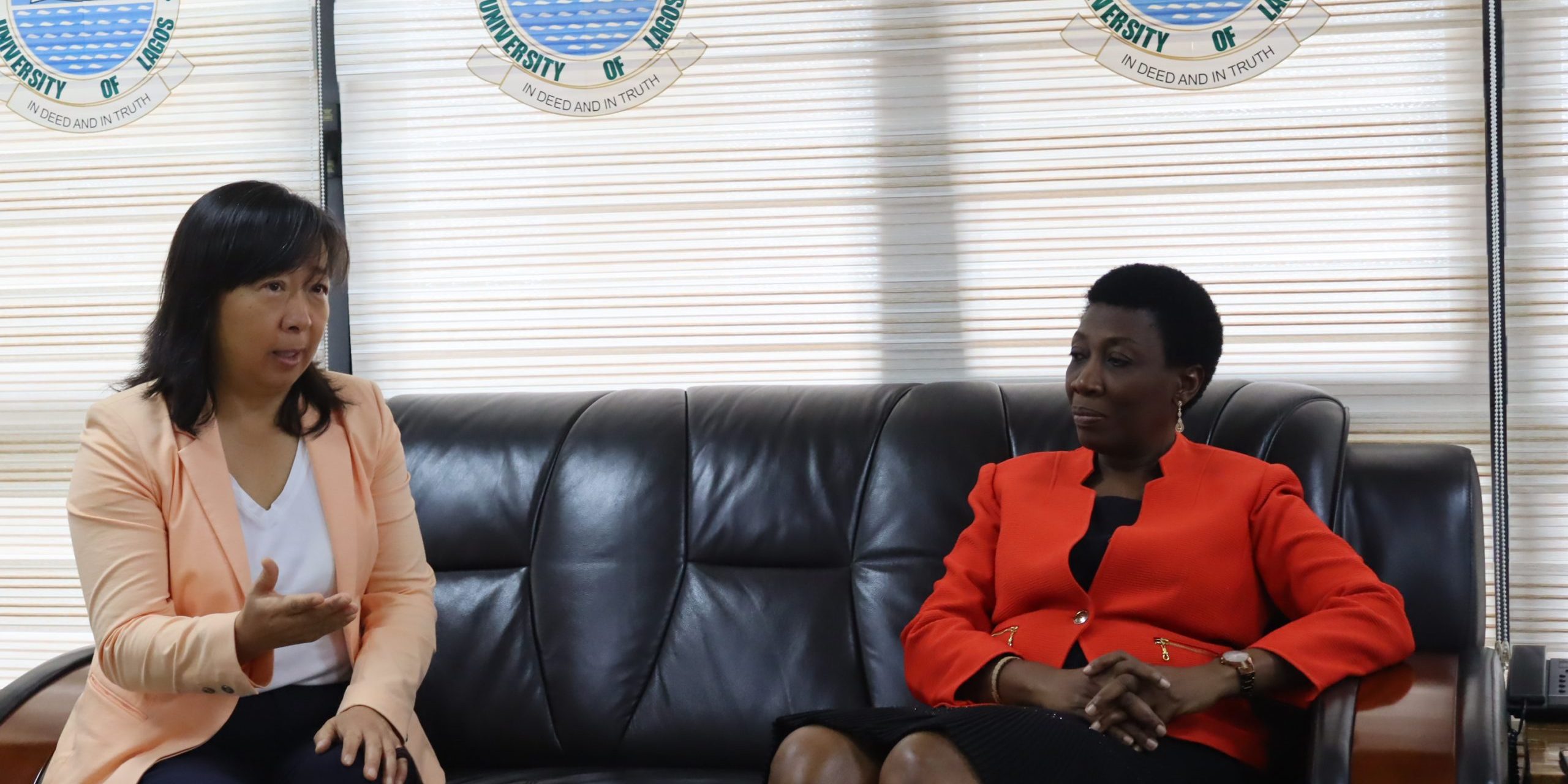 The People’s Republic of China has been urged to continue to support the University of Lagos as part of its drive to deepen its relationship with Nigeria, promote multiculturalism and build a better world.

The Deputy Vice-Chancellor (Development Services), Professor Ayodele Atsenuwa stated this on Thursday, September 8, 2022, when the wife of the Ambassador of the Peoples Republic of China, Mrs. Liang Huili accompanied by the Educational and Cultural attaché, Mr. Wang Guiping paid a courtesy visit to the University.

The Deputy Vice-Chancellor who received the guests on behalf of the Vice-Chancellor expressed appreciation for the support China had shown the University in particular and Nigeria in general.

Prof. Atsenuwa reiterated the importance of staff and student exchange programmes between the University and China, especially as such programmes had immense benefits. She emphasised the need to extend such programmes beyond cultural exchanges to other areas including Science, Technology, Engineering and Mathematics (STEM).

Earlier, the wife of the Ambassador of the Peoples Republic of China, Mrs. Liang Huili expressed satisfaction with the level of cooperation and achievements recorded by the University and her country through the Confucius Institute. She noted that this had greatly enhanced the understanding of Chinese language and culture among Nigerians.

Mrs. Huili, who had visited the Nike Art Gallery located in Victoria Island, described her experience as mind-blowing. She added that Nigeria’s rich culture and arts had enormous value opportunities for the country. Mrs. Huili opined that the Chinese government would be pleased to open up discussion on several areas of interest particularly on cultural exchange programmes.

Also present during the visit were the Deputy Vice-Chancellor, Academic and Research, Prof. Bola Oboh; the Directors of the Confucius Institute, UNILAG, Prof Chimdi Maduagwu and Zhang Hongling, as well as the Deputy Director, Dr. John Adenle among others.