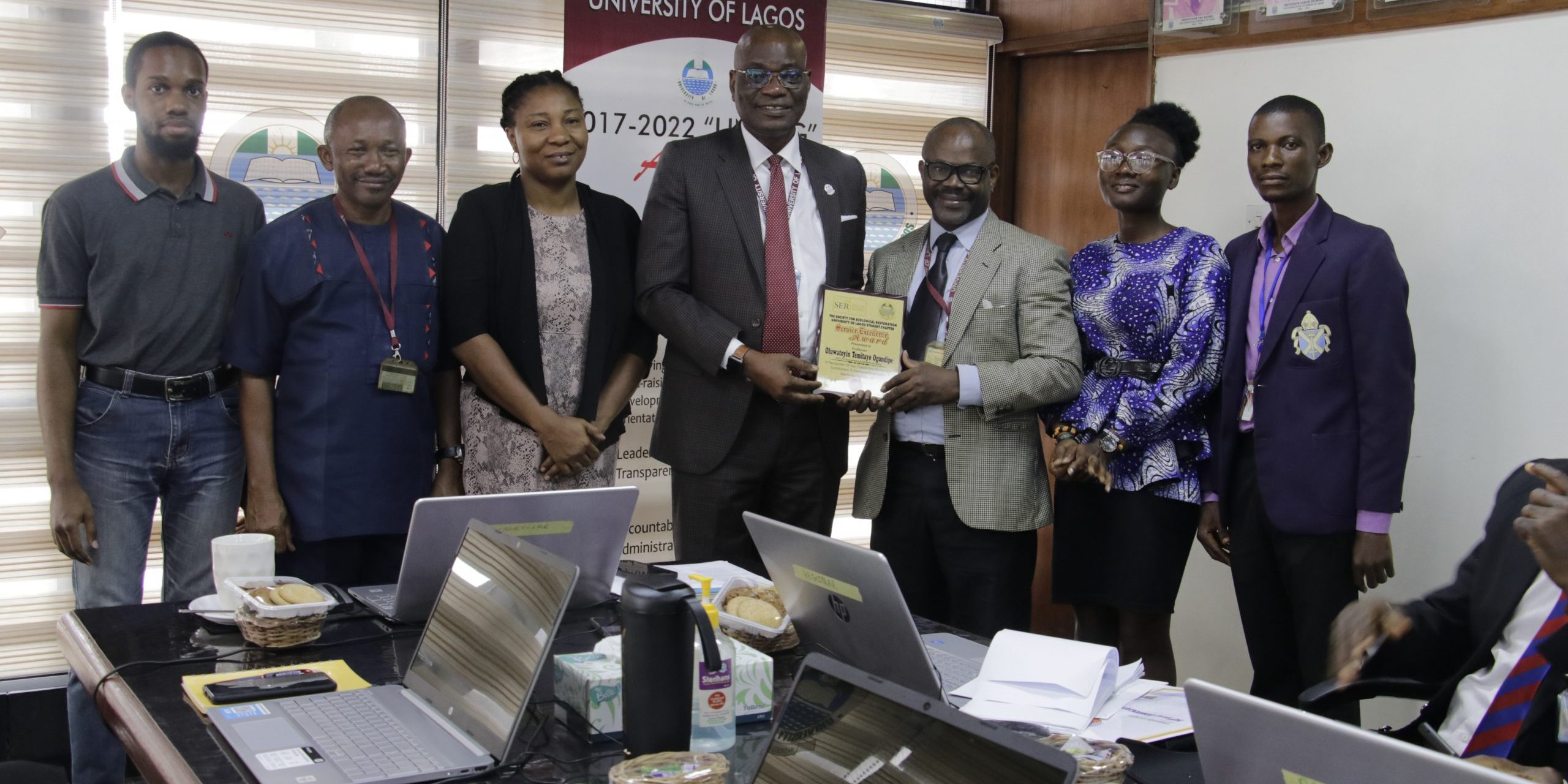 Vice-Chancellor, University of Lagos, Professor Oluwatoyin Ogundipe FAS has reiterated the University management’s unwavering commitment to and support for researches and all forms of scholarly engagements which would give UNILAG more visibility among the comity of Ivory towers.

Speaking on Monday, July 25, 2022 shortly after bagging an Award of Excellence in Service courtesy of the Society of Ecological Restoration (SER), University of Lagos Students’ Chapter, Prof. Ogundipe placed on record that UNILAG has successfully carved a niche for itself in winning research grants, a feat which he said, has continually earned UNILAG accolades nationally and internationally as well as given the University more visibility.

While acknowledging and appreciating scholars across departments and faculties of the University of Lagos for attracting various research grants and international collaborations into the University, the Vice-Chancellor challenged the generality of students to be research oriented as a way of creating a formidable identity for themselves which will in turn, make them indispensable anywhere in the world.

Speaking on the rationale behind the Award of Excellence in Service of the Society of Ecological Restoration (SER) conferred on Professor Oluwatoyin Ogundipe FAS, the African Co-ordinator of the Society, Dr. Excellence Akeredolu attributed it to the Vice-Chancellor’s avowed support for researchers in the university.

While giving thumbs up to the entire UNILAG management for the commitment and sterling performance in motivating researchers for greater exploits, Dr Akeredolu who is also a Senior Lecturer in the Department of Zoology, Faculty of Science, University of Lagos said the award is meant to celebrate the Vice-Chancellor for first for being an exemplary leader and secondly, for charting the course for contemporary researches which are directly aimed at addressing human needs.

The Society of Ecological Restoration (SER) is a dynamic global network of over 4,000 members who foster the exchange of knowledge and expertise among ecological restoration practitioners and scientists from diverse disciplines and backgrounds.

The Society also advances the science, practice, and policy of ecological restoration to sustain biodiversity, improve resilience in a changing climate, and re-establish an ecologically healthy relationship between nature and culture.