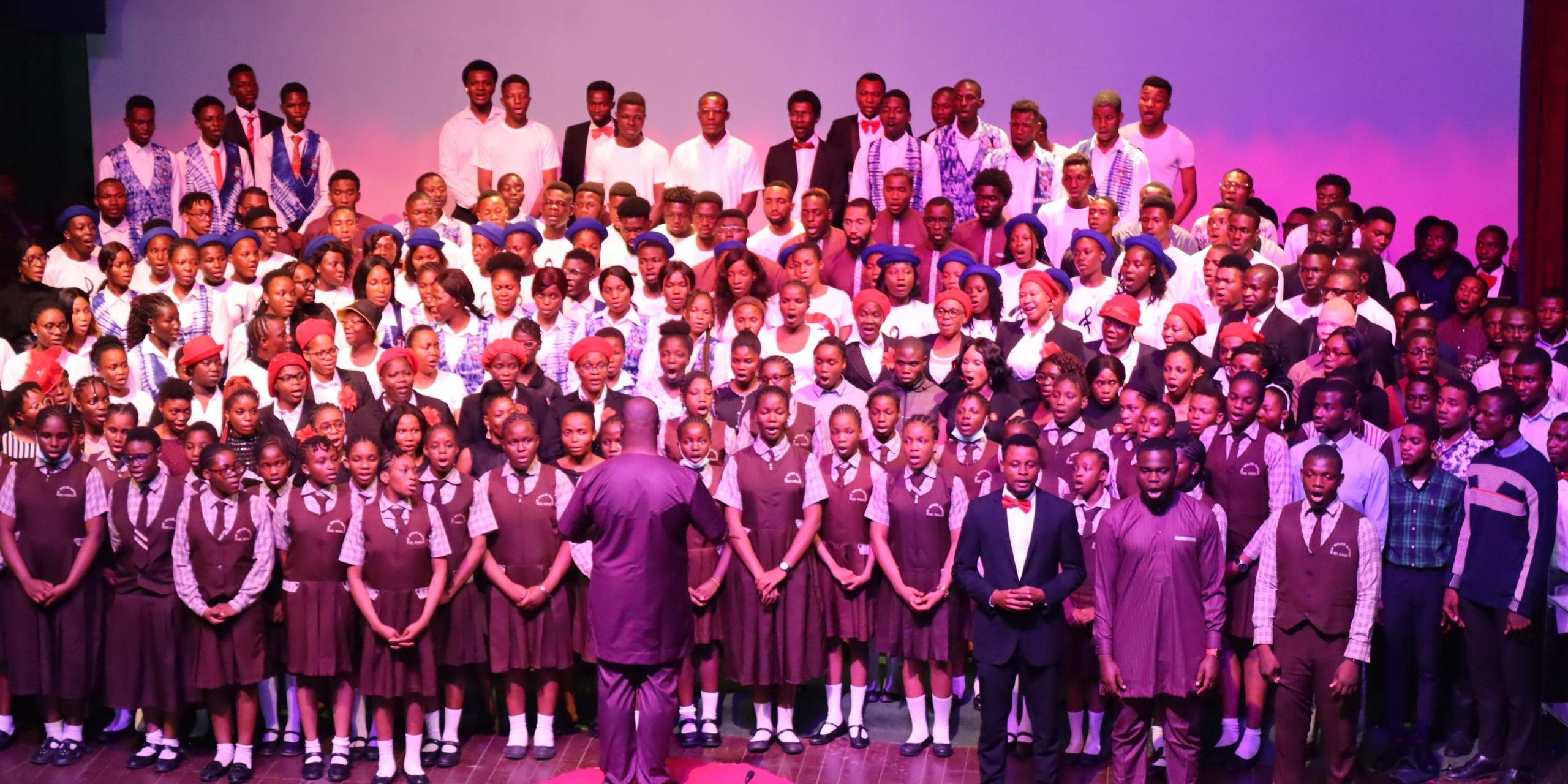 As part of its 2022 tour of Nigeria, the Morehouse College Glee Club,  Atlanta, Georgia thrilled the University of Lagos community to some beautiful music at the J.F. Ade. Ajayi Auditorium on Tuesday, July 5, 2022.

The Auditorium was teeming with choirs and spectators who came to enjoy the choral performance.

The highlight of the evening was the renditions of Nigerian songs in Igbo, Yoruba and Hausa languages which received a resounding round of applause from the audience.

Earlier in the day, a team of officials from the Club paid a courtesy call on the Vice Chancellor of the University of Lagos, Professor Oluwatoyin T. Ogundipe, FAS at the Senate House.

Mr. Clement Aiyegbusi who led some of the faculty members and officials to the ivory tower said the visit of the College is part of arrangement by the United States Consulate office to strengthen the existing bilateral and cultural relationship with Nigeria institutions of higher learning.

The Director of Music and Performances at the College, Uzee Brown, while speaking during the courtesy visit, reminisced on his first experience in Nigeria when he visited as a student in 1972. He noted that the current visit was another opportunity to recall the hospitality and cultural entertainment he witnessed the first time. “I am so glad to be here again since the historic visit which happened 50 years ago. It is such a honor to reconnect with that same experience”.

A delighted Professor Ogundipe appreciated the US Embassy for bringing the choral performance of the Morehouse College Glee Club to the University of Lagos. He remarked that as a cosmopolitan university with rich history in the Entertainment space in Nigeria, the choice of the University as a destination for the musical performance was not misplaced. He buttressed his position by making reference to notable alumni who have continued to do well in the Art as well as Music while alluding to the fact that music, arts and film have continued to bring diverse people together and create space for discussion of exchange programs.

He elaborated on the various partnerships UNILAG has had in the past with several notable institutions internationally which has seen the university strategically positioned for relevance outside the shores of Nigeria. He spoke of the recently signed partnership deals with some European equivalents in Germany as well as some universities in Scotland, United Kingdom with focus areas on green energy, artificial intelligence, medical interventions, entrepreneurship and innovation drive. He, however, posited that despite the fact that Morehouse College has always operated within the confines of global cultural dexterity and liberal Arts, the College and the University of Lagos can work out possible ways on how to empower every student in the area of technology. He also proposed a partnership via virtual learning with faculty members who are experts in those areas. He remarked that with technology being a powerful tool, some of the world’s most challenging issues could be solved. He asserted that it is the institution’s desire to drive greater societal impact with financial technology solutions that are accessible, affordable, and relevant.