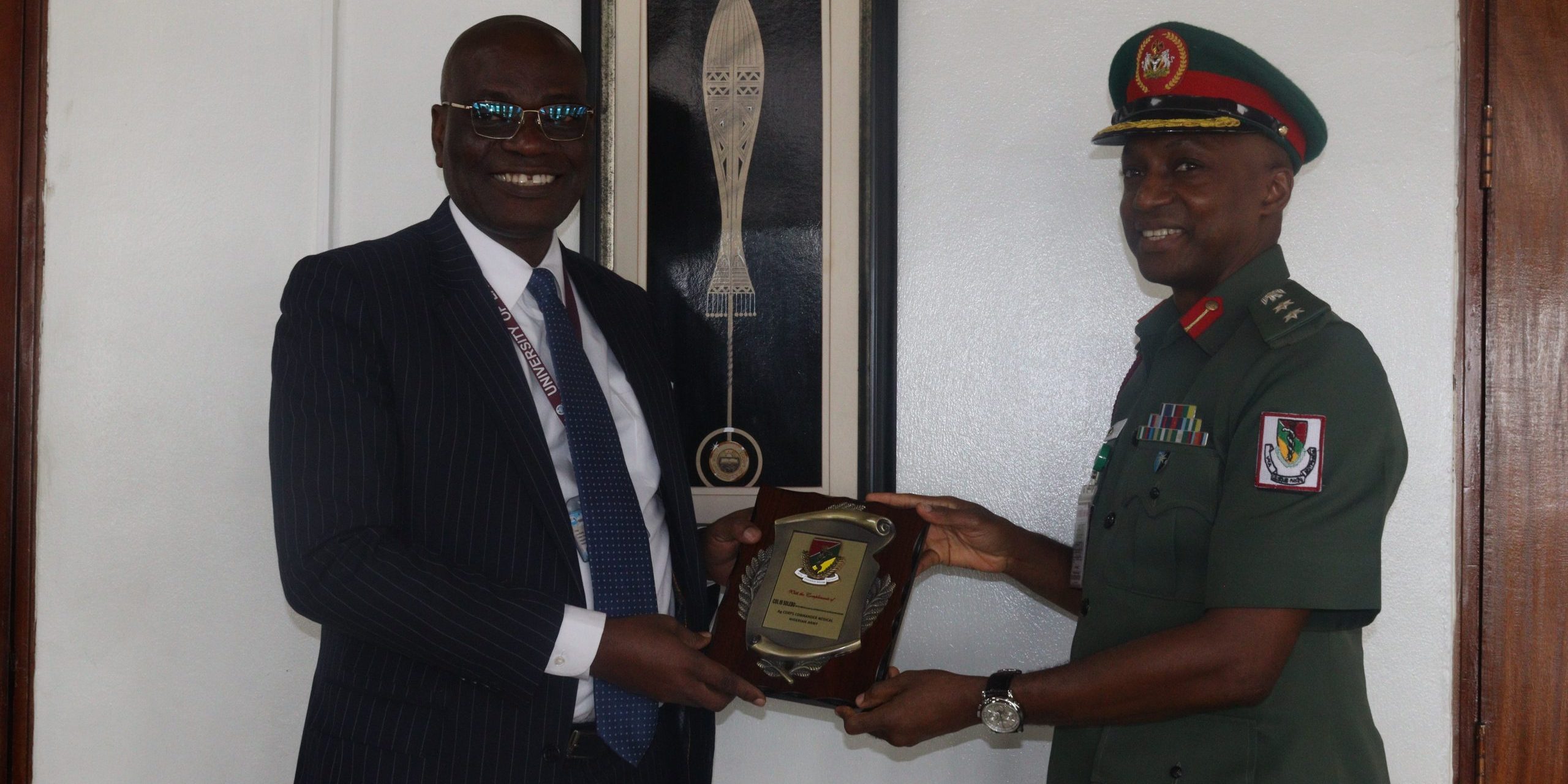 Col. Solebo was with the Vice-Chancellor to intimate him on the level of progress in the Nigerian Army Medical Corps’ mission to expand its medical programmes.

In his response, the Vice-Chancellor, Professor Oluwatoyin Ogundipe congratulated the Nigerian Army on its numerous milestones especially in tertiary education.

Prof. Ogundipe spoke on the efforts so far put into the curriculum development for the proposed Nursing Degree programme of the Nigerian Army College of Nursing, assuring that once the ongoing industrial action embarked upon by the Academic Staff Union of Universities (ASUU) is called off, the Academic Planning Committee and the Senate of the University of Lagos will be duly consulted with relevant documents after which the National Universities Commission (NUC) is expected to give approval.

The Vice-Chancellor is of the opinion that academic collaborations such as this is the way to go with a view to facilitating more students’ exchange programmes and further deepening the scope and quality of engagement between the Nigerian Military and other corporate public and private entities.