UNILAG HANDS OVER SITE TO SNEPCO FOR CONSTRUCTION OF NEW CoE 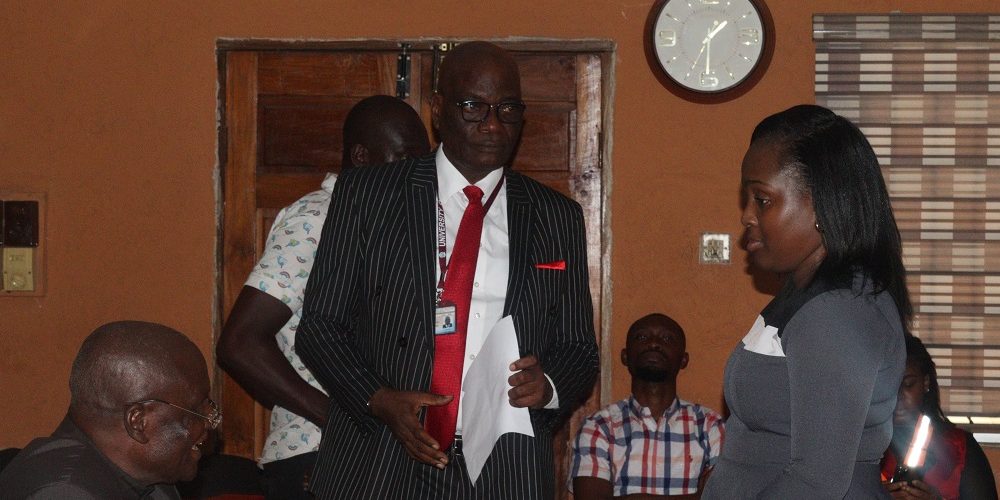 Management of the University of Lagos, on Monday, May 16, 2022, formally handed over the site for the construction of the NNPC/SNEPCO UNIVERSITY OF LAGOS Centre of Excellence (CoE) Project in Geophysics to the donor; Shell Nigeria Exploration and Production Company (SNEPCo).

The project which will be constructed by 225MM Construct Limited is expected be delivered within 36 months.

Speaking at the handing over ceremony which held at the Council Chamber of the University of Lagos, the Vice-Chancellor, Professor Oluwatoyin Ogundipe, FAS, adjudged the ceremony another testimony of the university management’s resilience and unrelenting efforts in the pursuit of partnerships for an all-round development of the institution.

While appreciating the management of Shell Nigeria Exploration and Production Company (SNEPCo) for eventually coming through with its promise on the NNPC/SNEPCO UNIVERSITY OF LAGOS Centre of Excellence (CoE) Project in Geophysics after the long delay, Prof. Ogundipe also specially commended former Deputy Vice-Chancellor, Management Services; Professor Duro Oni and other members of the UNILAG team for their commitment, consistency and efforts all through the pursuit for the actualization of the project.

He assured that, when completed and furnished with all necessary equipment, the NNPC/SNEPCO UNIVERSITY OF LAGOS Centre of Excellence (CoE) Project in Geophysics will go a long way in enhancing researches, trainings and all other programmes being offered in the Department of Geophysics, Geoscience and the entire Faculty of Science.

The Vice-Chancellor also assured of thorough supervision of the project, security of workers and equipment on site as well as optimization of the facility when delivered for use.

In her remarks, Oluwaseun Samson-Olawale who led the team from Shell Nigeria Exploration and Production Company (SNEPCo) said the visit was first to acknowledge and appreciate the management of the University of Lagos for the patience, resilience, commitment, leadership and focused engagement all through the years that the negotiation for the project lasted.

She assured of SNEPCo’s readiness to deliver the project to specification and within reasonable time just as she assured of optimization of designs and resources to match global standards.

The push for a befitting edifice for the University of Lagos Centre of Excellence (CoE) Project in Geophysics, according to Professor Matthew Ilori dates back to 2006, when the Department of Geophysics was established in the Faculty of Science.

Prof. Ilori recalled how several notable Oil Companies were contacted with requests for the modern edifice, appreciated Shell Nigeria Exploration and Production Company (SNEPCo) for accepting the University’s request, attributed the years of delay to changes in leadership at SNEPCo but lauded the company for staying true to its promise.

The centre, according to design, is a four-storey building with a Pent House and a Basement, Mr Ahmed Lawal who spoke on behalf of the Construction Company, 225MM Construct Limited assured that both labour and materials would be mobilized on site immediately. He outlined other features of the ultramodern edifice to include Multifunctional spaces, Lecture Theatres, I.C.T. Section, suitable offices and work spaces for all cadre of academic and non-academic staff, Laboratories, Lecture rooms, an Elevator, a library section, conveniences for all users, centralized Air conditioning system among others.

Management and Friends Celebrate Professor Ogundipe at 62
May 31, 2022