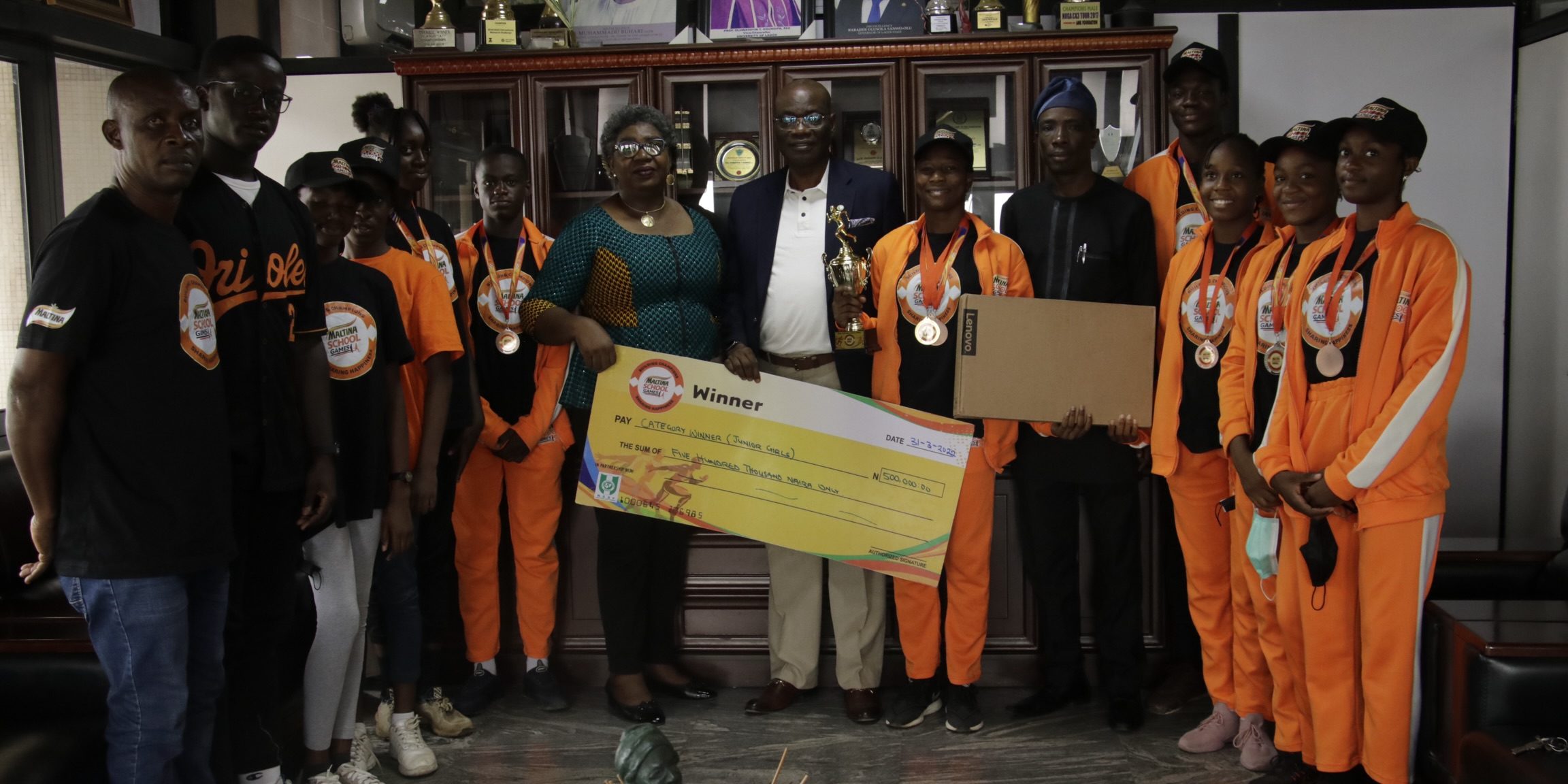 The Professor of Educational Administration was in company of the acting Principal, Mr. Amusan and the Coach of the team, Ernest Ijeoma.

Mohammed Oluwafemisola was the star of the contingent, when she emerged as the most decorated athlete with a Gold medal in the (400m) Athletic event, Bronze in the long jump and 4 x 100m (relay) with a cash reward of N500, 000:00 and a Laptop as prizes won. Other winners includes the school’s sport prefect, Imona Praise who competed and won Bronze in the Long Jump for girls, Jimoh Abdulrahman, Bronze winner in the (400m), Shiro Eniola, Silver (400m); Ameh Theodora, Bronze in the (4 x 100m); Judurat Ayeni, Silver in the (100m) as well as a Bronze medal winner in the (4x100m) relay team. As part of the contingent also were Ikpe Joy and a Junior School Student 1, Udoh Mfom. They all participated in the Track and Field events.

The Vice Chancellor while reacting to their latest feat at the games having also partook in the 2020 and 2021 edition with flying colours emphasized on the need to continue to create the avenue for budding talents of the younger generation to be unearthed. Prof. Ogundipe then charged the students to continue to do their best as young athletes while he assured them the institution will not relent on its oars to continue to support them. Thereafter, as a way to motivate them, he announced cash rewards to the participants.

The ISL athletes were part of the Team Lagos that won with the overall standings with Eleven (11) Gold, Six (6) Silver and Eight (8) Bronze medals at the national finals. After their performances, the Nigeria School Sport Federation (NSSF) announced that three students will be presented from the school to participate in the World School Athletics Trial to be staged in France from the 13th – 22nd May, 2022.

Meanwhile, for her heroics, Mohammed Oluwafemisola will participate at an international championship through the Maltina sponsorship to represent the country later this year in China.