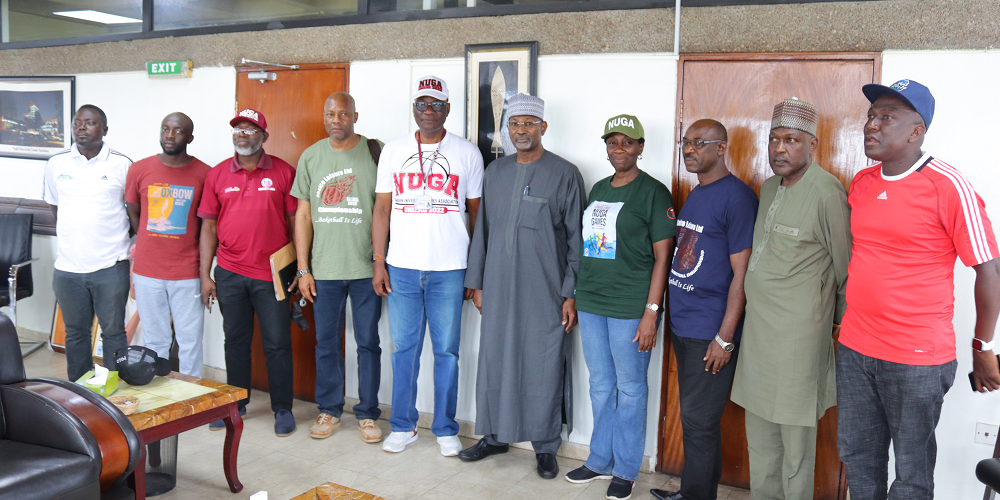 The former Chairman of the Independent National Electoral Commission (INEC) commended Professor Ogundipe for his leadership of the University, and how he has steered the institution through stormy times.

“It is not easy to manage a university in our country, even though it normally should be”, the renowned professor of Political Science said.

He congratulated the University of Lagos for an exceptional hosting of the 26th NUGA Games, giving the assurance that his university would learn as much it could from UNILAG in its bid to make a success of its hosting aspiration.

The Vice-Chancellor of UNIJOS, Professor Tanko Ishaya, was also on hand to reinforce the position of Professor Jega.  He congratulated UNILAG for a successful hosting of the NUGA Games. He promised that UNIJOS will pick up the gauntlet and will strive to outperform the University of Lagos in their bid to host the 27th Edition of the university games.

“Everything that you see here is about people and team work”, Vice-Chancellor Ogundipe said in response.

He emphasised how much his leadership has relied on leveraging relationships, within and outside the university community in order to get things done. That model, according to him, has helped UNILAG to rack up many achievements in a cost-efficient manner, and sustainably so.

He also promised that UNILAG will give 100% support to UNIJOS in its quest to host the next NUGA Games. Also present at the meeting were the Deputy Vice-Chancellor (Development Services), Professor Ayodele Atsenuwa, UNIJOS Registrar, Mr. Monday Danjem; Representative of the Bursar, Mr. Adamu Akzi; Chairman of the Sports Committee, Mr. Anthony Joro; Mr. Theophilus Maimako; and Mr, Idi Jurme