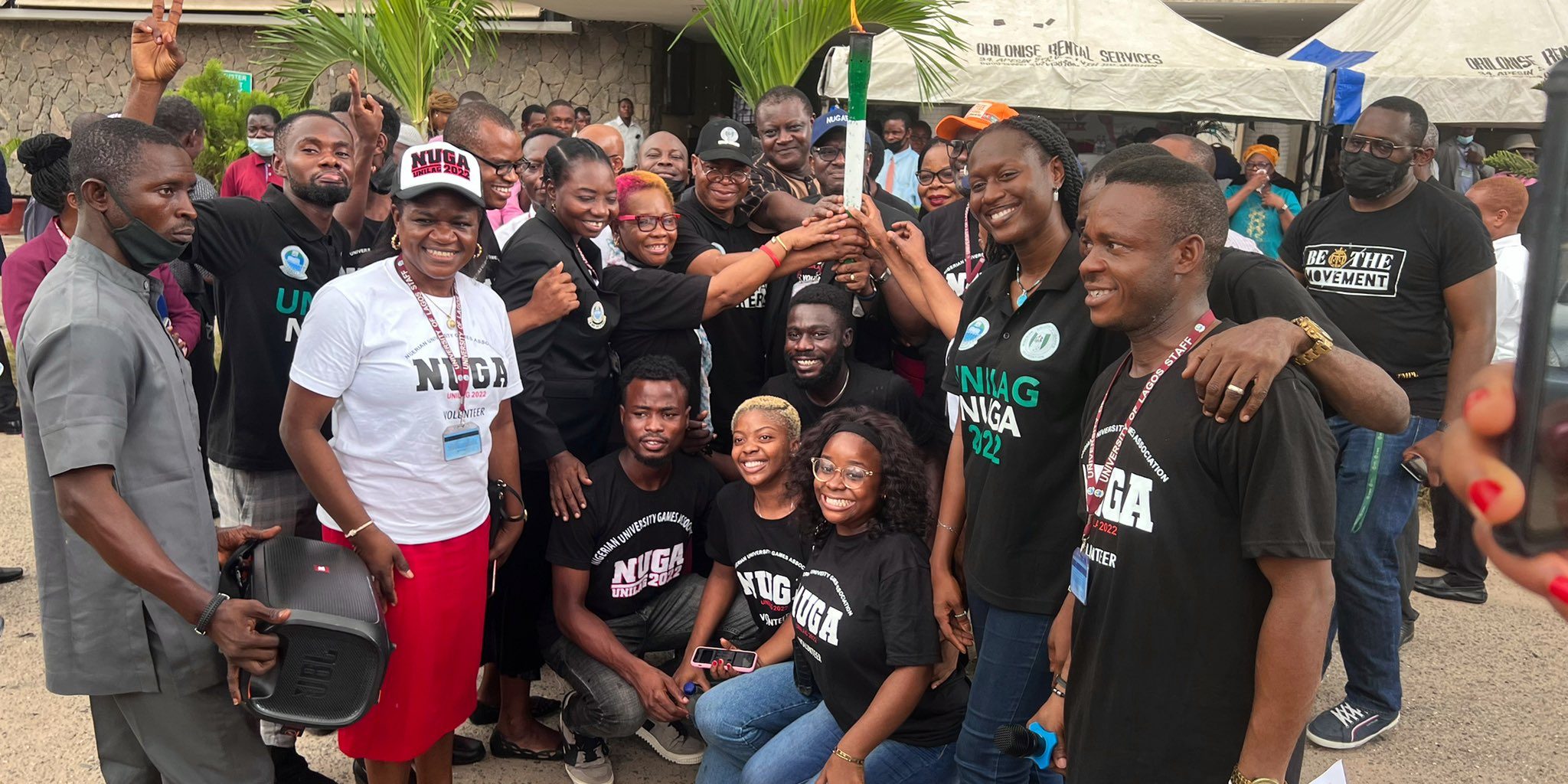 The Nigerian Universities Games Association (NUGA) Games Torch of Unity was taken to the College of Medicine, Idi-Araba, Lagos on Tuesday, March 15, 2022.

The Provost, College of Medicine, University of Lagos, Prof. David Oke, expressed delight at the NUGA Torch of Unity being brought to the College. He appreciated the NUGA Secretariat for deeming it fit to bring the torch to the College and pledged unalloyed support towards the Games. He also pledged a sum of two (2) million naira to the Games.

The Deputy Vice-Chancellor, Development Services, Prof. Ayodele Atsenuwa stated that the NUGA Games, being the 26th edition, was created for recreation purposes as well as providing a platform for the development of world class sportsmen and women.

She revealed that the University is hosting the Games for the fourth year; it had hosted it in 1968, 1978, 1998 and had bid for hosting rights in 2018, but was unable to host the Games due to circumstances. She stated that the University now has an international cricket pitch and a football pitch, an Olympic size swimming pool, and that all courts had been upgraded. She also noted that it was important for the Torch to get to the College as several students of the College are participants in the Games.

Prof. Atsenuwa enjoined the entire College community to join the Games onsite and/or online. Also, she enjoined them to join the NUGA Scientific Conference scheduled for Wednesday, March 23, 2022.