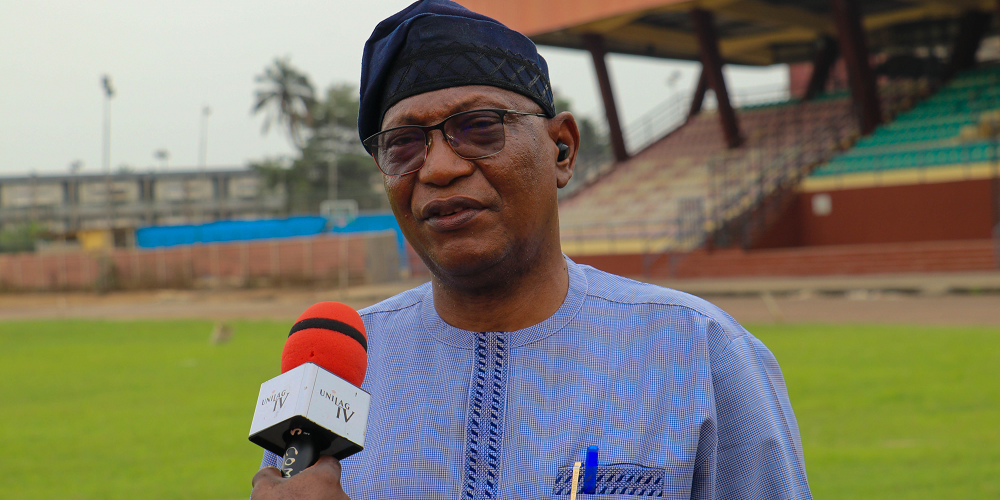 The Main Organizing Committee (MOC) of the Nigerian University Games Association (NUGA), led by the NUGA President, Professor Stephen Hamafyelto, has commended the University of Lagos for choosing to make the 26th NUGA Games coming up in the university a “City Games”.

In a chat with newsmen at the UNILAG Sports Complex on Thursday, February 17, 2022, Professor Hamafyelto gave thumbs up to the UNILAG management alongside the Local Organizing Committee for the volume of efforts so far put in place with a view to ensuring a successful showcasing of the University games.

While giving his assessment having led other members of the NUGA Main Organizing Committee (MOC) on a tour of facilities being put in place for the Universities’ Sports fiesta at the UNILAG Sports Complex and other designated facilities, the NUGA President described the city games as a noble idea which will give the 26th NUGA more visibility as well as accord participants and athletes a feel of the aesthetics and beauties across the Lagos landscape.

Prof. Hamafyelto reaffirmed the NUGA Secretariat’s mandate to always have all gaming facilities domiciled on the campus of each hosting institution, he however decried the paucity of funds, a situation which has hampered many efforts within and beyond sports.

The NUGA boss who also heads the Main Organizing Committee (MOC) applauded the UNILAG management for thinking out of the box and for harnessing available facilities across Lagos State, a development which Prof. Hamafyelto says, will add value to the games and also encourage public participation.

Speaking on the ongoing one-month warning strike by the Academic Staff Union of Universities (ASUU) which began on Monday, February 14, 2022, Prof. Hamafyelto reiterated the union’s assurance given to management that the industrial action will not disturb the games.

While passing a vote of confidence in the LOC to stage a glamorous opening ceremony come March 16, 2022, the NUGA President expressed preference for calisthenics and other colourful activities which x-rays culture rather than the status quo.

The NUGA Main Organizing Committee led by Prof. Stephen Hamafyelto had, on Wednesday, February 16, 2022, paid a courtesy visit to the office of the Vice-Chancellor, University of Lagos, Prof Oluwatoyin Ogundipe, FAS, during which the committee assured of the NUGA secretariat’s readiness to provide all required guidance as the clock races down to the March 16 kick-off date.