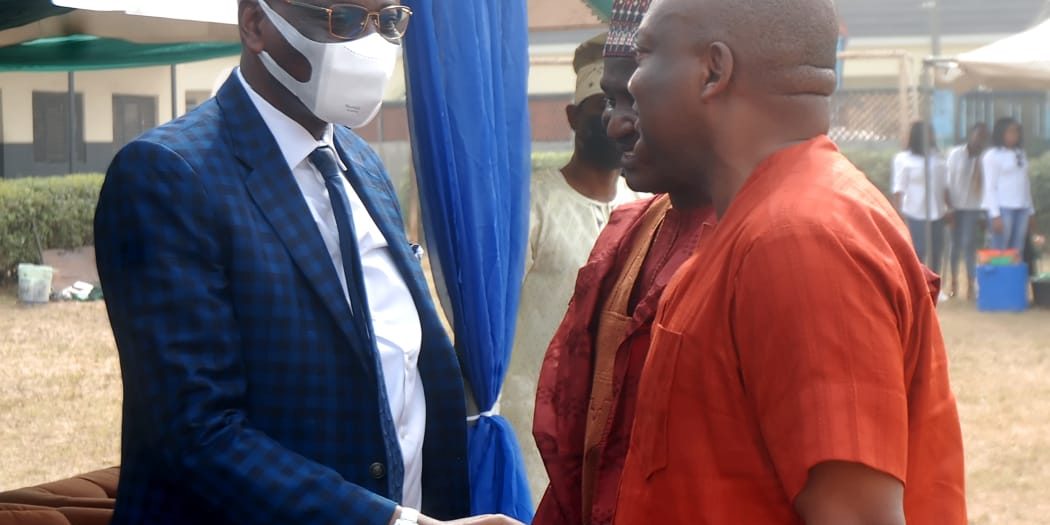 The Vice-Chancellor, University of Lagos, Professor Oluwatoyin Ogundipe, FAS, was the Special Guest at the West African Social Activities (WASA) of the Nigerian Army Education Corps Headquarters which held on Saturday, January 29, 2022.

The ceremony which took place at the AN barracks, Yaba, Lagos according to the General Officer Commanding (GOC) Division 81 of the Nigerian Army, Major General Lawrence Fejokwu is an age long tradition of the Nigerian military aimed at fostering unity among the rank and file as well as drawing civilian friends of the military closer for improved understanding.

General Fejokwu who was the Special Guest of Honour at the ceremony charged the officers and men of the military to remain disciplined, loyal and committed to the ideals of the Nigerian Army.

In his goodwill remarks to the gathering, Professor Oluwatoyin Ogundipe, FAS, congratulated all officers of the Nigeria Army Education Corps on the gathering which also serves as a forum to celebrate the successes of the year 2021 as well as to boost the morale of every officer for tasks ahead in the year 2022.

While underscoring the indispensability of the military in upholding National territorial integrity and warding off external aggression, Prof. Ogundipe charged the military men not to be discouraged or distracted by the antics of detractors who are keen on destabilizing Nigeria through insecurity.

Remarks and goodwill messages from other speakers at the event all touched on the importance of loyalty and absolute commitment to National course among the military rank and file as well as a sense of oneness and fellowship which the annual West African Social Activities (WASA) is meant to promote. Highlights of the celebration included different cultural and indigenous performances by students from Command Day Secondary Schools across Lagos with their performances all showcasing the richness and uniqueness of the various indigenous tribes across Nigeria