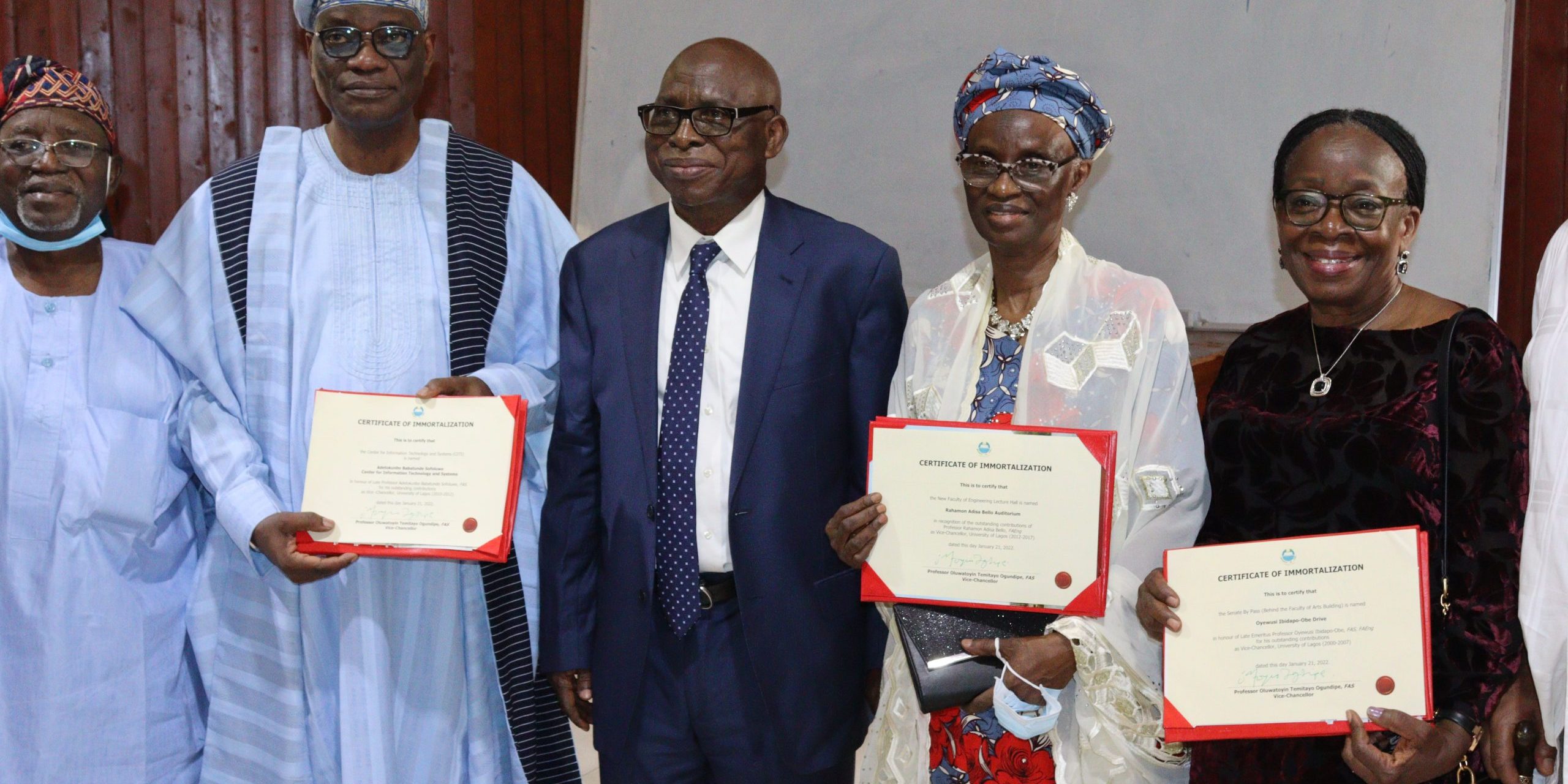 Three former Vice-Chancellors of the University of Lagos were on Friday, January 21, 2022 immortalized with three legacy projects on the UNILAG campus, Akoka, named after them.

Project named after late Emeritus Professor Oyewusi Ibidapo-Obe is the Senate bye pass road which was constructed while he served as Vice-Chancellor and was commissioned in 2006 by then President; Chief Olusegun Obasanjo.

The University of Lagos Centre for Information and Technology Systems (CITS) was named after the late Professor Adetokunbo Babatunde Sofoluwe while the second wing of the Julius Berger Lecture Hall situated at the Faculty of Engineering which was jointly funded by the Julius Berger Construction Company and the Federal Government through the FGN Needs Assessment Project 2013 was named after Professor Rahamon Bello.

The ceremony held as part of activities to climax the 52nd Convocation Ceremonies of the University of Lagos.

The immortalization of the three past Vice-Chancellors which came with the presentation of Certificates of Immortalization according to Professor Ogundipe was borne out of the need to acknowledge and appreciate their outstanding commitments, worthy services and sterling achievements while in office.

While playing glowing tributes to each of the three former Vice-Chancellors, Prof. Ogundipe noted that the immortalization ceremony also underscores his personal believe in institutional loyalty and faith in appointed leaders, virtues he said, must be cultivated by anyone aspiring to lead and succeed in leadership positions.

Responding on behalf of those being immortalized, Professor Rahamon Bello was filled with gratitude to the senate and management of the university for the honour.

While commending his successor and incumbent Vice-Chancellor, Prof. Oluwatoyin Ogundipe, FAS, for sustaining UNILAG’s tradition of celebrating and immortalizing its past leaders, Prof. Bello dedicated the Julius Berger Lecture Hall named after him to all those who served with him while in office. He also prayed for continued growth, peace and progress in the University.