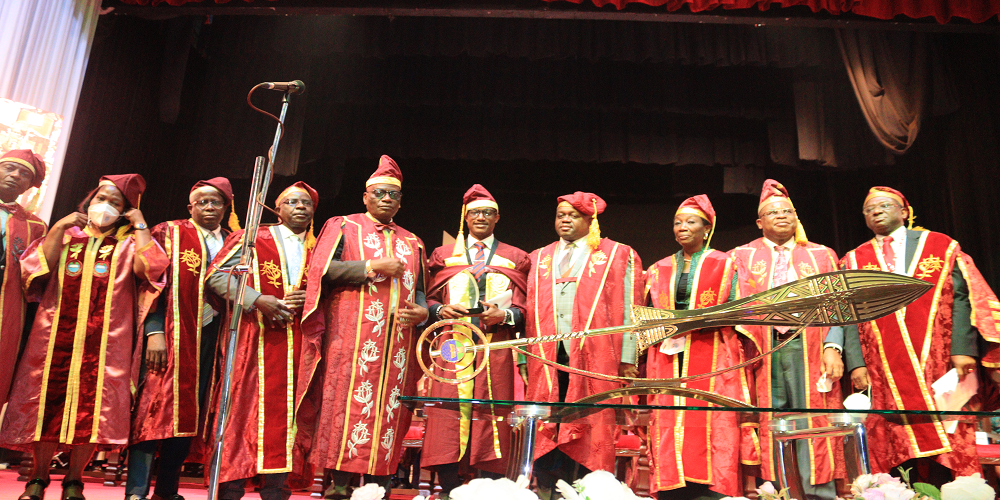 Endless rounds of applause greeted every mention of his name as he was called to the podium to receive the numerous prizes attached to the courses in which he performed superlatively.

“Without undermining the efforts of you my fellow graduands, I will say this is a result of God’s grace, hardwork, and resilience”, Mr. Atanranshe said while giving his speech.

On behalf of the graduating set, he showered encomiums on all the stakeholders that made their graduation a reality, ranging from their parents to the Management of the university. He expressed earnest gratitude for the privilege to become “Great Akokites”.

The Morning Session was for graduands from the Faculties of Engineering, Management Sciences, and Law.

Graduating Students from Basic Medical Sciences, Clinical Sciences, Dental Sciences, Pharmacy, and Distance Learning were the ones admitted to their various degree in the Afternoon Session.

Another highlight of Day Two was the award of cash prizes to five Engineering graduates whose projects were adjudged as having business potentials. The prizes range from Five Hundred Thousand to the 5th Position to Two Million Naira awarded to the 1st Position.

The colourful event was well-attended, preceding the third and last day of the Convocation Ceremonies, a day on which postgraduate degrees will be conferred on deserving students.