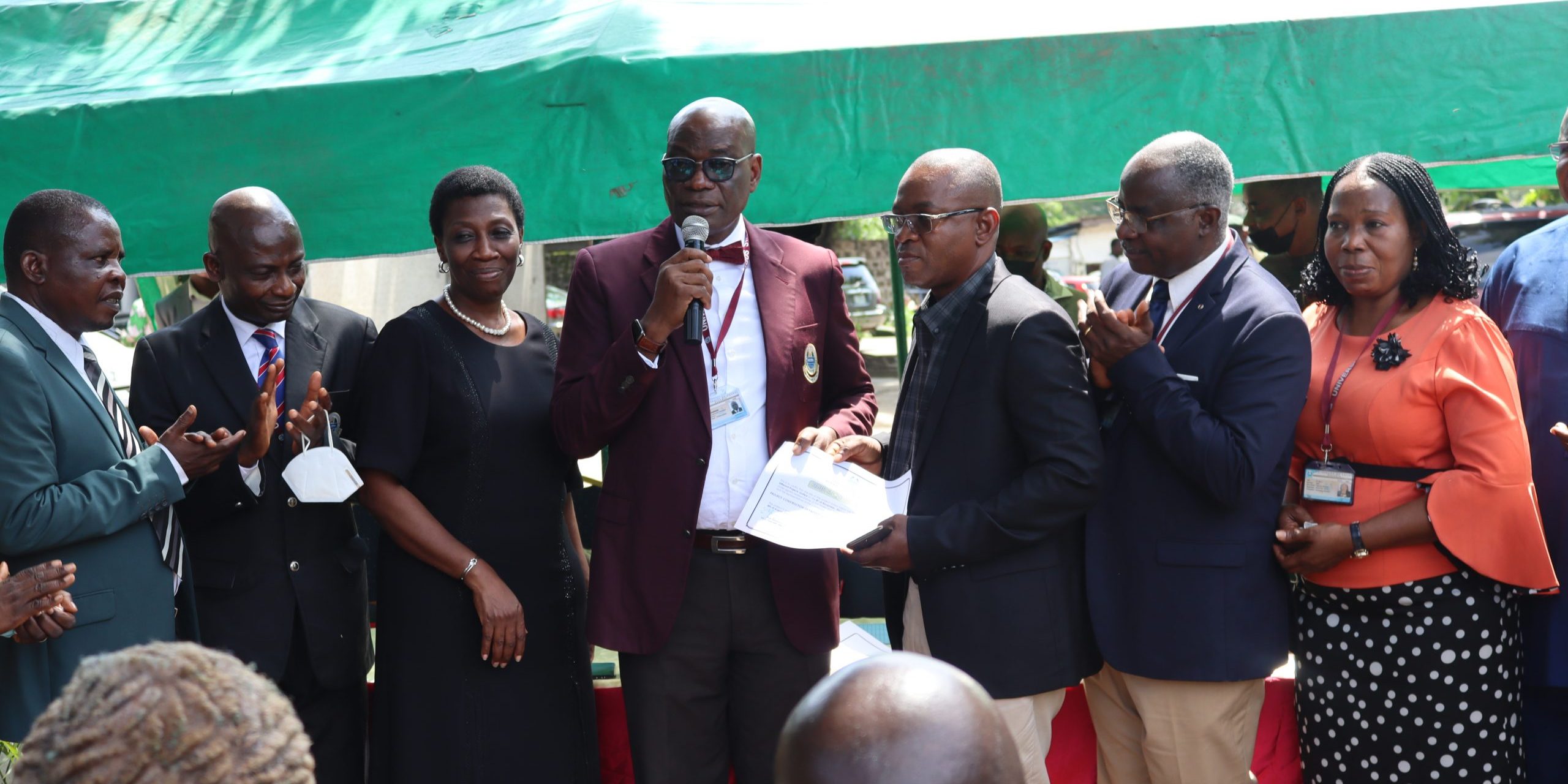 Management of the University of Lagos, on Monday, November 8, 2021, handed over site for the construction of a new Faculty of Education building to the contractor.

The brief ceremony which held at the Faculty signals the commencement of work with May 2022 as expected completion date.

Speaking shortly before signing the hand-over papers, the Vice-Chancellor, Professor Oluwatoyin Ogundipe, FAS, described the project as one which marks a new dawn for all staff of the Faculty led by the Dean, Prof. Monday Ubanga.

The project, according to Prof. Ogundipe, is being funded with the combined 2019 and 2020 Annual Intervention Fund of TETFund.

The Vice-Chancellor announced to the delight of the entire gathering that the university’s Institute of Marine Studies and Faculty of Science will also be getting new buildings soon just as the Distance Learning Institute (DLI) will be rescoped.

In his remarks, the Project Manager, Engineer Babatunde Awode who represented the Project Contractor, M/S Different Project Limited assured of the company’s readiness to deliver to specification and in record time.

It would be recalled that the Federal Government had on Monday, September 20, 2021 granted approval for the construction of a new Faculty of Education building in the University of Lagos.

The new building with its External Works is to be undertaken by M/S Different Project Limited at a contract sum of N488,194,149.58k (Four hundred and eighty-eight million, One hundred and ninety-four thousand, one hundred and forty-nine-naira, fifty-eight kobo) inclusive of all taxes.

The project is to be jointly funded with the sum of N483, 426,697.62k (Four hundred and eighty-three million, Four hundred and twenty-six thousand, six hundred and ninety-seven naira, sixty-two kobo), contained in the 2019-2020 Tertiary Education Trust (TET)Fund Merged Annual Intervention (2020R/FX577:Approval-in-Principle), while the balance of N4,767,451.95k (Four million, seven hundred and sixty-seven thousand, four hundred and fifty-one naira, ninety-five kobo) will be provided by the University’s Internally Generated Revenue (IGR).

The building project will comprise of lecture rooms, offices (all en-suite), secretarial offices, boardrooms and conveniences. The new faculty building also comes with supply, installation and testing of equipment and furniture to conform with set standards.