NDLEA Chairman Brings Advocacy Against Legalisation of Cannabis to UNILAG 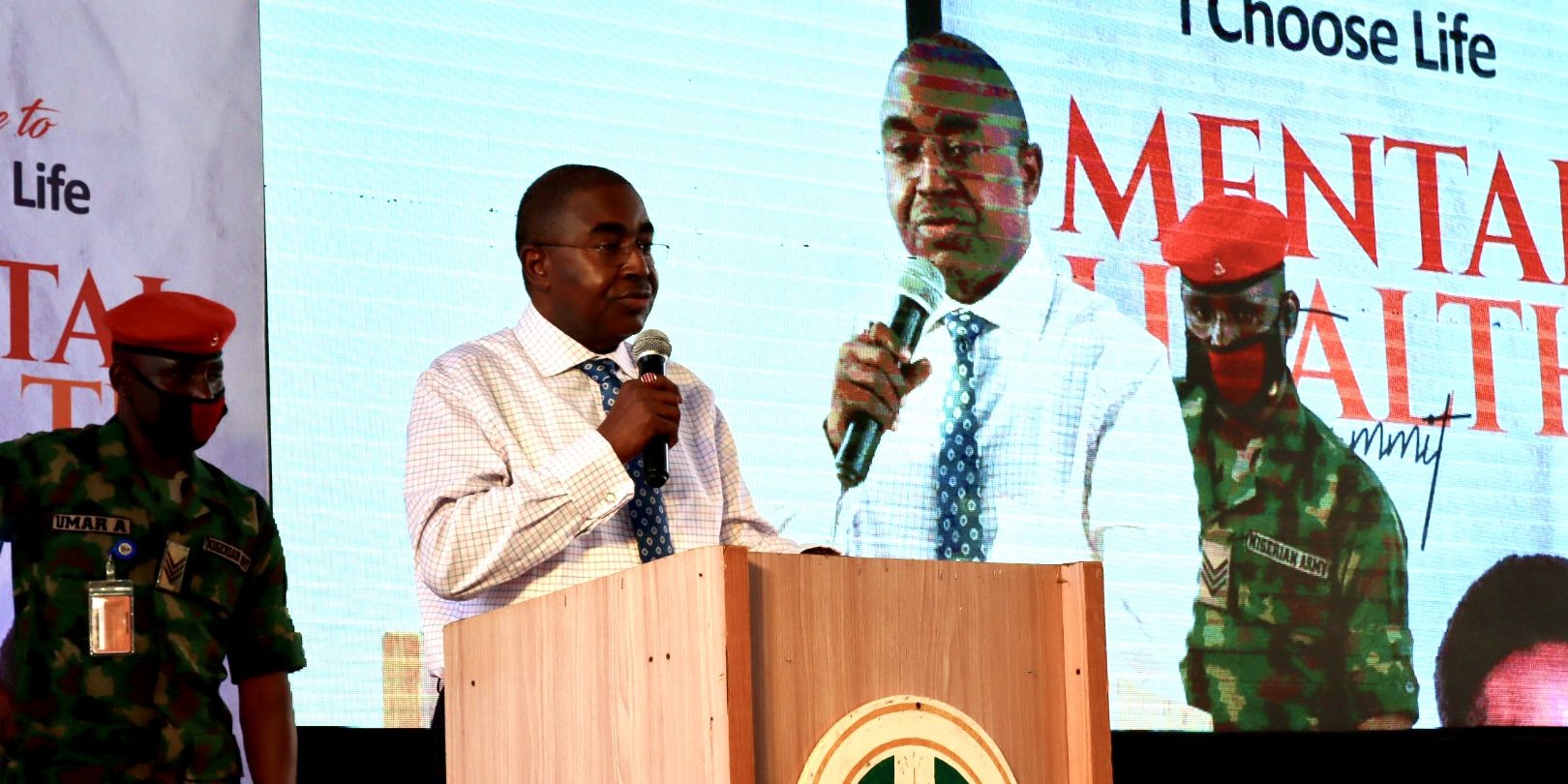 Chairman, National Drug Law Enforcement Agency (NDLEA), Brigadier General Mohammed Buba Marwa (Retd) has advocated the need for every Nigerian to resist attempts by some stakeholders to legalize the cultivation, usage and consumption of Cannabis sativa in Nigeria.

Speaking on Friday, October 29, 2021 at the University of Lagos (UNILAG) where he was the special guest of honour at a Mental Health Summit organised by the I Choose Life Foundation, the former Lagos State Governor implored Nigerians to immediately prevail on their representatives in the National Assembly, especially those in the Green Chamber, to halt further works on “The Bill to Legalize the Cultivation and Usage of Industrial Hemp Plants for Medical and Scientific Research”, which recently passed second reading.

Citing reports by the World Health Organization (WHO) which establishes the harmful effects of Cannabis on human organs, the NDLEA boss warned that there are no scientific evidences to supports claims of curative properties of Cannabis as being propagated in some quarters.

If allowed, Gen. Marwa noted, the legalization of Cannabis or any hard substance in Nigeria will lead to a surge in cases of psychosis and other aliments attributable to drugs/substance abuse thereby sabotaging the efforts of governments at different levels to tame the scourge of illicit drug trafficking and substance abuse in Nigeria.

He reaffirmed the federal government’s readiness to increase the number of Counselling and Rehabilitation Centres across the country with a view to helping the over 10 million Nigerians who are reportedly victims of drugs and substance abuse.

In his keynote presentation at the Summit which was attended by secondary school students, survivors of drug abuse, Medical professionals, Mental health and wellness experts among other stakeholders, Commissioner for Justice and Attorney General of Ogun State, Mr. Akingbolahan Adeniran, who is also a Non-Executive Director of the I Choose Life Foundation, called for a multi-stakeholder approach to addressing substance abuse among Nigerians.

Mr. Adeniran recommended decriminalization and depenalization of drug related offences just as he called for more emphasis on educative and rehabilitative measures in dealing with such cases.

Speaking on behalf of the Vice-Chancellor, University of Lagos, Professor Oluwatoyin Ogundipe, FAS, Director, Academic Planning Unit, Prof Mopelola Olusakin harped on the need for parents and guardians to seek proper knowledge and counselling on best ways to correct their children and wards especially when it involves sensitive cases such as drug/substance abuse.

The professor of Counselling Psychology warned that wrong corrective measures will not only be counterproductive but also lead to an aggravation of crimes and criminal tendencies.

There were goodwill messages and remarks from other dignitaries which all centred on the need for all Nigerians to embrace healthy living, resist every attempt or pressure which could lure them into drugs/substance abuse and also rally support for victims of drug/substance abuse.

Brid. Gen. Buba Marwa was earlier at the office of the Vice-Chancellor, University of Lagos, where he solicited the support and cooperation of the university management in setting up Drug-Free Clubs among students being part of initiatives to stem the tide of drugs and substance abuse among students of tertiary institutions.

While welcoming the NDLEA chairman, Professor Oluwatoyin Ogundipe, FAS, represented by Professor Oluwole B. Familoni, Deputy Vice-Chancellor (Academics & Research) congratulated him on his remarkable record of achievements since he assumed office and assured him that the University of Lagos has been leaving no stone unturned in ridding the campus of illicit drugs as well as warding off the antics of prospective intruders especially from the slums around the campus community.