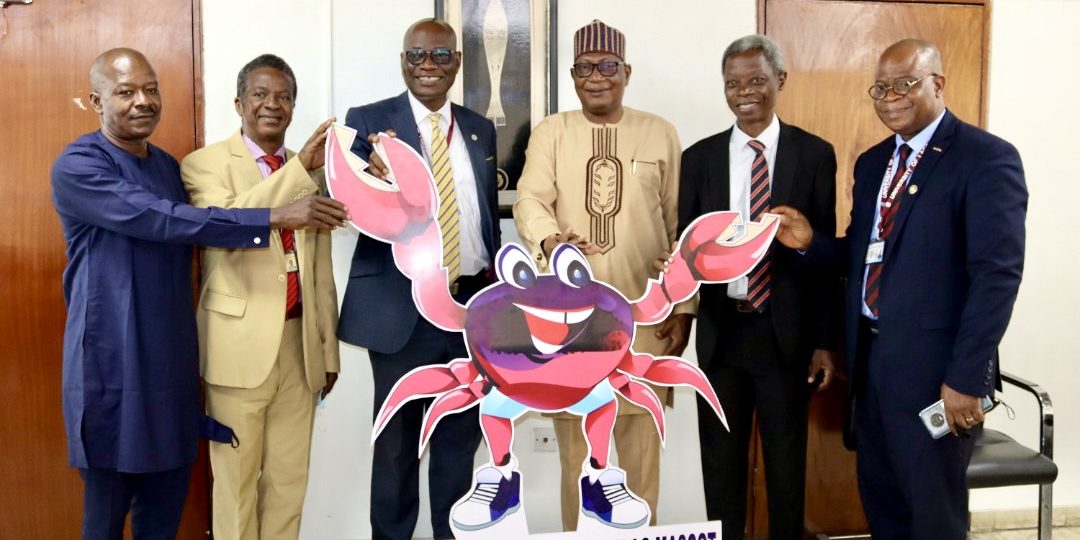 The Vice-Chancellor appreciated the NUGA executives for bestowing the honour of hosting the 26th NUGA Games upon the University of Lagos. He informed the executives of the University’s proposal to have the games scheduled for 16th – 26th March 2021. The date was carefully selected after putting several factors into consideration and will help restore the NUGA Games to its tradition of holding the games in the month of March.

The Vice-Chancellor further expressed the University’s intention to have the activities of the Games spread across the cosmopolitan city of Lagos State to enhance commerce in the State. He disclosed that the University is in communication with the Lagos State government for security and transportation support during the period of the Games.

Prof. Hamafyelto, NUGA President, appreciated the Vice-Chancellor for his warm reception and hospitality. He commended the University at large for the professionalism of its staff and expressed the Associations hopes for a perfect execution of the games.

Thereafter, there were presentation of souvenirs and group photographs.