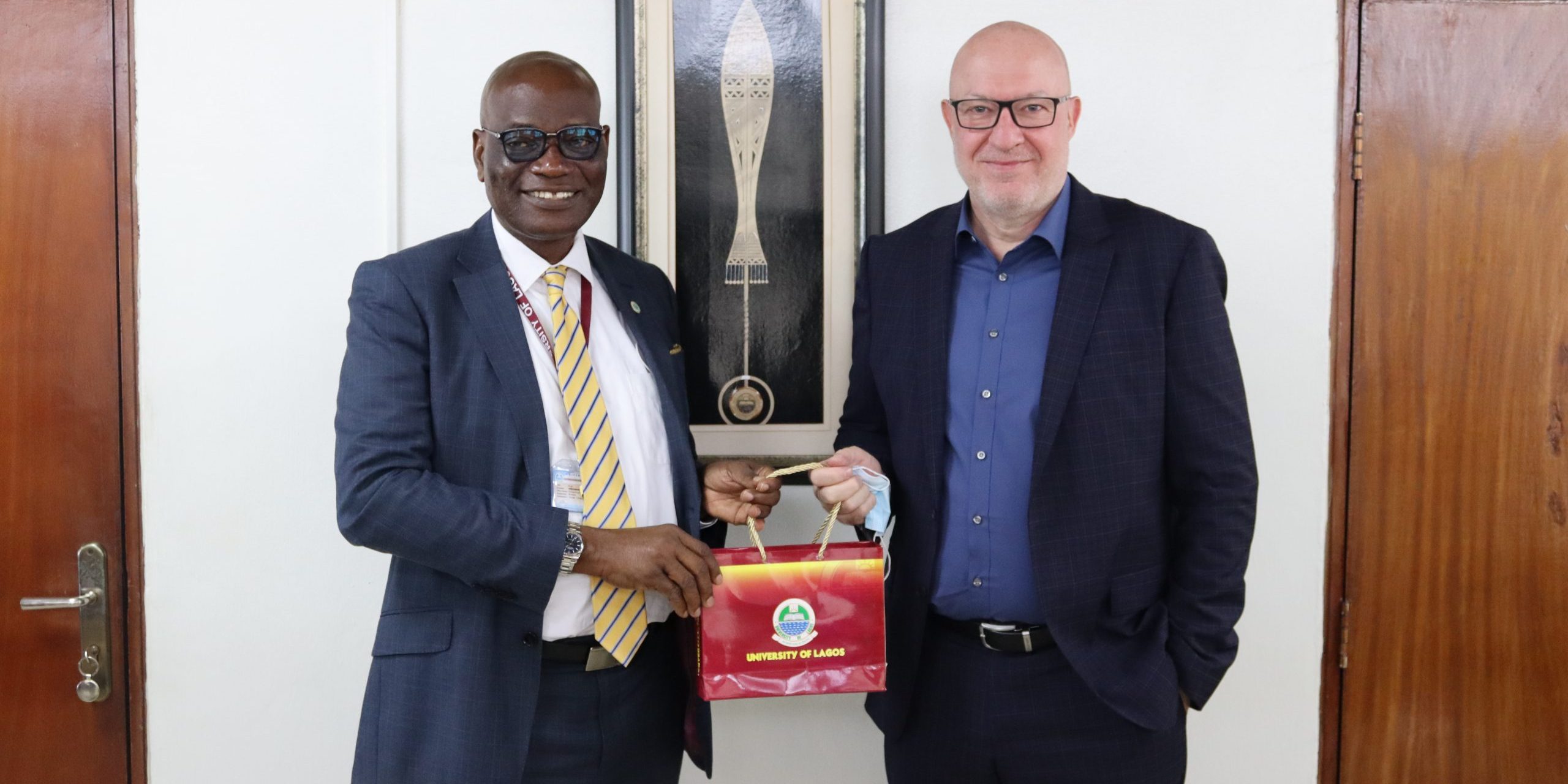 Consular-General of Switzerland, Mr. Thomas Schneider paid a courtesy call on the Vice Chancellor, Prof. Oluwatoyin T. Ogundipe, FAS on Wednesday, 27th October 2021 in his office at the Senate House.

The Diplomat remarked he was in the university to open up discussion on several areas of interest particularly academic exchange programmes.  He explained to Professor Ogundipe that deepening of trade relations between the two countries is the utmost priority of the embassy. He said Nigeria is the largest economy on the continent of Africa and the most populous one, and the University being a strong institution would be willing to support the diversification of the Nigerian economy and the renewal of the two countries trade relations, especially through science, technology and innovation systems and others.

Mr. Schneider underlined the importance of establishing strong partnerships with Africans in the struggle against climate change, population growth and extreme poverty, among other global challenges.

The Vice Chancellor thanked the Consular General for his visit to the university. He said the University of Lagos is critical of its rating internationally and have made giant strides to see that there is an upgrade in social change through the establishment of an Entrepreneurship Centre. A move, he posited has seen the application of entrepreneurial principles, processes and operations raised and has consequently helped identify social problems and proffer solutions to them.

Prof. Ogundipe reiterated the importance of staff and students exchange programmes between the University and universities in Switzerland while he assured that both countries could achieve lots together.